After the chaos of recent days, anti-government protesters in Sri Lanka announced Thursday their intention to vacate public buildings occupied during the last days of protests against the leaders that have led them to the greatest economic crisis in their modern history. 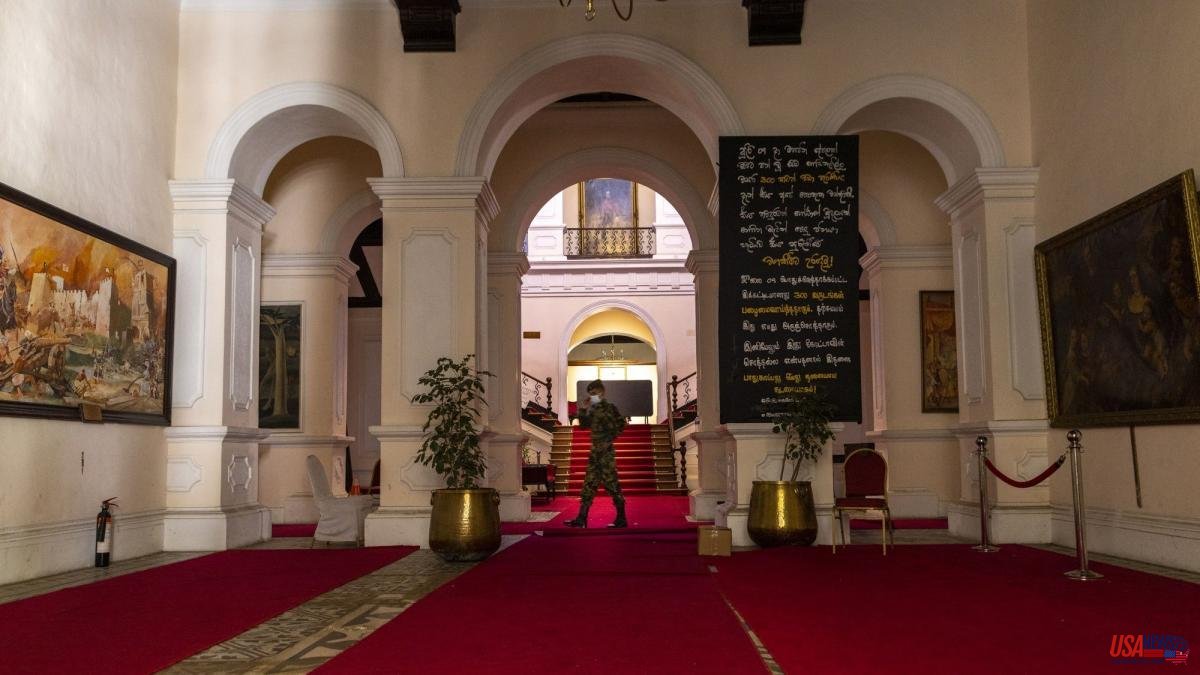 After the chaos of recent days, anti-government protesters in Sri Lanka announced Thursday their intention to vacate public buildings occupied during the last days of protests against the leaders that have led them to the greatest economic crisis in their modern history.

"We peacefully withdraw from the presidential palace, the presidential secretariat and the prime minister's office with immediate effect, but we will continue our fight," Swasthika Arulingam, one of the representatives of the massive demonstrations that have been taking place for months, told the media today. in Colombo.

Sri Lanka is experiencing the worst financial and institutional crisis in its history. The economic mismanagement of its leaders has bankrupted the country and caused shortages of food, fuel and other essential goods among a large part of its 22 million inhabitants. Colombo defaulted on its $51 billion foreign debt in April and is in talks with the IMF over a possible bailout.

After months of protests, mostly peaceful, the protesters raised the tone this weekend with the invasion of the office of the president, the controversial Gotabaya Rjapaksa, whom they consider the main culprit of the crisis. Since then, the building, some 200 years old, has become a kind of tourist attraction open to the public where thousands of Sri Lankans have come to see firsthand the privileges that surround the lives of their leaders, leaving picturesque scenes of citizens taking a dip in its pool or resting in one of the comfortable beds in its many rooms.

Meanwhile, after several days in unknown whereabouts, yesterday it was learned that Rajapaksa fled by plane with his wife to Maldives, from where today he headed to Singapore on a Saudi airlines plane. It is unknown if he will stay in the small city-state or from there he will fly to a third country that will take him in permanently.

Shortly after his flight yesterday, Rajapaksa communicated through the Speaker of Parliament that he had appointed the Prime Minister, Ranil Wickremesinghe, as interim president and assured that he would formally announce his resignation, something that ultimately did not happen. After learning of his departure, thousands of protesters took to the streets again and occupied the prime minister's office to demand the immediate resignation of both leaders. They also occupied one of the public television offices.

“The people in this struggle have never been violent. They have always been peaceful, and the occupation has always been peaceful. These buildings are owned by people. They are not private property of anyone and people have the right to occupy them”, said Arulingam from the Galle Face park, in the surroundings of the Presidential Secretariat. According to him, the demonstrators will remain in the park, the nerve center of the protests, until President Rajapaksa, and the newly appointed acting president Wickremesinghe resign.

Rajapaska, 73, finally sent his resignation to Parliament by email on Thursday. For his part, Wickremesinghe yesterday demanded the evacuation of those buildings, decreed a state of emergency and curfew and instructed the security forces to do "whatever is necessary to restore order." A 26-year-old man died in the vicinity of the prime minister's office and 84 were injured during the various protests that marked the day.

Now, the whole world awaits the arrival of Rajapaksa's official letter of resignation to Parliament, necessary to continue with the political transition.

In principle, Parliament is expected to elect the country's new president on July 20. Among the candidates for the post would be a MP from the Sri Lankan Popular Front, loyal to the Rajapaksa and with a majority of the seats, and the opposition leader, Sajith Premadasa, son of the president killed in a terrorist attack in 1993.