The Spotify logo already appears on the façade of the Camp Nou, which now shares its name with that of the Swedish company. 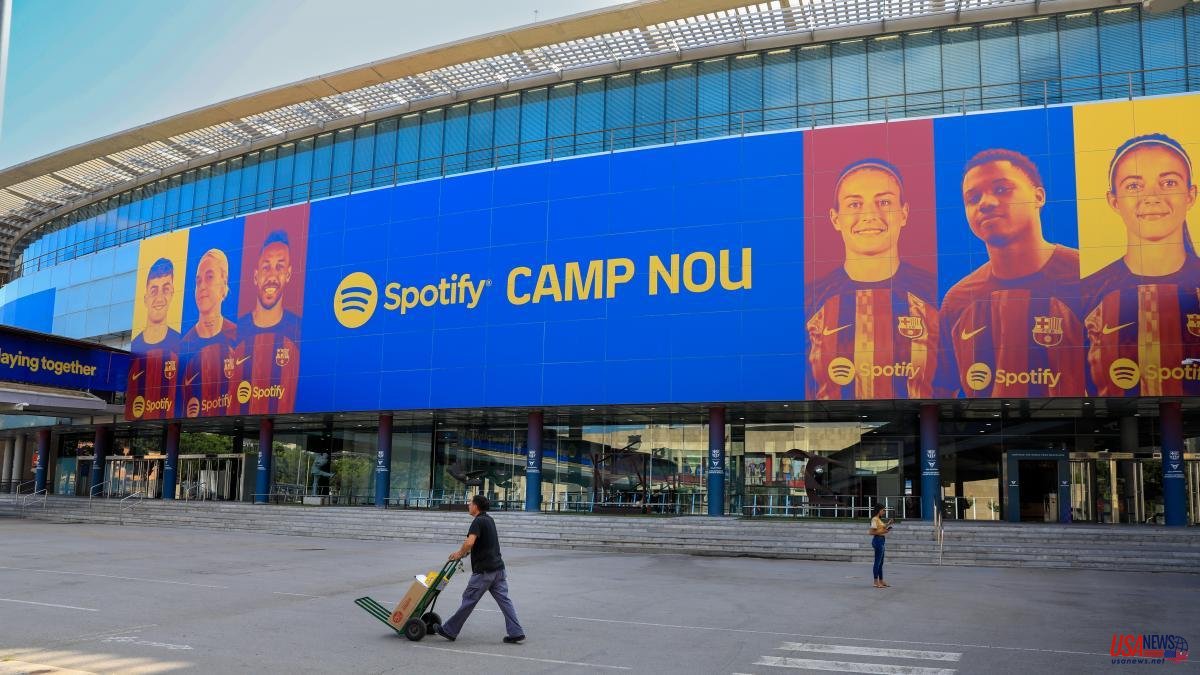 The Spotify logo already appears on the façade of the Camp Nou, which now shares its name with that of the Swedish company. This Friday the sponsorship agreement between Barça and the musical platform comes into force, which will show off its brand both in the stadium and on the front of the shirts of the men's and women's teams of the Barcelona team. For the first time both men and women share a sponsor and for the first time the stars of the women's team appear on the façade of the stadium. The chosen ones have been Mapi León, Alexia Putellas and Aitana Bonmatí, who are accompanied by Ansu Fati, Pedri and Aubameyang. Regarding Rakuten's last facade, only Ansu Fati repeats (the others were Memphis, Piqué, Busquets, De Jong and Ter Stegen).

In addition to outside the stadium, Spotify will also have a presence inside the venue, in the seats of the stands, on the benches and at the foot of the pitch. The press room and different advertising panels will be other spaces where the name of the platform will be read.

Spotify will contribute around 60 million euros per season for displaying its logo on the front of the first team and women's jerseys for the next four seasons. Barça will also enter another five million euros in exchange for the Swedish company's logo appearing on the back of both teams' training clothes for three seasons. The stadium is renamed Spotify Camp Nou for around five million a year while the remodeling works are in progress. In total, about 280 million euros.