There are films with very similar themes that have had the misfortune to coincide in time and have been forced to fall into oblivion. 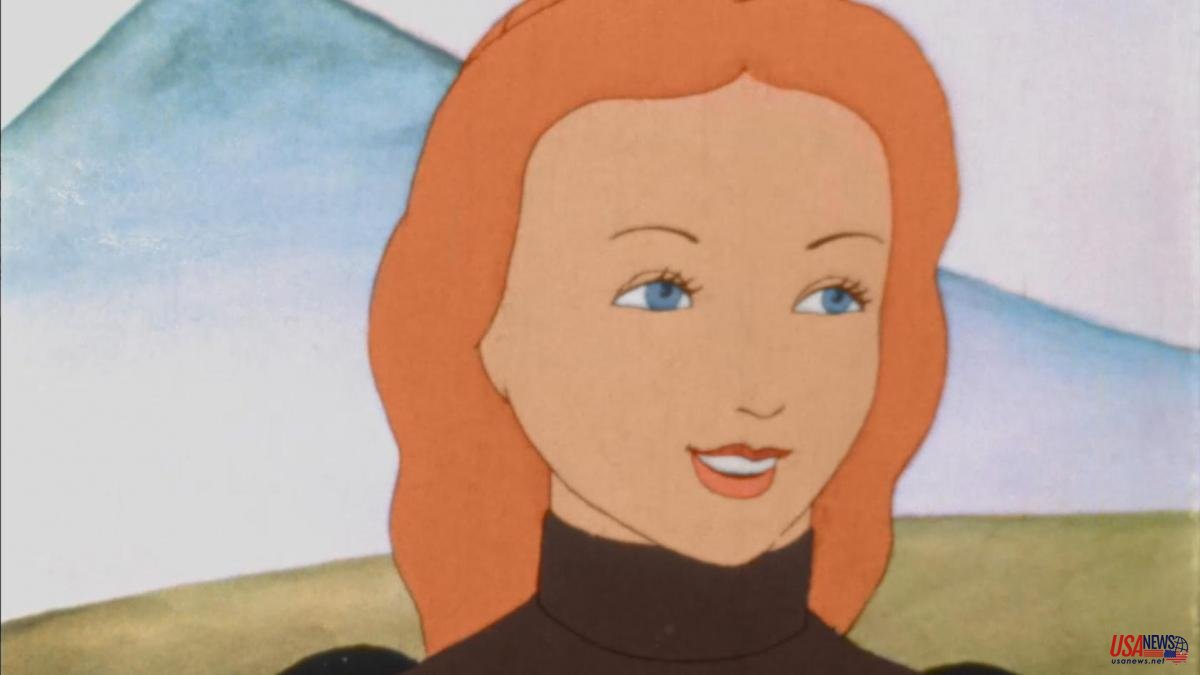 There are films with very similar themes that have had the misfortune to coincide in time and have been forced to fall into oblivion. It happened to Gordy, released in 1995, which couldn't do anything against that nice sparrow from Babe, the brave little pig. And it was what happened, saving the distances, to Once upon a time... the most ambitious project in Spanish animation, which lived its heyday at the end of the forties of the last century. It premiered in 1950 just as The Cinderella of the almighty Disney was landing, which previously registered the title exclusively (hence they had to change the name to Once upon a time..., the tagline with which all stories begin).

Despite obtaining a special mention at the eleventh edition of the Venice Festival, its disastrous commercial premiere -it was distributed with only eight copies throughout Spain- and the precariousness of its conservation sent it straight to the trunk of memories. Until now. Seven decades later, the film will return to the big screen after a long restoration process undertaken by the Filmoteca de Catalunya. The Klasikoak Section of the San Sebastian Festival screened the restored version last September, recovering the color and sound as faithful as possible to the original. The Filmoteca de Catalunya directed by Esteve Riambau presented it at the institution on October 27, on the occasion of World Audiovisual Heritage Day, and on December 16 the public will be able to enjoy this classic in all its splendor in cinemas.

A whole cultural event. And a craft work that has taken eight years to those responsible. "Animation is teamwork. Unlike other films, Once Upon a Time was not lost. It is a very important film title and if specialists have considered it a lost title from that time, it is in the sense that it could not be see it in the conditions in which it was made," Rosa Cardona, curator at the Center for Conservation and Restoration of the Filmoteca de Catalunya, told La Vanguardia.

Eight years ago, aware of the historical significance of the film, the institution decided to recover it. The process began with the location of the original colors provided by the more than one hundred original 35mm frames from the Joan Gabriel Tharrats collection deposited in the Filmoteca itself. "There had always been a desire to restore and what makes it possible is that in 2014 the digital offers possibilities that the analog system cannot". All the material that could be collected from various institutions and private collections was gathered: "The Escobar funds that were kept in the Granollers museum; what the widow of Josep Benet deposited in the National Archives and the stills that collectors kept The project was to bring everything together and the Filmoteca de Catalunya took it forward. Also the Spanish Filmoteca and the Zaragoza Filmoteca", points out Cardona, who has led a research process in which three teams have come together: "the study and preparation of materials and scanning of the film working on black and white; another of reintroduction of color by the restorers Luciano Berriatúa and Isabel Benavides, and Enric Giné in charge of sound recovery", achieving that the music and voices recover the characteristic tonality of that time. "The materials were very poor and the maximum quality had to be extracted", he adds. On the final result, he comments: "We are very happy to return this work to society. It is the most beautiful part of our work. It is not a film only for children and I am curious to know how it will be received when it is seen in theaters. ".

Once upon a time... adapted the famous tale by Charles Perrault and was co-directed by José Escobar -it was the only film made by the mythical cartoonist from Bruguera and father of Carpanta, Petra and Zipi and Zape- and the historian, writer, politician and art critic Alexandre Cirici Pellicer, who, as artistic director, provided a very interesting pictorial background inspired by the Renaissance. Escobar, one of the most famous comic authors in Spain, did the same with his designs and his comic vision, and introduced new animation techniques such as rotoscoping, which made the movements of the drawings more credible from the tracing of the movements. captured in a sequence of frames.

Produced by Josep Benet, the film was a personal effort by Josep Baguñá, founder of the Chamartín Studios, who hired Escobar, whom he knew from having worked together at the Hispano Grahe Films studios during the Civil War, on the Republican side, which led both to step on jail.

When the initial budget for this eighty-minute blockbuster ran out -it required two years of work and the involvement of more than 200 cartoonists who created half a million sheets-, patron Félix Millet Maristany took action, bringing in his nephew Jordi Tusell, founder of Estela Films. His grandson, Félix Tusell, current director of the production company, has been another of the promoters of the restoration.

The tape was filmed in 35mm in the Orphea studios on Montjuïc with the Cinefotocolor system, devised by the engineer Daniel Aragonès, and cheaper copies were also made for schools and parishes. Its discreet distribution meant that only 16mm black and white materials, negative duplicates and copies obtained in the sixties of poor photographic quality were preserved.

If the first animated feature film in Spanish, Garbancito de la Mancha (1945), exalted the patriotic values ​​of Francoism, Once upon a time... brought together various nods to Catalan culture, such as the dance scenes with real characters performed by the Esbart Verdaguer by Manuel Cubeles. Among some of the highlights of the film is a scene in which ghosts roam the castle on a stormy night to scare Cinderella's stepmother and hideous stepsisters - the townsfolk call them cockatoos - of Cinderella, who is wearing clogs and does not separate from his cat Ulysses.

"Why do you treat me like this? What have I done to you?" the sweet countess asks her impertinent relatives through tears. The horses swing and tap dance with their horseshoes and the camera movements are avant-garde. All very modern for the time, so it goes without saying that they make it a more narratively interesting film than Disney's.

"This film was really ambitious for the time, a kind of summit. The biggest challenge they dared with," Cardona emphasizes. Now, Once upon a time... can be enjoyed again as it was conceived by its authors. Spanish Cinderella, like Sleeping Beauty plunged into an eternal sleep, is finally resurrected from the clutches of undeserved oblivion seventy years later.