Spain, with Ansu Fati and ten more against Jordan

Luis Enrique's energy batteries are through the roof. 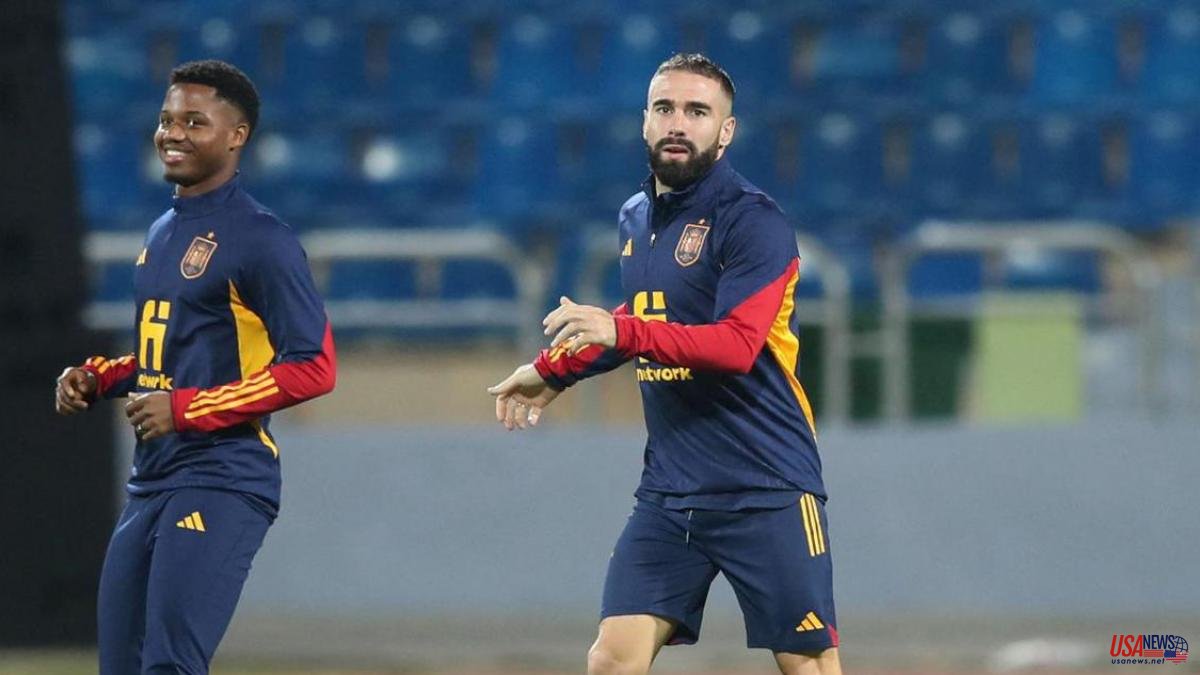 Luis Enrique's energy batteries are through the roof. After barely three days of work with his men preparing for the World Cup in Qatar, the coach seems not to have consumed an iota of his dynamism. Not only that. Apart from the enormous work that he must face in an appointment like this, the Asturian recently announced that he has decided to tighten his agenda a little more in the desert and convert to the religion of Twitch. He wants to be a streamer. “Since I said it, my phone is full of hearts, I should have done it before. Peace and love ”, he joked this Wednesday in Amman in the preview of the friendly that Spain will play against Jordan today, confirming that he is going well. No surprise here.

Spain has made a stop in the Jordanian capital on its way to Qatar to play its first and only World Cup preparation match. Playing a tournament like this in the month of November, in the middle of the season, courtesy of FIFA and its goings-on, is what it has. “We are going to take the game very seriously, let no one have any doubts. We will draw important conclusions and the players know it ”, Luis Enrique warned in a press conference of the old ones, with bad sound and an endless number of microphones crowded in front of him. "For me, a player can win his place in training, so much more in a game," he added.

The red one trained in the previous one in the international stadium of Amman, scene of the duel this Thursday, to prepare the World Cup rehearsal, although the desire to land now in Doha and think about Costa Rica, rival in the debut, are evident.

Among the internationals who took to the field was Ansu Fati, who stepped on the green after Laporte alone. The azulgrana monopolizes many of the looks that surround the national team. His inclusion on the list was "until the last minute in doubt", as Luis Enrique himself admitted, and his performance is unknown after a very irregular start to the season at Barça, in which, yes, he seems to have given a definitive shelving. to the serious injuries that have plagued him in recent years. “I have seen him better than the last time he came -in June-. As I have already told him, I can reveal it, he is going to start and I hope he can play 90 minutes, ”Luis Enrique blurted out to the press, revealing details of his lineup, very unusual for him even in friendlies.

Ansu Fati has not worn the Spain shirt in a match since October 13, 2020, so the duel against Jordan may mark a turning point for him. Luis Enrique tried to give him one last push. "All players overcome injuries, I would appreciate it if you would stop referring to him as a player who has overcome injury," he urged journalists.

Unlike the World Cup, where they will be able to count on all their players in the matches, Spain will have to leave out three players against Jordan. They will be Morata, Guillamón and Marcos Llorente, all three with minor physical problems.