The Government is preparing a new negotiation with Brussels to try to lower the Iberian cap on the price of gas to 40 euros/MWh with which the mechanism that is being applied in Spain and Portugal was lit, and which has just been increased by 5 euros. 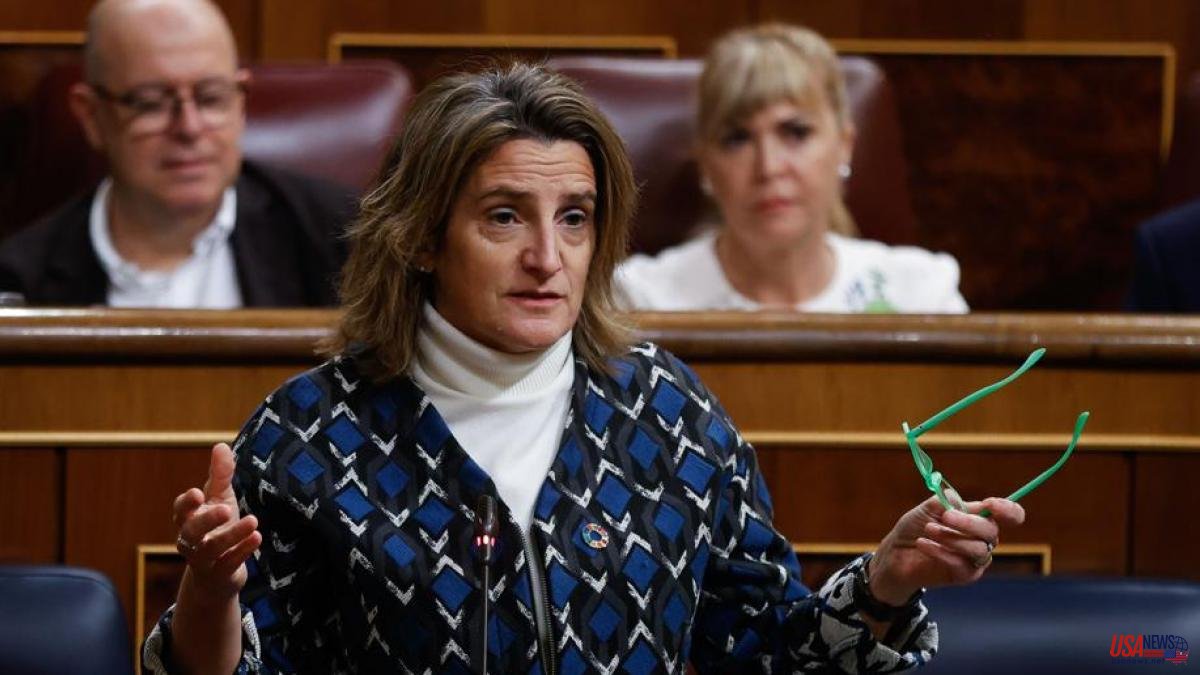 The Government is preparing a new negotiation with Brussels to try to lower the Iberian cap on the price of gas to 40 euros/MWh with which the mechanism that is being applied in Spain and Portugal was lit, and which has just been increased by 5 euros. The third vice president, Teresa Ribera, intends to lead this battle, explain sources familiar with the work, during this same month of January to try to recover the maximum set in the first six months of operation of the instrument. The intention of the Executive is also to start working on an extension of the limitation on the Peninsula for next winter.

The Ministry for the Ecological Transition makes a positive balance of the first six months of life of the Iberian mechanism. "It has been shown to be an effective instrument against the volatility of energy prices," say sources from the department headed by Ribera. The agreement reached with Brussels in June 2022 contemplates setting a cap on gas of 40 euros/MWh during the first six months, a price that is already increasing by 5 euros each month. On January 1, the first increase came into force, up to 45 euros/MWh

The Government's intention is, therefore, to try to recover the lower ceiling until June of this year, when the mechanism expires, and to negotiate an extension of it for the following year. "It would be incomprehensible if this extension were not made," argue these sources.

Gas market volatility remains high ahead of the anniversary of the outbreak of the war in Ukraine. At this time, the 30-day price (the Dutch TTF) is around 75 euros/MWh and is at pre-conflict levels on European soil. The Iberian mechanism contemplates a cap at 70 euros/MWh in June.

The Ministry for the Ecological Transition advanced last December that the reduction of taxation on the electricity bill, of charges and the Iberian mechanism have contributed to reducing the energy bill by 34% so far.

Ribera hopes to have the complicity of Portugal in this new negotiation with the European Commission. The third vice president plans to hold a meeting this month with her Portuguese counterpart, Duarte Cordeiro, to evaluate the operation of the Iberian mechanism and prepare these requests to Brussels. The relationship between the two has been fluid in recent ententes, such as in the talks about the H2Med underwater tube to transport green hydrogen.

However, the Portuguese minister did not attend the latest energy councils in Brussels, when the European gas cap was negotiated, finally set at 180 euros/MWh. In his place was present the Secretary of State for the Environment and Energy of the neighboring country, João Galamba. The number two of the Portuguese branch has already declared itself in favor of fighting to extend the Iberian mechanism.