The rise in prices that is being experienced on a global scale is taking its toll on Spanish citizens, who are losing purchasing power. 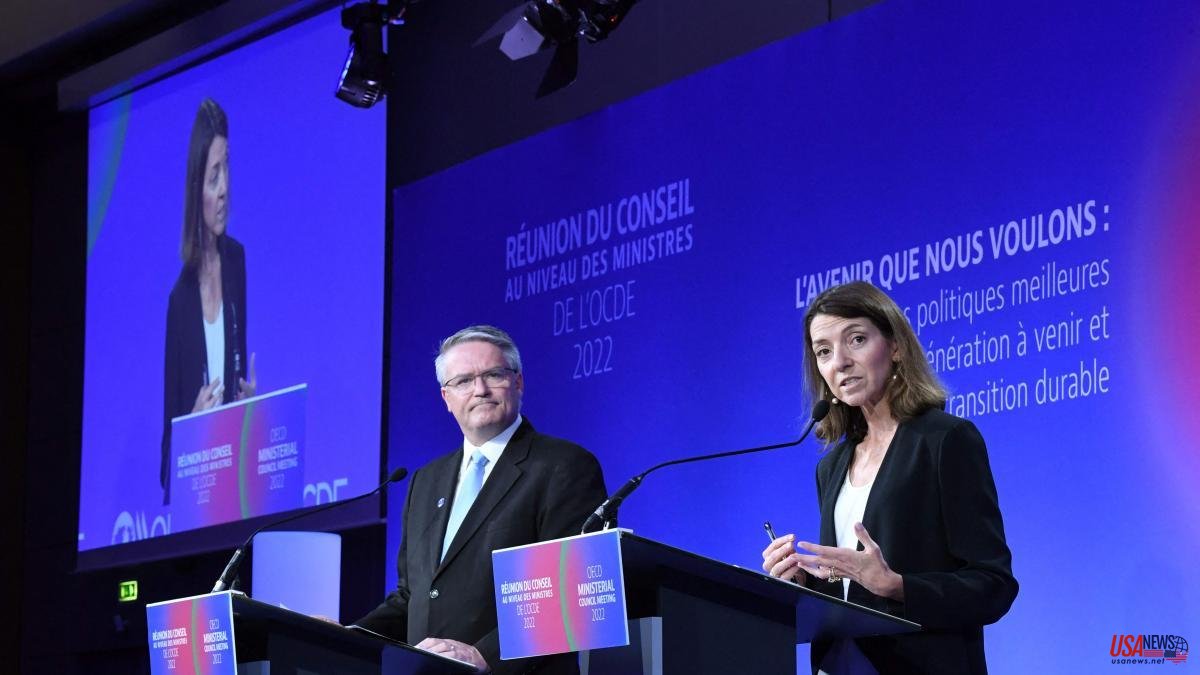 The rise in prices that is being experienced on a global scale is taking its toll on Spanish citizens, who are losing purchasing power. In Europe only the Greeks are having a worse time.

Real wages in Spain have fallen by around 5% in the last twelve months. To find a higher drop, you have to go to Greece, which is where salaries in real terms have suffered a greater devaluation, with a decrease of 7% (see graph). This is what emerges from the latest Economic Outlook data presented yesterday by the OECD (Organization for Economic Cooperation and Development) in Paris.

To contain the phenomenon of the impoverishment of workers, the organization asks for the costs to be shared among all and notes that in Spain "the proportion of wage agreements with indexation clauses remains moderate, but is increasing, which highlights the importance of a agreement of the social partners to share the burden and avoid a spiral of wage prices”.

Indeed, the OECD forecasts that this year underlying inflation (that is, the one that does not take into account the fluctuations attributable to energy goods and unprocessed food) will reach 4.6% in Spain. This means that the current tensions in prices will continue for the rest of the year. For 2022, headline inflation will remain high, at 8.1% (more than double the previous forecast in December). This figure is also higher than the one estimated by the Bank of Spain for the end of the year (7.5%): the rope is not going to loosen.

We must recognize that we are facing a global phenomenon. Just yesterday, the United Nations and Unctad produced a study indicating that three out of five workers in the world have real wages that are still below their pre-pandemic levels.

However, the Vice President of Economic Affairs, Nadia Calviño, gave Congress a totally opposite reading yesterday in response to a question about the OECD analysis. “The data confirms that Spain is one of the countries least affected by the war” and that “Spanish families are the ones that are suffering the least from the rise in prices in terms of their income”, she pointed out.

It is true that when examining the impact on GDP, Spain limits the damage. Although the institution lowers the forecast growth for this year by 1.4 points, in the end it will remain at 4.1%. An increase that is much higher than what is estimated will be recorded on average by the OECD countries (2.7%) and the euro zone (2.6%).

The explanation, as the organization's economists acknowledge, is that "direct commercial and financial exposure to Russia and Ukraine is limited."

However, there is also a but in this positive aspect: Spain still has to recover ground when compared to other countries, because in the first quarter of 2022 the GDP remained 3.5% below pre-pandemic levels. .

On a global scale, the OECD said that “we are all paying the price of Russian aggression against Ukraine”. Because of the war, the agency has substantially reduced forecasts for the world economy, which will grow 3% this year instead of the 4.5% predicted in its previous December report.

In any case, the general secretary of the organization, Mathias Cormann, pointed out that no risk of recession is foreseen. Except, obviously, the case of Russia. “What we are seeing is that the sanctions are being effective, they are working. One of the sanctions that is having the most impact is that the (Russian) central bank does not have access to its reserves.”

Cormann stressed that Russia is receiving less demand for its oil (despite selling it at a discount of more than 30%). The OECD calculates that if the embargo on Russian crude was total by the G-7 countries and the EU, Russia's income would be reduced annually by between 47,000 and 62,000 million euros. The Chief Economist. Laurence Boone points out that the Russian economy should fall by 10% this year.

At the same time, on the other front, by 2023 the effects of the embargo on Russian oil applied to Western economies, which are forced to look for more expensive alternatives, will also begin to be felt. For this reason, according to the OECD, growth in the euro zone will be reduced by "just over half a point" in 2023, while inflation will rise by 1.25 points more. It is a classic of sanctions: they also harm those who apply them.

By the way, on the energy issue, the institution gave the cartel of OPEC countries a slap on the wrist. “There is enough oil in the world today that is not being used but is available, especially in the Gulf countries, to fully offset the embargo on Russian oil. In other words, there would be no reason for this increase in the barrel if the Gulf states release it, if OPEC releases that oil”, stressed Laurence Boone.