Spain started their way in the group stage of the Davis Cup without the presence of Carlos Alcaraz on court. 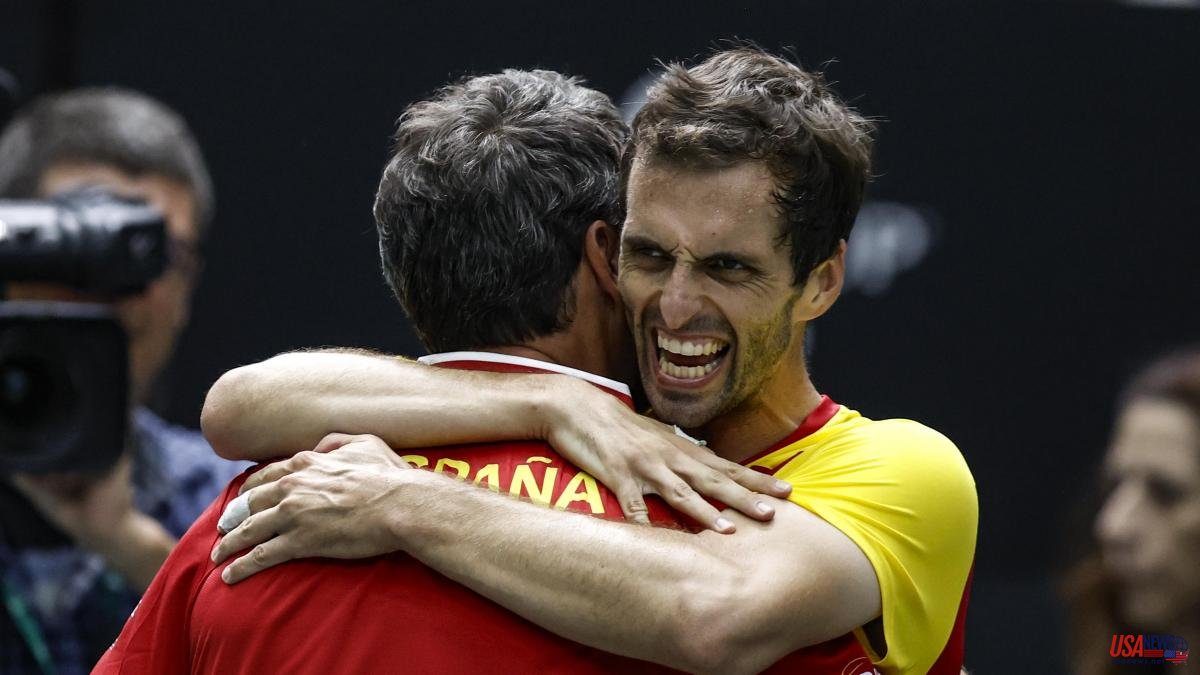 Spain started their way in the group stage of the Davis Cup without the presence of Carlos Alcaraz on court. Ever since the new prodigy of world tennis was crowned in New York and settled on the ATP throne, at the Fonteta in Valencia, just over 200 kilometers from his native El Palmar, there was expectation to know if they could see him live for the first time under his new status in the series against Serbia. The Spanish public, however, will have to wait.

Although he trained on Wednesday morning with his teammates, Sergi Bruguera preferred to reserve the Murcian for the next duels, especially for the one on Friday against Canada, which beat South Korea with difficulty in its debut (2-1) in the other group B duel. The bet of the Spanish captain for the first act was Albert Ramos, a winning bet not without suffering. The tennis player from Mataró added the first point of the Armada by lifting a difficult match of almost three hours against Laslo Djere ((2-6, 7-6(5) and 7-5).

Without Alcaraz or two legends like Rafael Nadal and Novak Djokovic, absent for personal reasons, it cannot be hidden that Spain-Serbia was presented without the same glamour. Despite this, there was no lack of emotion in the first face-to-face between two earthlings on cement, nor was there any lack of tension characteristic of the tournament. This does not fade even with the change of format. Supporting actors such as Ramos and Djere had to assume responsibilities in a very open match decided in the closing stages.

Djere started much more solid, with his simple but effective tennis. He quickly broke up and undermined Ramos' tennis, too insecure with his serve. His opponent made him pay with a second insurmountable break in the first set.

The push of the public felt like a fable for Ramos. He squandered an early break in the second set, but in every game he put up a fight and annoyed the World No.66. Also the rest. That threat did not turn into any other break and everything was decided in a hard-fought tie-break that fell on the Catalan's side.

That positive dynamic was cut short by Djere, with an initial 3-0 that put the point of Spain uphill. However, some cramps suffered by the Serbian were a great ally for Ramos. There was a lot at stake and the tension was noticeable on the benches. Bruguera protested to the arbitration body because a player cannot be treated in the middle of the game due to cramps. He was not without reason.

Ramos interpreted the new script very well. The film had deviated from the original idea and had to be used. The Catalan began to play everything inside, trying to move a touched Djere that allowed him to equalize the final set. From there, he patience and good food in the last games. Djere recovered and sold his skin dearly, but he fell to the knee just as sudden death seemed hopeless. Ramos finished it off at service without giving any option.

The next turn is for Roberto Bautista, key in the victory of Davis 2019 despite playing emotionally touched by the death of his father that same week. A dangerous Miomir Kecmanovic (#33) awaits him on the other side of the net. If the man from Castellón wins, the doubles match between Marcel Granollers and Pedro Martínez in the last game of the night would have a minor impact.