The aquatic warriors have done it again. 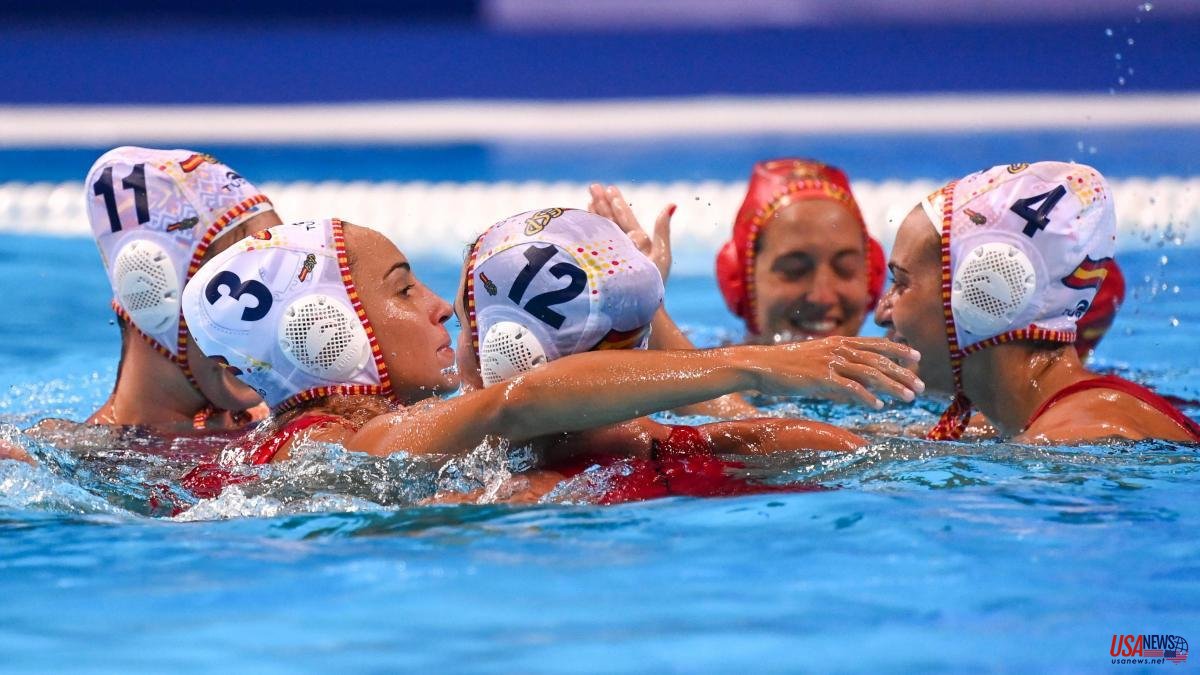 The aquatic warriors have done it again. Miki Oca's Spanish team became European champions in Split by beating Greece 9-6 in the final, thus prolonging their continental dominance with their third gold in the last five editions. The success of a renewed group persists, but affiliated with the hallmarks of effort, intensity, commitment and exquisite quality.

Spain has won with Miki Oca, since the Madrid coach took over the bench in 2010, nine of the ten women's water polo medals. All achieved in the last decade, since the London '12 Olympic silver, when the aquatic warriors were born. In other words, the Spanish women have been on the podium nine times in the last 15 major tournaments (Games, World and European), with four gold medals (one world and three European). In other words, apart from the United States (intractable with three Olympic gold medals, four World Cups and eight World Leagues since 2012), the Spanish team is the most competitive in the world, continuously; a reflection of the qualitative regeneration of the water polo academy.

The great merit of Miki Oca, the group's guru, has been knowing how to maintain a competitive pulse with precise, surgical relays. Supported by the endless Catalan nursery (12 of the 14 players), the Madrid coach has opted in this European to accelerate the relay with six 2021 junior world champions, all between 17 and 20 years old: Paula Camus, Cristina Nogué, Nona Pérez , Paula Prats, Elena Ruiz and goalkeeper Martina Terré.

In the final against Greece, Miki Oca relied on his new core of talented youngsters, with Terré in goal, with his 20 years old providing solvency (4/4 in the first quarter), with Elena Ruiz taking the scoring initiative with her 17 years -his was 1-0 at 27 seconds-, with Nona Pérez (19) scoring 2-0, or with Paula Camus (20) or Paula Prats (19) as buoy defender, all in the headline, along with veterans Anni Espar, Maica García, Bea Ortiz and Judith Forca. Pure gall coupled with experience resulting in an explosive team that was 3-0 to start.

The Spanish domain of the first quarter waned ostensibly in the second round, in proportion to the defensive hardening of Greece, which closed much better, Stamotapoulou made three saves and the arms blocked the Spanish shots. Thus, the warriors conceded a 1-3 run that adjusted the score when they reached the break (4-3). Goose didn't like what he saw.

After the intermission, the Madrid coach sought to break the Greek wall playing with a double buoy, with Leiton and García. Both imposed their physical strength and took two penalties. Anni Espar missed one and Elena Ruiz converted the second at 5-3 to distance Spain again in a quarter of maximum equality, losses, tension and more defensive intensity.

Gold would be decided in the last 8 minutes. Xenaki gave first to close the gap (5-4), but Maica García quickly replied with a reverse cross shot from the buoy (6-4). Eleftheria Plevritou insisted on keeping Greece alive (6-5) and Chydrioti equalized the duel (6-6) by picking up a rebound from Martina Terré. There were four minutes left.

Then Spain got the best of it, pulling on the experience of their best warriors who nailed a 3-0 run. Bea Ortiz finally appeared to materialize a superiority and score on her sixth pitch (7-6). Martina Terré joined the resistance with her ninth save, which led to a quick exit, a pass from Judith Forca and a goal from Maica García to return to 2 (8-6) with 1m32s to go. The sentence was signed by Anni Espar with 9-6 with 54 seconds to go; a goal that had the endless suspense of VAR.