Spain, in a severe hour

If Pedro Sánchez had appeared fifteen days ago to announce the second and most ambitious package of measures against inflation, what would have been the result of the Andalusian elections?. 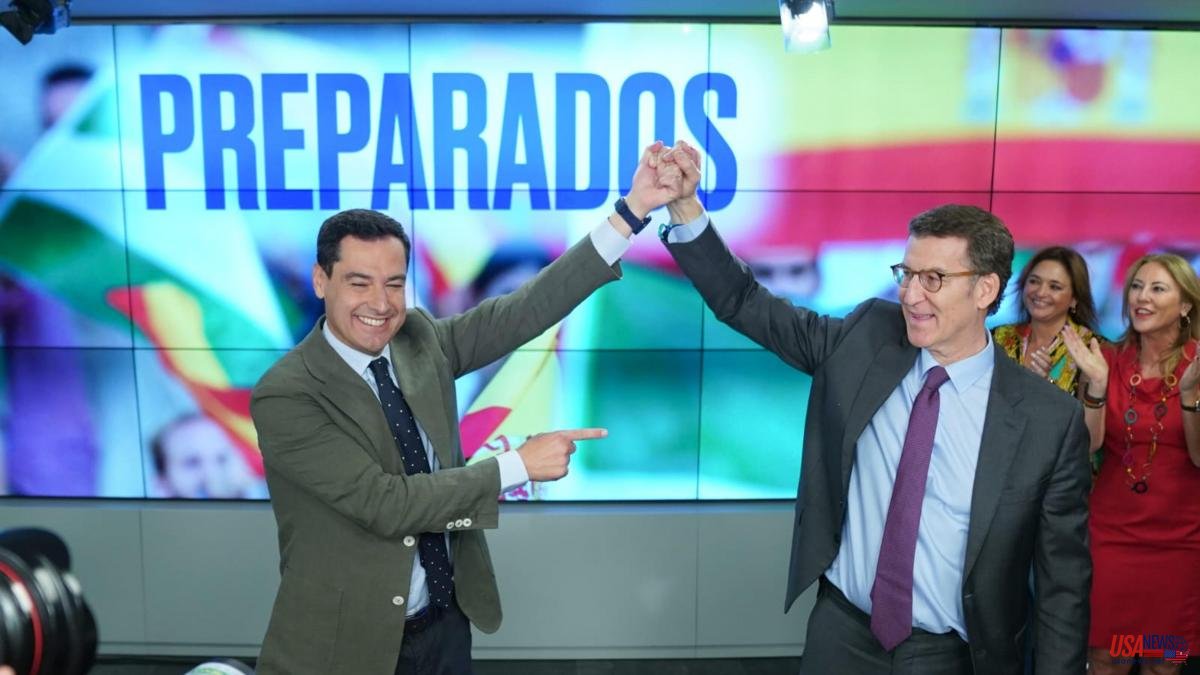 If Pedro Sánchez had appeared fifteen days ago to announce the second and most ambitious package of measures against inflation, what would have been the result of the Andalusian elections?

History, big and small, never goes back. If any political scientist were able to answer that question or there was an artificial intelligence program capable of recalculating all the variables that last Sunday moved the vote of 3.7 million Andalusians, we would have the key to the political moment in Spain. We're not going to have it.

Option A. If the electoral result had been the same, this would mean that the PSOE-United We Can government is doomed to lose the next general election, whatever it does, unless the war in Ukraine ends very quickly, the world becomes in a haven of peace and a vigorous recovery of the economy occurs coinciding with the end of the legislature, in winter 2023.

If the Andalusian result had been the same after the approval of a special tax on electricity companies, the reduction of monthly subscriptions for public transport, the 15% increase in non-contributory retirement and disability pensions and the delivery of a check of 200 euros per month to families with incomes below 14,000 euros, would mean that the war makes the erosion of the Sánchez government irreversible after two long years of epidemic.

Those who launched the slogan “Illegitimate government!” they would have succeeded. The most conservative Spain would have achieved a victory of historic dimensions, by knocking out after three assaults the first government of the left since the days of the Second Republic. If the artificial intelligence program for reviewing recent political events ruled that nothing would have changed in Andalusia, this would mean that the PSOE is no longer capable of connecting with large social majorities and that United We Can is not far from collapse and split , according to the inveterate tradition of the left of the left .

Option B. The approval of more vigorous measures to deal with inflation, the challenge posed by the implementation of a special tax on the powerful electricity companies and the adoption of a more forceful political language, could have invigorated participation in the Andalusian elections , with a better result for the left. “We are the government that protects the working middle classes, a government that is uncomfortable for the economic powers and their political and media terminals.” Words from the president, yesterday at the press conference in Moncloa while he presented a package of 9,000 million euros to try to curb inflation. He did not say that before the elections in Andalusia. Nor did Vice President Yolanda Díaz say so.

The initial question has no answer, but no one will be able to accuse Sánchez and his allies of electoralism this time. The second package of measures has been approved a week after the Andalusian elections. The Popular Party can even hang a medal: the reduction of VAT on electricity was among the proposals that Alberto Núñez Feijóo sent to the Presidency of the Government a few weeks ago in a gesture that broke with Pablo Casado's previous style of opposition. Obviously, the special tax on electricity companies does not appear on the list of proposals from the Spanish right.

Sánchez did not commit the sin of electoralism in Andalusia because he saw the disaster coming and did not want to burn in the June 19 bonfire the measures with which he now tries to retake the initiative. He will hold two high-voltage sessions in Congress in July: the validation of the package approved yesterday by the Council of Ministers and the recovered debate on the state of the nation, which will take place during the first fortnight of July.

The framework has already been drawn: "The government that protects the working middle class does not like the economic power and its political and media terminals," says the Prime Minister now. A language reminiscent of the Sánchez of 2016, after being ousted by his own. The resistant Sanchez. Indeed, that framework ran the risk of being burned to death in Andalusia.

In the Andalusian campaign, the cap on the price of gas for the production of electricity, the famous Iberian exception, laboriously negotiated with the European Commission, had no electoral effect. Too complicated to explain and with delayed effects. On the first day, Wednesday June 15, the savings were only 13 euros, due to a series of adverse circumstances. Heat wave, accelerated consumption and Russian threat of gas cuts in Europe triggered gas prices in international markets. A scriptwriter opposed to the Government could not have calculated it better. Yesterday, under more normal circumstances, the price of electricity in the Iberian Peninsula was 66 euros MWh compared to 290 in Italy and 269 in France and Germany.

Sánchez is trying to retake the initiative after the Andalusian setback. He verbally defies the "strong powers", he hopes that the NATO summit in Madrid will be a success and he will accelerate even more from September.

But the dice are fateful. Thirty-one African emigrants, mostly from Sudan, have died in a harsh confrontation with the Moroccan police when they tried to storm the Melilla fence. The images are terrible. Sánchez cannot blame Morocco for anything if he wants to keep the deal.

The story is unraveling. In bad times, borders are harshly defended and the harshness entrusted to others can be inhumane. All the borders of Europe explode, taking away the moralizing speeches. Will the coalition government resist such a bath of reality?