Spain, from doubts to heaven

The Spanish team will be in the next final four of the League of Nations, an indescribable joy given the passion that this competition arouses. 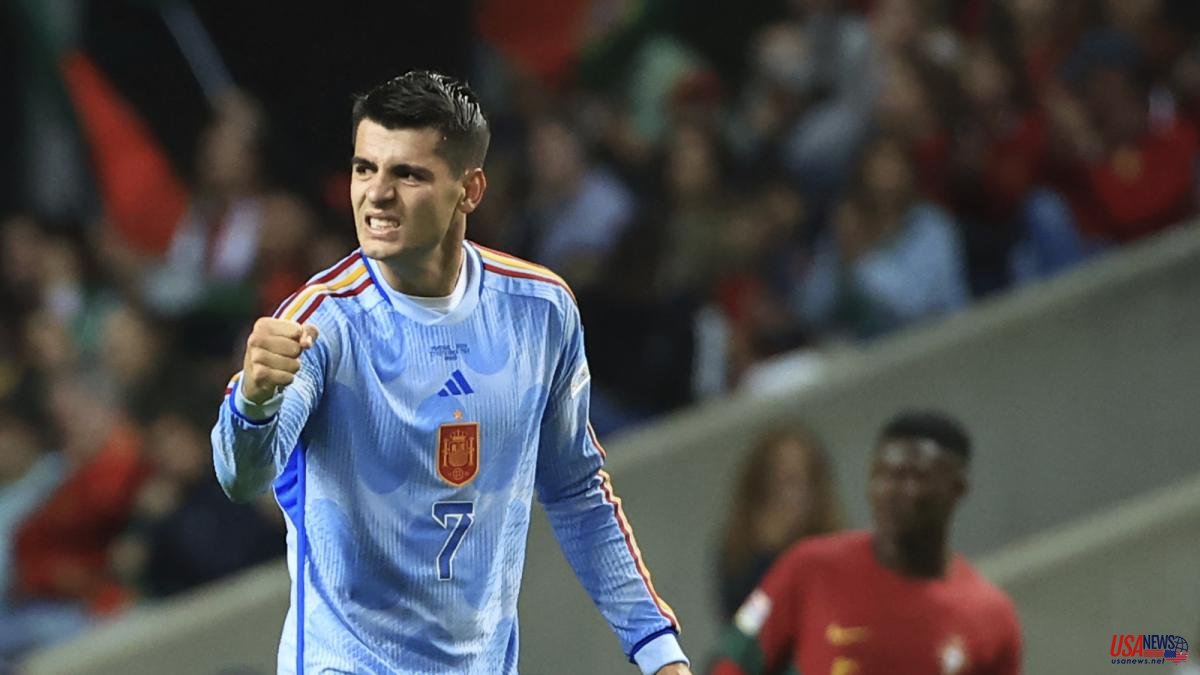 The Spanish team will be in the next final four of the League of Nations, an indescribable joy given the passion that this competition arouses. It was a final, according to Luis Enrique, and it was won, although the important thing was to create a good atmosphere for the World Cup, lest the last preparation match – a friendly in Jordan – be a party, worthy of that friendly in Equatorial Guinea.

Morata's last minute goal, a la Real Madrid, erased sixty vulgar minutes of the red. Scoring decisive goals in extremis is more fun than doing it at the beginning and allows you to see life differently. The fan forgets everything that happened and remains, smiling, with the goal and the face of the rival, yesterday a miserly Portugal that subjected a first-class squad to the conservatism of coach Fernando Santos.

In Braga a state of mind with ulterior ends (the World Cup in Qatar in November) was settled. After an hour of nondescript and compliant middle-class football, Luis Enrique revolutionized the team with the entry of Busquets, Pedri and Gavi. If Spain did not score at the end, we would all have reproached the coach for being late and he, with his usual Asturian humour, would have sent us out to graze. As Spain got the victory, it is appropriate to praise the astuteness of the coach who left the talent on the bench waiting for Portugal to wear down. One goal, one goal was enough, so that we can all swim in subjectivity. Whatever the strategy, it came out round and allowed to reconcile with the tostón of the first sixty minutes thanks to the icing on the epic. Any decisive goal in the last five minutes of the game is epic and before the epic that everything else is removed.

Pedri and Mr. Busquets –in an anthological definition of Sergi Pàmies– provided vision although then there is Morata. The most languid nine in the history of the Spanish team did everything that should guarantee him ownership in the World Cup to the despair of his detractors, desperate, in turn, due to the style of Morata, who is assigned coldness as a every tall player While Morata was rising, Cristiano Ronaldo, 37 years old, was diluted in the dark world of retirement, embodied in a non-auction in the area, where he fell asleep as idle elderly people fall asleep. Oh, the years, CR7, the player who made the Camp Nou shake when he started...

Luis Enrique must be congratulated, as they say in these cases. He gave the game a clue, a final!, and his soccer players rebelled in the final stretch, great quality for the World Cup, a tournament without second chances.