Spain and Finland meet this Tuesday, September 13, in the Eurobasket 2022 quarterfinal match, which takes place in Berlin. 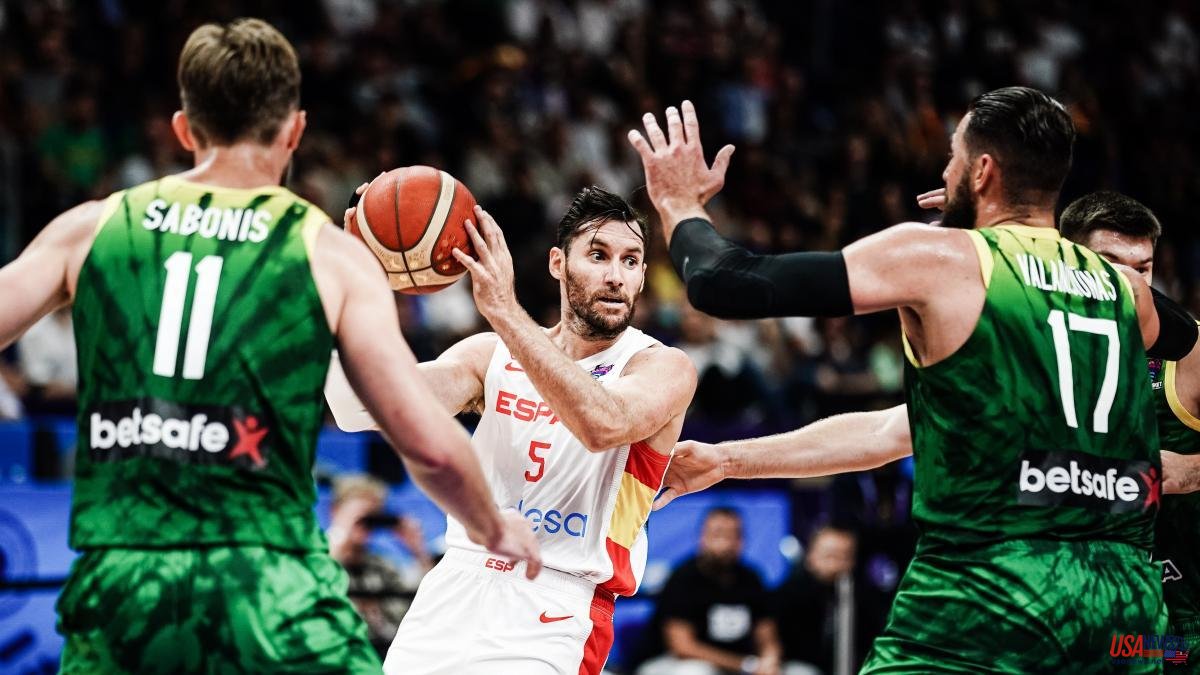 Spain and Finland meet this Tuesday, September 13, in the Eurobasket 2022 quarterfinal match, which takes place in Berlin. The Spanish team, led by Rudy Fernández, is showing its best sensations in recent games.

After a memorable victory in the round of 16 against the fearsome Lithuania (102-94), the most earthy national team of the last championships will seek to get the ticket to the semifinals of a European for the eleventh consecutive time.

The dynasty of Spain is unquestionable. It has chained six metals in the continental championship (three golds, two bronzes and one silver) and has become the team that has played the Eurobasket quarterfinals the most times (16).

In front will be Finland, which will play a European quarter-final for the first time in its history. In addition to Spain - Finland, these are the other quarterfinals: Germany-Greece, France-Italy and Slovenia-Poland.

The Eurobasket 2022 quarterfinal match between Spain and Finland will be played this Tuesday, September 13 at 5:15 p.m. The meeting can be seen on Cuatro and can also be followed minute by minute on the La Vanguardia website.