Spain - Denmark: schedule and where to watch the 2022 Women's Eurocup match on TV today

The Spanish team reaches the last day of the group stage of the European Championship with everything to decide. 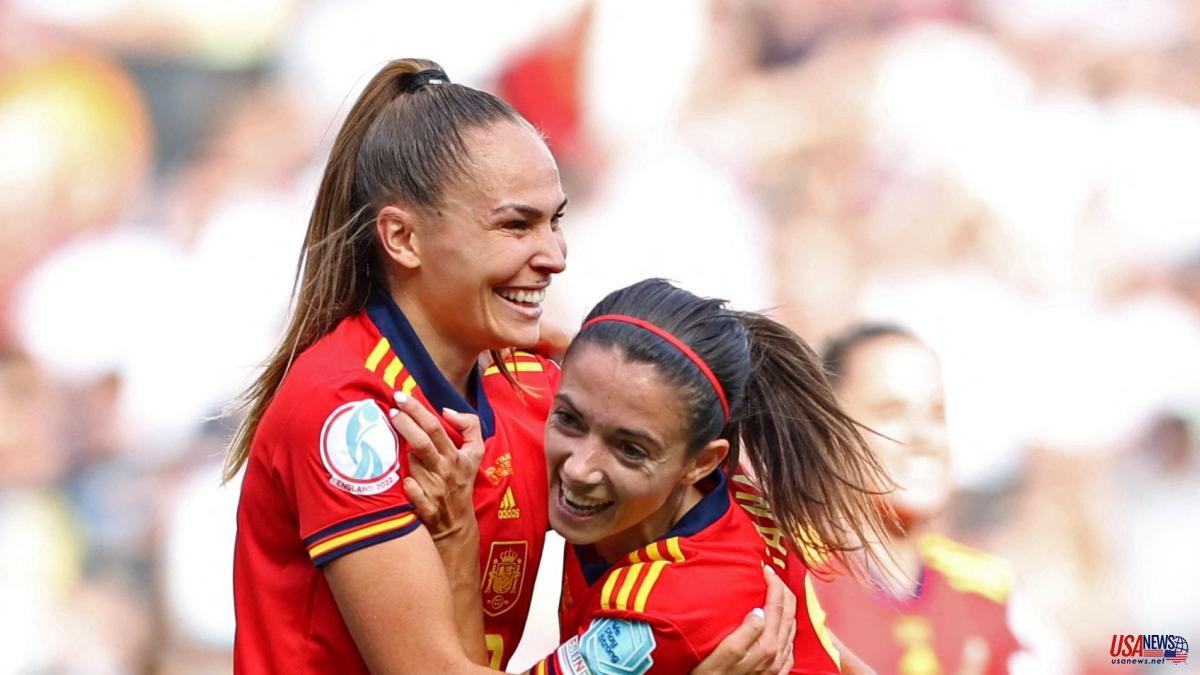 The Spanish team reaches the last day of the group stage of the European Championship with everything to decide. They will face Denmark, with which they are tied on three points. Only one can be in the knockout phase of the tournament, although Spain is worth a draw as they have a greater goal difference in favor. Both fell to Germany, already classified as first in the group for the quarterfinals having scored six goals and conceding none, and defeated bottom-ranked Finland.

Jorge Vilda's side will play for the pass to the quarterfinals against Denmark at the Brentford Community Stadium, usually home to Brentford FC. The match will start today, Saturday, July 16, at 9:00 p.m. It can be seen live on Spanish Television (TVE) or on RTVE Play. In addition, you can follow minute by minute through the La Vanguardia website.

The Spanish thrashed Finland 4-1 on the first matchday, shaking off the criticism that pointed to their lack of punch. However, it is true that the goals came from set pieces and that Spain struggled to score on play. Against Germany, despite dominating the match in several phases and generating quite dangerous chances, they were left without seeing the door.

For its part, Denmark arrives at this decisive match for the aspirations of both teams after conceding four goals from Germany on the opening day and beating Finland by the least, with a solitary goal in the 72nd minute. Despite adding the same points than Spain, the difference in performance is evident.

Statistically, the Spanish national team leads the competition in many aspects, according to figures published by UEFA. They are the ones that have accumulated the highest percentage of possession in the two games played so far (67%) and the ones that have made the most total shots (45 shots, 13 of them against Germany). In addition, they are second in passing accuracy (87%), only behind the England team (88%). They are also the ones that receive the most fouls (21 in total) and the fifth that make the most recoveries (89).

At the moment, England, Germany and France are already qualified for the quarterfinals. In group A, Austria and Norway are tied with three points each and everything will be decided on the last day, just like in group B, Spain. In Group C, the Netherlands and Sweden lead with four points each, while Portugal and Switzerland have one. All open. D has France in the lead with six points. The other three teams, Iceland, Belgium and Italy, have a chance of going through as second.