Spain crashes against Hungary and maintains its European curse

Spain crashed again against its most recurrent black beast in recent years, a granite Hungary, and maintains its curse with European gold, the only elusive throne of men's water polo. 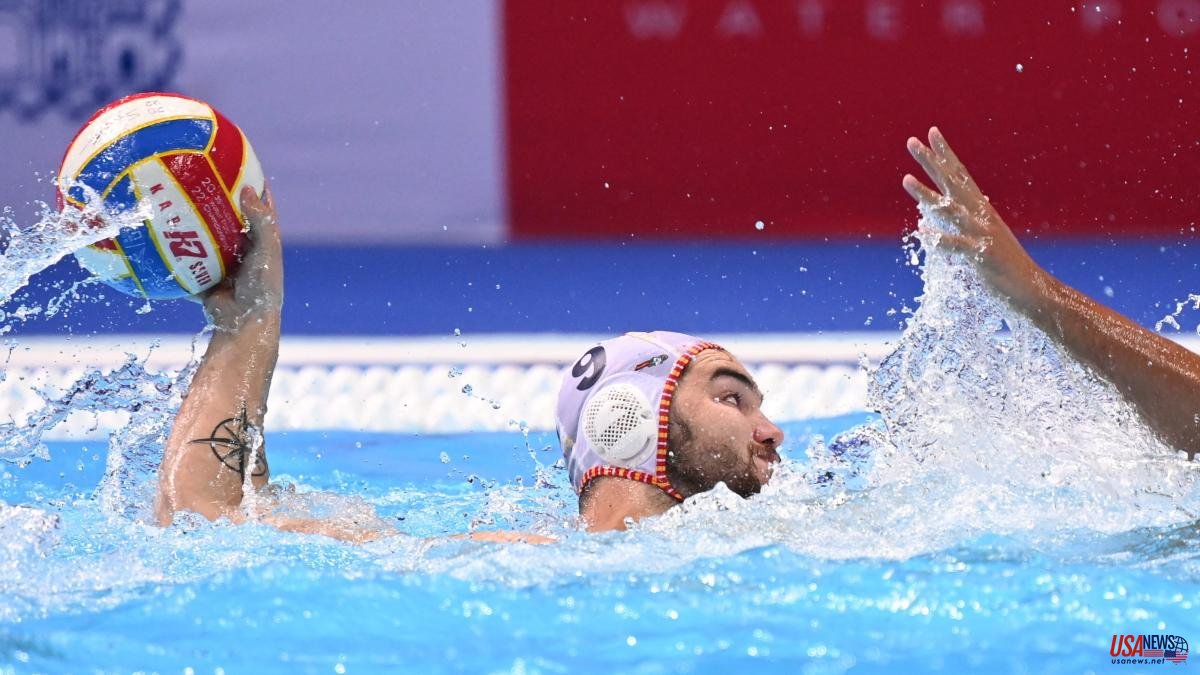 Spain crashed again against its most recurrent black beast in recent years, a granite Hungary, and maintains its curse with European gold, the only elusive throne of men's water polo. The team led by David Martín -with notorious success: four medals in six major tournaments since 2017- fell in the semifinals of the Split European Championship fairly 10-8, after having dominated by 2 goals (1-3, 2- 4).

Crowned world kings just a month ago in Budapest after 21 years of waiting, Martín's players entrenched themselves in their already emblematic defense that, as Sergi Cabanas said, "drives rivals crazy", as happened to Greece in the quarterfinals. But against Hungary it only worked for a quarter. The Magyars have defeated Spain in the last three tournaments: in the fight for the Olympic bronze in Tokyo 2021, in the final of the European 2020 in Budapest and now in Split.

The Spanish team started like a gale, despite Granados missing a penalty at 25 seconds. The player from Egar, close to Serbian Novi Beograd, made up for himself with a missile that opened the account (0-1) at 1:21. Thanks to the saves by Unai Aguirre, once again impregnable, with 4 saves on 6 shots (66%), Spain shot up to 1-3 with goals from Bernat Sanahuja and Roger Tahull. In the absence of 7 seconds, in an extra man, Jansik closed the gap (2-3). But the Spaniards had already given a good account of their defensive strength and their success in shooting.

In the second quarter, Tahull recovered the 2 (2-4) with a great goal from the buoy assisted by Munárriz and the Spanish defense to the man, intense, anticipatory, continued to wreak havoc suffocating the Magyars.

However, Hungary put together a series of devastating attacks that saw them seize the initiative with a 4-1 run in 5 minutes. Manhercz, from a penalty (3-4) and with a powerful shot adjusted to the base of the post (4-4), achieved equality, and after the advantage from Granados (4-5) he replied with two goals from Nagy and another from Burian heeled without angle, which put the 7-5. A painful 3-0 that showed the Spanish defensive slump, reflected in Aguirre's 2/7 in this second round.

Spain had to row against the current. After the break, Granados and Munárriz with a missile from central position put the tie (7-7) at 4:45. The team had saved with courage and a recovered good defense a -2 that put it on the ropes. He kept a clean sheet (Aguirre, 2/2) in the third set and took the outcome of the duel to the last 8 minutes with maximum equality.

In the last quarter, the road was complicated with a 2-0 run in 4 minutes at the hands of Zalanki and Nagy. David Martín asked for time and calm to lift the game with 4 minutes on the scoreboard (9-7). "Let's go with the potato" (with fatigue), said the technician, aware of the difficulty. That would be superior with Molnar's 10-7 with 3 minutes to go. It was impossible to reach the final. De Toro's 10-8 came very late, without the possibility of a miracle. The current European champion was able to beat the world champion. Spain continues jinxed in its purpose of achieving the continental throne.

Spain has the consolation of bronze, which it will play against the loser of Croatia-Italy in the second semifinal. It could be the seventh in the continental tournament, the fifth metal in seven tournaments with David Martín since 2017.