Spain, before a new stage in the Eurobasket

For a long time it has been the European ogre, the rival to beat, the team that everyone wanted to avoid, even making calculations by the rest of the powers to avoid a possible crossover. 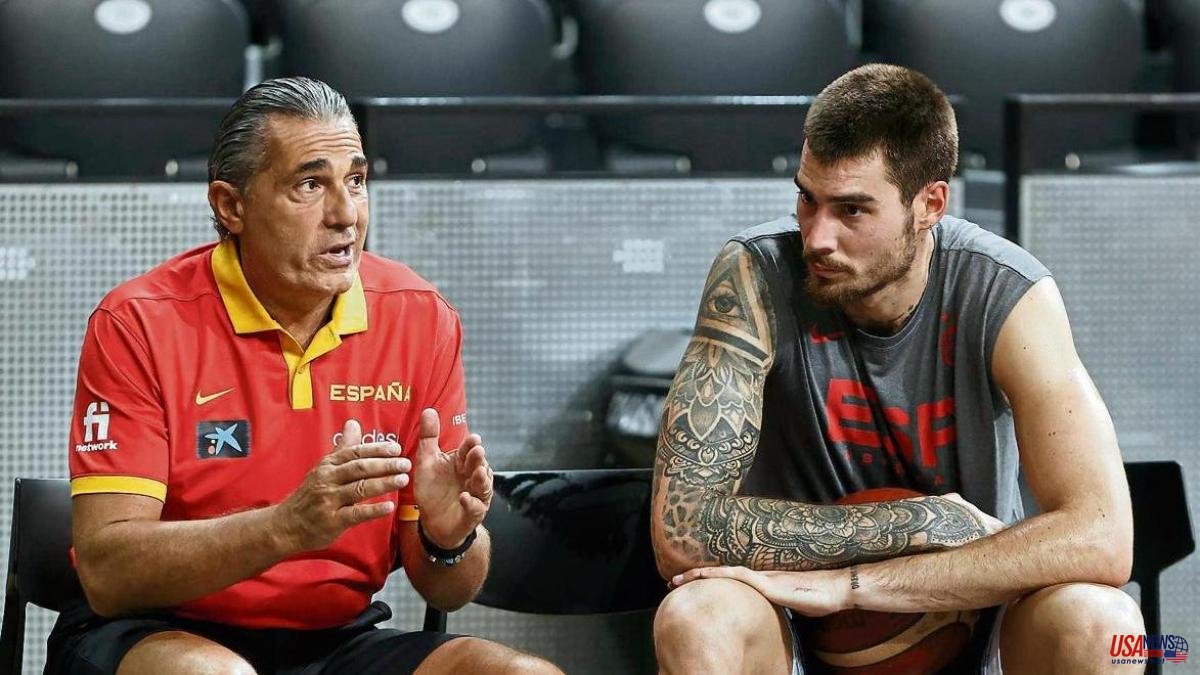 For a long time it has been the European ogre, the rival to beat, the team that everyone wanted to avoid, even making calculations by the rest of the powers to avoid a possible crossover. Spain has lived installed for a long period in sporting glory with Gasol and company, assiduous in recent years on the Eurobasket podium, three times on the highest step (2009, 2011 and 2015).

Now, with a very renewed group, with practically no witnesses to the golden age, they face a new scenario, even outside the group of favorites for the medals in the edition of the continental tournament that begins this Thursday, a year later due to the pandemic.

The family already suffered a reality setback in the face of the growing new European order at the 2017 event, won by the thriving Slovenia. On this occasion, the venues for the group stage will be Cologne (Germany), Milan (Italy), Prague (Czech Republic) and Tbilisi (Georgia), where the Spanish debut today against Bulgaria (1:30 p.m.), a rival to simple prior.

“Each match will be a hard stumbling block. And if we don't get over it, we'll try to learn. We are in a process of generational change. We want to compete, but we look much further”, said the coach, Sergio Scariolo, before flying to the Georgian capital, in addition to defending that comparing his “new team” with other times is “unfair”.

Jaime Fernández, Brizuela, Sebas Saiz, López-Arostegui and the last to arrive Alberto Díaz, all worked in the ACB and in the FIBA ​​windows but without experience in a tournament of this level, make up the bulk of a team where the NBA seal The signing Lorenzo Brown and the Hernangómez brothers, already regulars of the national team, who are called to take a step forward, contribute. The young quota is made up of Pradilla, Joel Parra and Garuba.

With Rudy Fernández as the only memory of past successes, the team will fight in Group A against the Bulgarians, Turkey, Belgium, Montenegro and Georgia to be in the final phase, which will be played in the Mercedes-Benz Arena in Berlin, with capacity for 15,280 spectators. The Turks, with Larkin and several NBA players, are the strongest rival in the first phase of a Spain that has rowed against the tide all summer.

The controversy over the nationalization of Brown opened a preparation punctuated by injuries, including those of Abalde and Llull, and the defeats against Greece and twice against Lithuania. Despite the doubts, they should be in the round of 16, a round to which four teams per group have access, although the final position will be key to try to avoid the numerous coconuts that appear on the horizon.

The rival in the crossing of the Spaniards would come out of Group B, where, among others, are the fearsome Slovenia of Luka Doncic, the powerful France, the talented Lithuania and the host Germany. The Slovenians, executioners of Spain in the previous European semifinals (72-92), and the French, silver in Tokyo 2020, are two clear candidates for gold, a shared starting position this year with a Greece that has exponentially increased its performance thanks to a single player: Giannis Antetokounmpo. The Hellenic giant will cause fear among his opponents in Group C, in which only Italy and the always tough Croatia seem to have wicks to try to stop him.

The start of the tournament is much simpler for Serbia, undoubtedly the strongest team in Group D and the country that closes the quartet of great contenders for the European throne, especially due to the presence of Nikola Jokic. The stars of the NBA shine at the Eurobasket, but the most represented domestic competition is the Endesa League with 42 players.

With very little rest, almost always with a game in contention and without the punished Russia, this Thursday begins an intense carousel of confrontations until the final on September 18 in which equality will prevail, with each duel becoming a trap that can condition the future of the 24 selections. Without the expectations of yesteryear, with less "talent" as Scariolo recognized, Spain will try to sneak into the fight for the medals against the odds, a high school poster that had been collecting dust in a drawer for decades