The judge of the National Court Santiago Pedraz has decided to file the extradition procedure opened against the Ukrainian and pro-Russian blogger Anatoli Sharí, resident in Tarragona, having received certain "operational information" from the Ukrainian authorities that placed him this summer in Italy despite to have a judicial prohibition to leave Spanish territory. 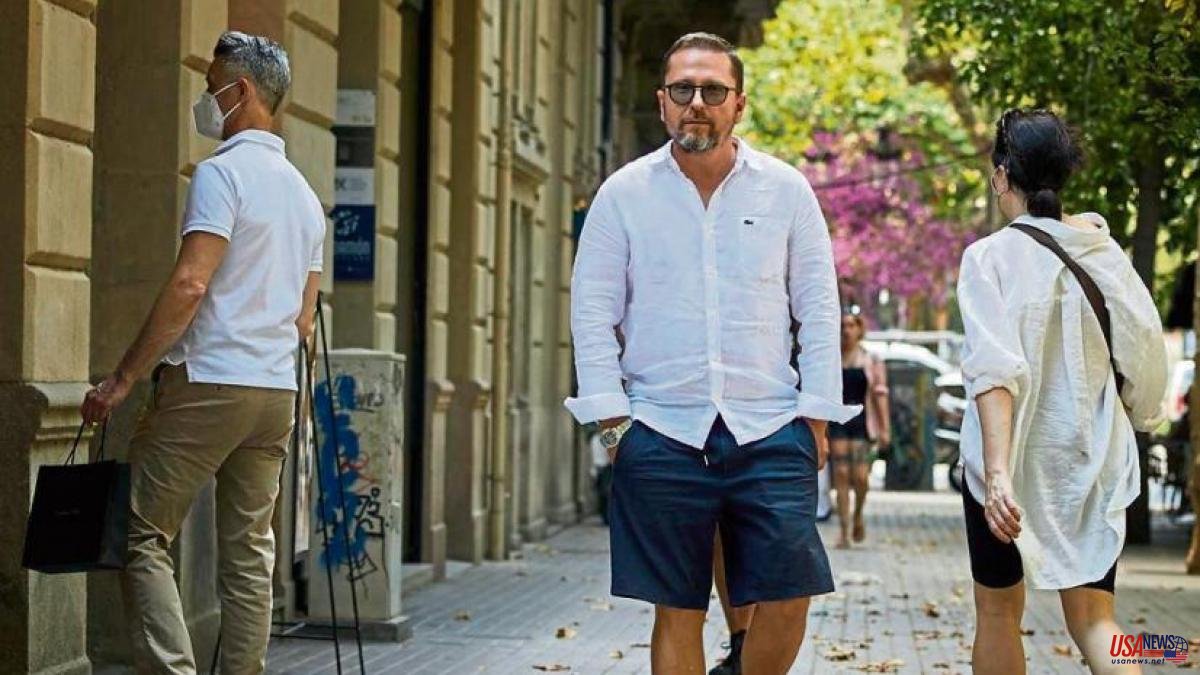 The judge of the National Court Santiago Pedraz has decided to file the extradition procedure opened against the Ukrainian and pro-Russian blogger Anatoli Sharí, resident in Tarragona, having received certain "operational information" from the Ukrainian authorities that placed him this summer in Italy despite to have a judicial prohibition to leave Spanish territory.

With the archive of these proceedings, on September 26, and with an Interpol arrest warrant remaining in force, the journalist's defense fears that he could be imprisoned and sent to Ukraine, where he is accused of crimes of high treason (for which could be asked for 15 years in prison-) and violation of the equality of citizens according to their race, nationality, religious beliefs or disability.

Sharí is an active pro-Russian journalist with thousands of followers on his social networks: around 3 million subscriptions on YouTube and some 275,000 on Telegram and Twitter. Years ago he was accused by the Ukrainian side of creating tendencies and states of opinion aligned with what Vladimir Putin later used to justify his invasion.

In May, after his extradition process was opened and he was arrested by the police, the National High Court released him but with precautionary measures: fortnightly court appearance, establishment of residence and seizure of his documentation, with a ban on leaving the territory. Spanish. His defense maintains that he has scrupulously complied with each of the presentations, on the first and 15th of each month, in the Tarragona province court closest to his home, in Roda de Barà.

"He has not left Spain since he was banned," his lawyer, Gonzalo Boye, told La Vanguardia. In August, after Judge Pedraz informed them that Ukraine had informed the Spanish justice system that Sharí had violated the precautionary measures and was in Italy, the defense presented a brief before the court, detailing day by day the activities of Anatoli, his wife and their young son in various Catalan cities throughout the months of July and August, supported -assures Boye- in documentary support. Among other things, Sharí and his family attended the Christina Aguilera concert at the Cap Roig festival in those days.

The file order of these actions does not specify what is that "operational information" that places this influential pro-Russian blogger in Italy in some period of last summer.

In an appeal filed with the court on the 28th, Shari's defense asks the magistrate to annul Interpol's official letter "since her client "not only lives where he always does but, in addition, has always been available to this Court even when it does not seem to have found out".

Sharí suspects that the Ukrainian authorities have hatched a "gross deception" in which the court has fallen, by making them believe that he had left the country.

Sharí posted a video on Tuesday on her Twitter account, recorded on Passeig de Gràcia and with a copy in Catalan of La Vanguardia from that day. "I am in Spain, I have not left Spain and I do not intend to leave Spain," she says.

Boye denounces the "null subtlety and skill" for the "deception" by "the claimant authorities" and regrets that the National Court has believed that "gross attempt at manipulation".

Sharii was arrested on May 3, just over two months after Russia's invasion of Ukraine began, in a judicial collaboration proceeding between the Ukrainian Security Service, the prosecutor's office and the Spanish authorities. Ukraine accused Shari of "illegal activities to the detriment of Ukraine's national security in the field of information" and of acting at the service "of foreign powers", referring to Russia. Sharí left Ukraine in 2012 and moved to Lithuania, which granted him political asylum status when he fled his country, then ruled by the pro-Russian Viktor Yanukovych, after uncovering certain police links with drug trafficking in his communication channels. It was in Lithuania that he began to change his discourse and to criticize the pro-European turn in his country after the Maidan protest. In 2016 he moved to Barcelona.

In March 2021, the Ukrainian president, Volodímir Zelenski, met with the Lithuanian, and a few days later the asylum withdrawal process began, which was formalized on the following May 10. In his country he had even founded a political party, which was investigated for an alleged crime of money laundering.