Spain and the year of the end of the world 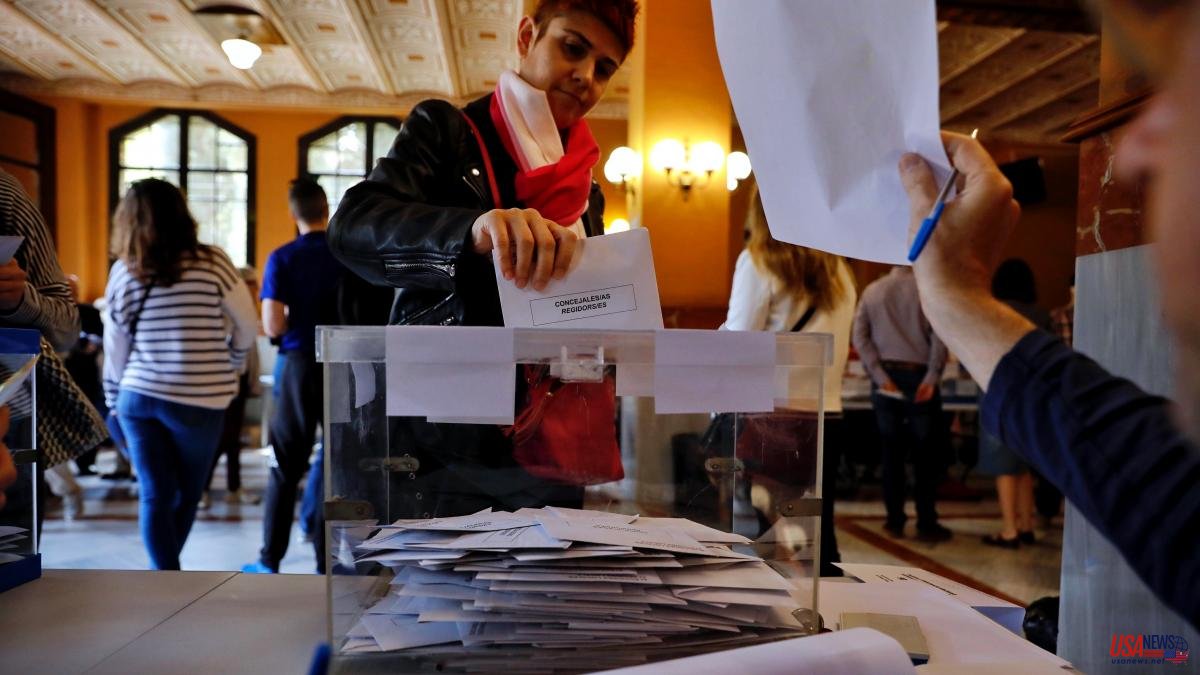 Municipal, autonomous in non-historical and general communities. Trio of elections in 2023. Or what is the same, the end of the world that in reality will not be from now on. Prepare your ears to listen for eleven months to the singsong that gives formal meaning to democracy: if they win, oops, oops, oops; If those win, oh, oh, oh. Between the uy and the ay, it is assumed that you have the interest and the ability to go to the polls to cast an informed, reasoned vote and according to your sense of balance between your particular interest and the general one. Except that professional politics in times of elections consists, not only but mainly, in preventing that from happening and that the more citizens approach the polls, the better it is with reason in their pockets and an open stomach. Emotions. Nothing more romantic than an electoral campaign, with the epidemic of political marketing professionals and the demoscopy demiurges whispering to each Cyrano candidate the verses that should be recited out loud to take the voter to their own mattress and move them away from someone else's bed. December has worked like a tough preseason, although with an epilogue imbued with Christmas spirit, with the CGPJ unlocking the renewal of the TC and the PSOE buying the anti-crisis measures of the PP instead of those of United We Can. It will also be, as is normal in the face of uncertainty, a favorable year for the market for fortune tellers, soothsayers and fortune tellers. We will be predicted, week in, week out, with unquestionable and irrefutable arguments one thing and its opposite. In today's poll, Juan wins, in tomorrow's poll Pepe will win, and in the last poll, Tomás. You have to entertain yourself with something until the elections arrive.

The broad lines of the script, waiting for the black swans, are already written. The right has three nails to hammer. The disintegration of Spain because of the traitor Pedro Sánchez, the economic difficulties of the middle and popular classes in the event that reality, or the narrative, ends up confirming scenarios even worse than the present and the social agenda, which is more conducive to Vox that for the PP. Since the popular ones always have to watch their most liberal flank, which they share with the left and even if it is to the cheetah, silencing the abortionist, euthanasia or gender à la carte agenda, to give a few examples.

The left, for its part, will entrust everything to the coconut that is to come if the tables turn: cutbacks in social rights and an approach to deal with economic turmoil that centrifuges costs on the most disadvantaged to save the rich . From Catalonia, there is little to expect on the left flank in 2023. If anything, the permanent reminder that things are better than in 2017. The process has not ended, as Pedro Sánchez self-interestedly affirms and the right perfectly intuits; only that it is convenient to put it fallow at electoral time and with more reason after the last transfers of the PSOE to solve personal problems –not territorial– with the reform of the Penal Code. ERC, which has become a patient party until further notice, will withdraw in Catalonia and in the conversation between Catalans that Aragonès says he wants to promote now.

It will also be a year with a growing tendency towards plot autarky. It is easier to talk about the external conditions of Spanish politics when there are no elections involved. Neither the covid nor the consequences of the war could have been managed with a hose of public money without the European Commission previously bursting chastity belts such as the deficit limit and public debt rules, which will continue to be suspended until 2024. To the Caesars what belongs to the Caesars and to the EU what belongs to the EU. Less in campaign, when all merit and demerit must be attributed to the leaders of the tribes of the interior. So equal they actually in economic affairs. Catalonia and the social agenda, these are issues on which the difference is based. Plenty of time to reason the votes. It will be in 2023. A happy year, let's hope.