The Minister of Foreign Affairs, European Union and Cooperation, José Manuel Albares, and his Moroccan counterpart, Naser Burita, have agreed this Wednesday that the customs of Melilla, where a previous one already existed, and of Ceuta, where a new one will be installed, will open "Throughout the month of January. 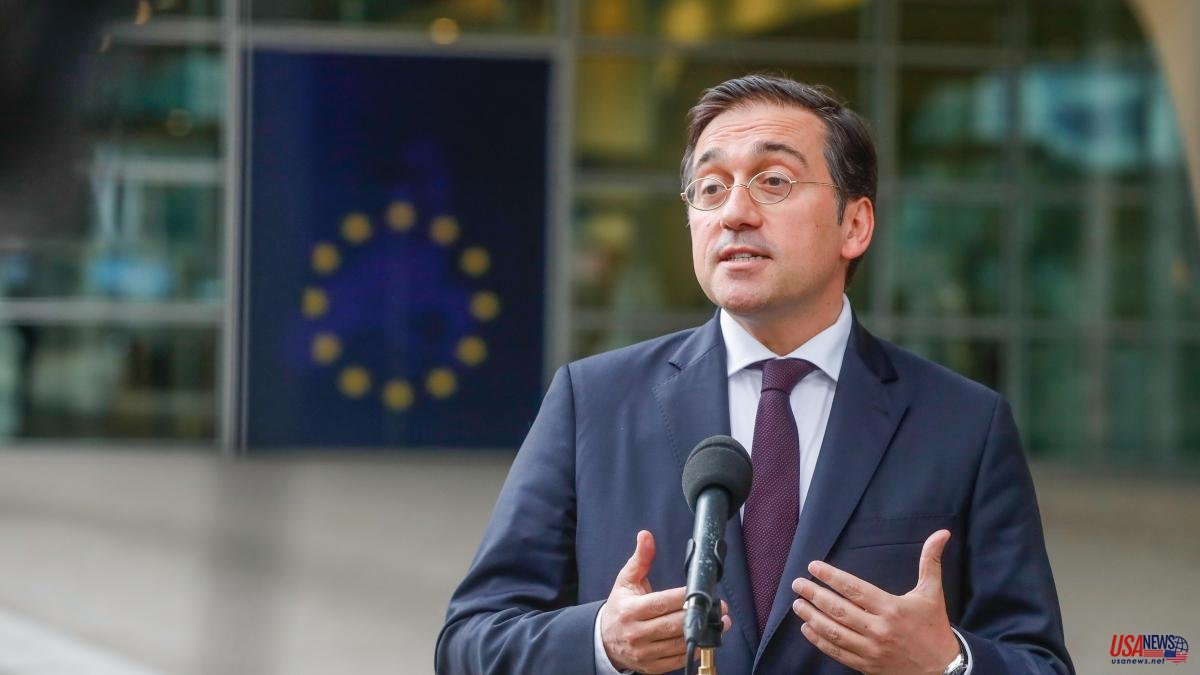 The Minister of Foreign Affairs, European Union and Cooperation, José Manuel Albares, and his Moroccan counterpart, Naser Burita, have agreed this Wednesday that the customs of Melilla, where a previous one already existed, and of Ceuta, where a new one will be installed, will open "Throughout the month of January."

This was announced after the meeting held in New York on the margins of the UN General Assembly. "We have agreed to work so that the beginning of the passage of merchandise in an orderly and gradual manner through the land customs posts takes place throughout the month of January," said Albares, who stressed that this year exports to the neighboring country have increased by 30%, to 6,000 million euros.

For his part, Burita has confirmed Morocco's intention to comply with what was agreed in the declaration of April 7 signed by the Prime Minister, Pedro Sánchez, and King Mohamed VI, which provided for the opening of customs.

Thus, he has said that the two countries will work for "an effective return to normality" in relation to the passage of people and goods through land and sea posts, trusting that the necessary "devices" are in place "from the beginning of the year in the framework of frank cooperation between two partners and friends".

The issue of customs was one of those that had aroused the most interest, since although there was already one in Melilla, which Morocco unilaterally closed in 2018 before the pandemic, in Ceuta they had to start from scratch. Sánchez made the announcement from Rabat, but the Moroccan government had not yet fully confirmed this point and even a senior official hinted that it would not be put into practice, although he later qualified his words.

The meeting has served both to "design the next steps" in the framework of the new stage in the relationship inaugurated by Sánchez's visit to Rabat last April and to reaffirm the will that the high-level meeting, which is not held since 2015, take place as set out in the joint declaration, before the end of the year.

According to Albares, the goal they have set is for it to be in November, if possible. The summit, which was to be held in December 2020 but was postponed due to the pandemic and later due to the crisis in relation to the reception of the leader of the Polisario Front, Brahim Ghali, "will be a new opportunity to take stock and continue advancing together and reaffirming Spanish-Moroccan friendship".

The minister has assured that all the working groups included in the April declaration have already met, "complying with the planned work schedule", and has highlighted the "significant advances" that have occurred in these months, such as the resumption of the operation Crossing the Strait or the reestablishment of air, sea and land communications.

On the other hand, he has announced that the Government is going to approve "a project of the Development Promotion Fund for 20 million euros" to contribute to the development of Morocco, the first granted to this country in 20 years and that it will be used to the granting of microcredits for the inclusion of young people and women in the productive system.

Regarding migration, Albares has valued the "excellent cooperation" on immigration as reflected in the data with a 20% drop in irregular arrivals in the last four months compared to the same period in 2021.

This decline, he stressed, is "the result of joint work against criminal networks of human trafficking", hence both have agreed "to continue strengthening this cooperation, particularly on the Atlantic coast", which is the one that affects the Canary Islands.

Finally, it has indicated that the Government has offered collaboration to Morocco through "technical assistance" both in the railway sector and in the water and sanitation sector to set up integrated systems on a national scale such as those of Spain" and has made it clear that the Spanish companies are "willing to collaborate in the integral development of Morocco".