Spain and Germany maintain a common position in the commitment to energy autonomy and agree in pointing out that it is "extremely important" that the MidCat gas pipeline, which France opposes, be operational in 2025. 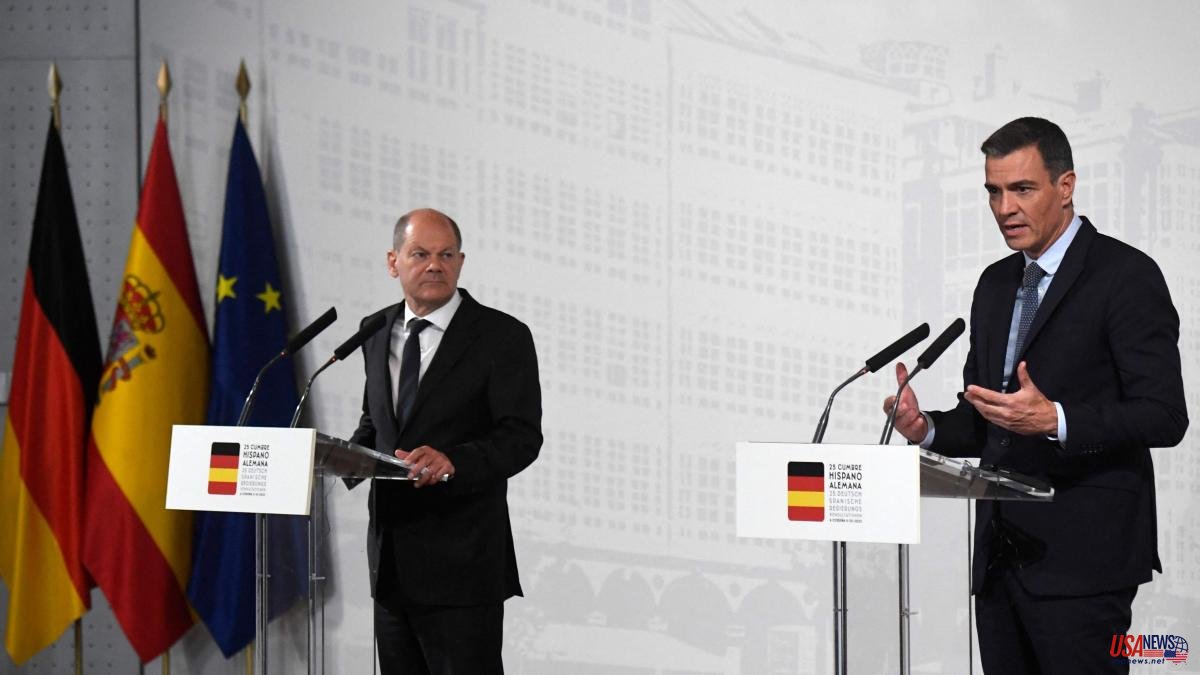 Spain and Germany maintain a common position in the commitment to energy autonomy and agree in pointing out that it is "extremely important" that the MidCat gas pipeline, which France opposes, be operational in 2025.

This is stated in the Joint Action Plan agreed between Spain and Germany within the framework of the XXV Spanish-German Summit, complementary to the institutional declaration in which they commit to "strengthen" their cooperation in arms and defense and see it as "essential to increase interconnections” to guarantee energy supply.

Specifically, according to the 25-page document, the governments of Germany and Spain maintain that "the construction of a gas pipeline ready for hydrogen large enough through the Pyrenees to be operational in 2025 is of the utmost importance to achieve a market truly robust energy pipeline within the EU, speed up the green transition and strengthen the EU's strategic autonomy."

For this reason, both agree to involve France in this matter because "the necessary conversations must include all the parties involved, as well as the European Commission", given that France maintains its position against this project for the Pyrenees.

“We will make the geopolitical implications of the global energy transformation a regular part of our dialogue. Both of us will continue to advocate for a greater interconnection capacity of the Iberian Peninsula to improve its contribution to the security of supply to the entire EU”, defend Spain and Germany in the joint action plan.

They consider that it is relevant both for electricity interconnections and, especially, through the development of the hydrogen corridor through the Pyrenees, identified by the RepowerEU Plan, to supply gas to Central Europe, and that in the future it will have to transport renewable hydrogen.

To that end, they will intensify bilateral cooperation on energy and climate-related issues, particularly energy efficiency, renewable energy, energy storage, and green hydrogen and its derivatives in order to "explore opportunities" to "accelerate the expansion of the green hydrogen industry, the improvement of infrastructure and supply chains, as well as the establishment of a commercial relationship, also for hydrogen-related technologies”.

This objective is set by the two countries in the working document in which "war" is a vector of bilateral action because it also supposes a "challenge" for "Euro-Atlantic security".

"Germany and Spain seek to develop and strengthen the EU's capacity for action, as well as strengthen our resilience in complementarity with NATO" and "will remain committed to the development of NATO's central tasks in line with the decisions of the Summit to enhance Allied Collective Defense and stand in full solidarity with the Allies.”

“Our joint contribution to enhanced Baltic air surveillance is just one major initiative. Furthermore, we will remain committed to international crisis management and aim for even closer cooperation on common missions. We will also remain committed to strengthening NATO-EU cooperation, “fostering a new and more ambitious one as soon as possible using high-level political meetings of both organisations”.

Just as Spain receives support from Germany for the gas pipeline through the Pyrenees, the German Executive is trying to obtain Spanish support for the construction of a European anti-missile shield but, according to diplomatic sources, this matter was not discussed in the bilateral talks between the ministers or of the leaders during the XXV summit.

However, in the work plan, Spain and Germany are committed to the Weapon System/Future Combat Air System (NGWS/FCAS) development program, as well as the ongoing weapons programs Eurofighter, A400M, European Male Rpas and some others and , in short, for “improving coordination in planning and capacity development in order to develop a more coherent European defense landscape”.