Spain: and closing, first in the group

Having overcome that strange setback against Belgium, Spain acts as a uniform and compact block. 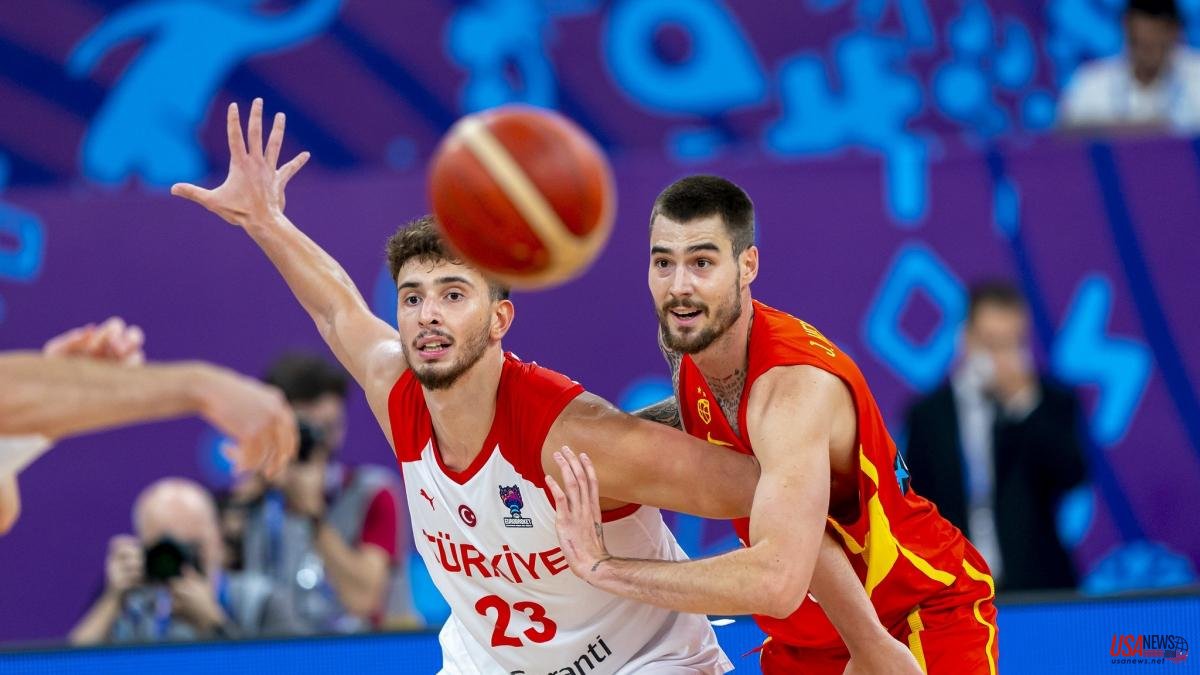 Having overcome that strange setback against Belgium, Spain acts as a uniform and compact block. With the exception of the Rudy Fernandez headdress, they have all come into play on Scariolo's team. Everyone has a personalized assignment and everyone assumes and respects their role. Under those wickers, the team shoots.

We have seen it this time against the Turks.

The victory of the Spanish (72-69) has given them the definitive leadership of Group A and will allow them to overcome the powerful Germany and Slovenia. In the round of 16, this Saturday, they will face Lithuania. In a decisive match, the Slavs have kicked Bosnia out of the tournament (87-70).

The Spain-Turkey statistics illustrate many things. He brings to the stage the miscellany of resources of the Scariolo set, a very complete set in which everyone fits, nothing to do with the limited (numerically) Turkey, just a jumble of five or six men who cook it and eat it among themselves.

Osman (20 p.), Korkmaz (16 p.) and Sengun (14 p. and 12 rebounds) are magnificent, exemplary NBA, but the rest hardly support them, especially if Larkin does not work, this Thursday a burden for the Turks .

And that famine has its easements. He conditions the minutes, exhausts the players and can cause a technical KO: four minutes from the end, and with the score tight (59-59), Sengun committed his fifth foul and left the floor.

The eventuality would be lethal for the Turks and a gift for Spain, and especially for Willy Hernangómez, the Spanish franchise man under the hoops (15 points and 7 rebounds).

The diversity of options allowed Spain to assume the freshest outcome.

In that final stretch, Lorenzo Brown and Alberto Díaz -Scariolo's point guards- took on an essential role. With 69-68 ahead of Spain, they put even more pressure on Larkin and forced a robbery (reviewed by the referees) that would end up solving the mess for the Spanish. There were 19 seconds left and the Turks were not up to their necks in water.

Until then, everyone had been taking turns in Spain. López-Aróstegui and Brizuela kept it on its feet in moments of inspiration for the Turks and Garuba, Saiz and Juancho Hernangómez put muscle in the paint every time Willy Hernangómez asked for oxygen.

It is called a choral performance, and in this task Scariolo rules, the selector who builds a block thinking of the whole, and who shies away from stellar personalisms and individualities.

Without shouting too much, the options of this serious and professionally charged Spain are taking shape in Georgia.

Incidents: Fifth day of group A of the Eurobasket played at the Tbilisi Arena in Tbilisi before some 1,000 spectators.