Spain also looks at Al Rayyan: Germany-Japan as an aperitif

An hour and a quarter before Luis Enrique's games against Costa Rica begin (5:00 p. 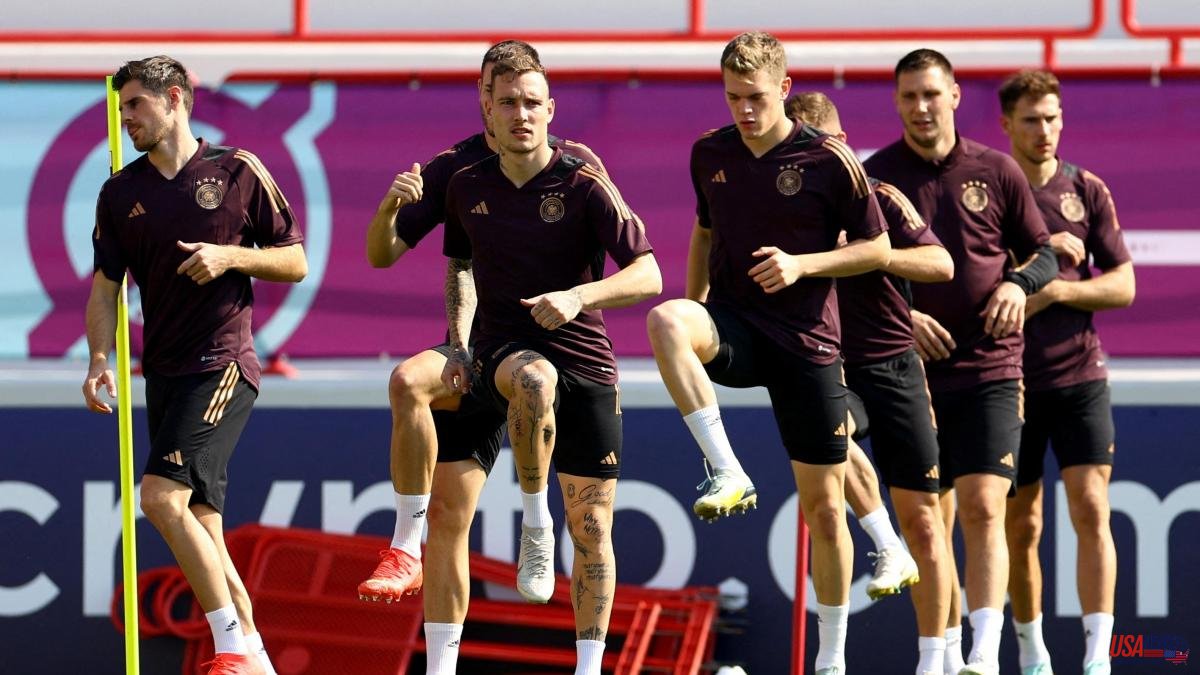 An hour and a quarter before Luis Enrique's games against Costa Rica begin (5:00 p.m.), Spain will already know the result of the Germany-Japan game that opens group E at Al Rayyan. A priori, the Germans should have no problems against the 24th world team (according to the FIFA ranking) to start the road to the five-time championship. Germany is, in fact, the only team that could match Brazil in the list of winners. Hansi Flick's men arrive in Qatar with the lesson learned from Russia'18, where they went home in the group stage after completing one of their worst tournaments in history (they lost to Mexico and South Korea). Flick, who replaced Joachim Löw (the last one to win the World Cup for Germany, in 2014), continues to entrust the fate of the Mannschaft to the Bayern bloc, with Neuer, Kimmich, Müller, Goretzka, Gnabry and the young Jamal Musiala ( 19). They are joined by world figures such as Gündogan (Manchester City) and Kai Havertz (Chelsea), or the veteran Mario Götze (Eintracht), who has had to replace the perennially injured Marco Reus in major tournaments. The last setback the coach has had was the last-minute loss of striker Leroy Sané, known yesterday, due to a knee problem.

"It's a shame we can't count on him. He is a player who makes a difference. There are options that he can play on Sunday against Spain. We are working with the medical team on that, ”said Flick, who hinted at the possibility of starting with Thomas Müller, in his fourth World Cup at the age of 33.

Opposite, Germany will have a Germanized Japanese team, since eight of its players play in the Bundesliga. The Japanese figure is Minamino, formerly of Salzburg and Liverpool and now at Monaco, who has been the top scorer in the qualifying phase with 10 goals. Although the best known to the Spanish public are Take Kubo (Real Sociedad) and Shigasaki (Leganés).