Spain, against the UN team

This is what migrations have, the diversity of a world without borders, the legacy of colonialism and the call of origins: that 16% of the World Cup players in Qatar 2022, that is, 137 of the 832 soccer players, do not represent the country where they were born. 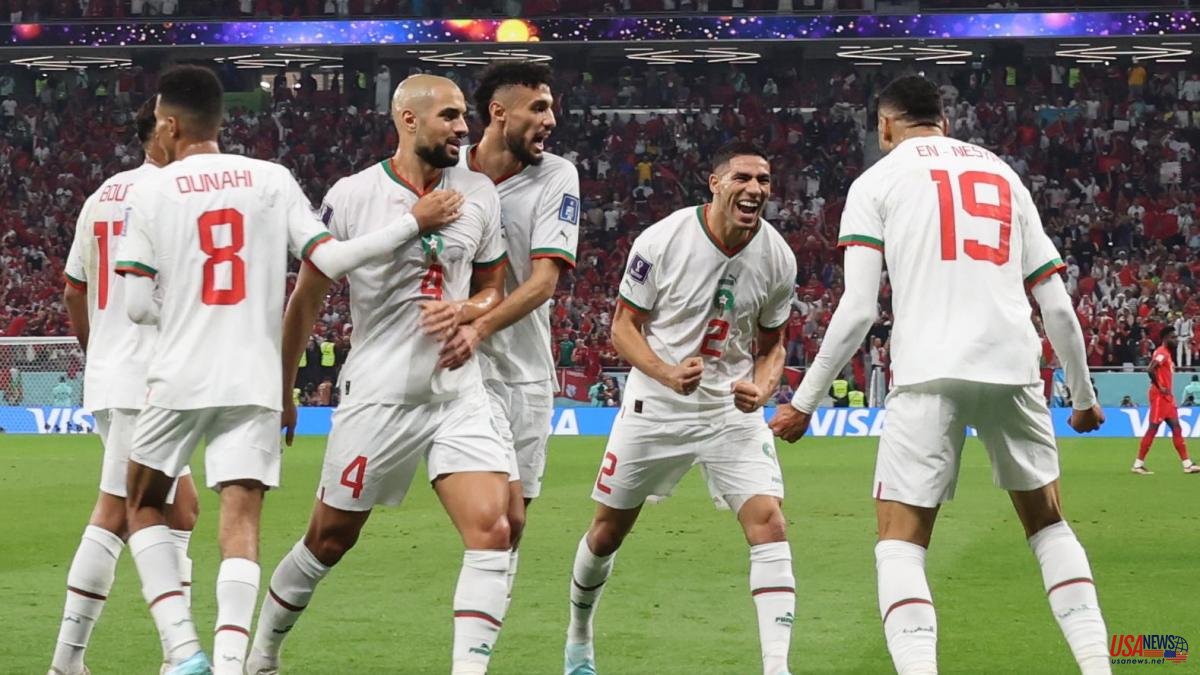 This is what migrations have, the diversity of a world without borders, the legacy of colonialism and the call of origins: that 16% of the World Cup players in Qatar 2022, that is, 137 of the 832 soccer players, do not represent the country where they were born. The paradigmatic case is Morocco, Spain's rival on Tuesday in the round of 16, which is a true UN team with up to 14 foreign footballers –born outside Moroccan territory– from six countries of origin.

The Atlas lions are, by far, the most international team of the 28 that harbor some dissonance between the place of birth and the team represented. Thus, among Hoalid Regragui's 26 players there are two born in Spain, the goalkeeper Munir Mohamedi, a native of Melilla (and who played for Ceuta, Almería B, Melilla, Numancia and Málaga, before moving to Saudi Arabia), and the PSG's extremely powerful right-back Achraf Hakimi, born and educated in Getafe –and trained at Real Madrid–, but who represented Morocco from the lower categories.

Also playing for the Moroccan team are four born in the Netherlands – Hakim Ziyech, Noussair Mazroui, Sofyan Amrabat and Toulouse striker Zakaria Aboukhal–; another three born in France – Sofiane Boufal, Amine Harit and Romain Saïss–; one in Canada, the Sevilla goalkeeper Yassine Bounou; one in Italy –Walid Cheddira–; and three born in Belgium, Selim Amallah, Ilias Chair and Bilal El Khannous, who, precisely, were the subject of controversy in the run-up to the Morocco-Belgium clash on the 27th for facing their country of birth.

To avoid pressure from the media, the Moroccan coach preferred not to take El Khannous –18 years old– to the press conference, who had played with Belgium in lower categories and ended up opting for Morocco. A preference defended by coach Hoalid Regragui: "You have to represent the country whose shirt is the one you feel in your heart," he commented, acknowledging that the situation generated "an environment with great emotional relationship."

Something similar could happen to Ez Abde on Tuesday when he faces Spain, the country that welcomed him at the age of four, and with whose team it seemed he was going to play. The Barça winger on loan to Osasuna grew up and he grew up haggling in the streets of Carrús, an Elche neighborhood, and he has dual nationality.

He was able to choose to play with the red, in fact, he rejected Morocco's call to play in the African Cup last December. Abde preferred to stay in Barcelona, ​​since he was counting for Xavi – he played 10 games until January 2022–. But when he went down to the subsidiary and saw that the call for Luis Enrique was difficult for him, the winger changed his plans: in March he offered himself to Morocco and was called up for the World Cup qualifying matches, and from there to Qatar.

In addition to the adopted Abde, seven other footballers born in Spain are playing in the World Cup with other teams, due to various and sometimes curious circumstances. This is the case of the Serbian brothers Milinkovic-Savic, sons of former player Nikola Milinkovic, who played for Spanish clubs for seven seasons, long enough for his son Sergej to be born to him in Lleida and Vanja in Ourense.

The Danish Robert Skov, born in Marbella, was also born in Spain by accident, where his family lived between 1994 and 1997 since his father worked in a bank in Gibraltar. Or the Ecuadorian with an English accent Jeremy Sarmiento, born in Madrid, the son of Ecuadorian migrants, who followed their work route to Leeds when the boy was 7 years old. Neither Spain nor England chose Ecuador, his country of origin.

As happened to the two Moroccans mentioned above, Achraf and Mohamedi, or Iñaki Williams, born in Bilbao, but with roots in Ghana, whose team he has defended in Qatar. Unlike his brother Nico, born in Pamplona, ​​and who preferred to play with the red. The same thing happened with Mazinho's sons (ex-Valencia and Celta): Thiago, born in Italy, played for Spain, and Rafinha, born in Rio, defended the Brazilian shirt.