The Spanish Minister of Foreign Affairs, José Manuel Albares, has assured that for peace to return to Ukraine as soon as possible "Russian soldiers must return to the borders of the Russian Federation, which they never had to leave". 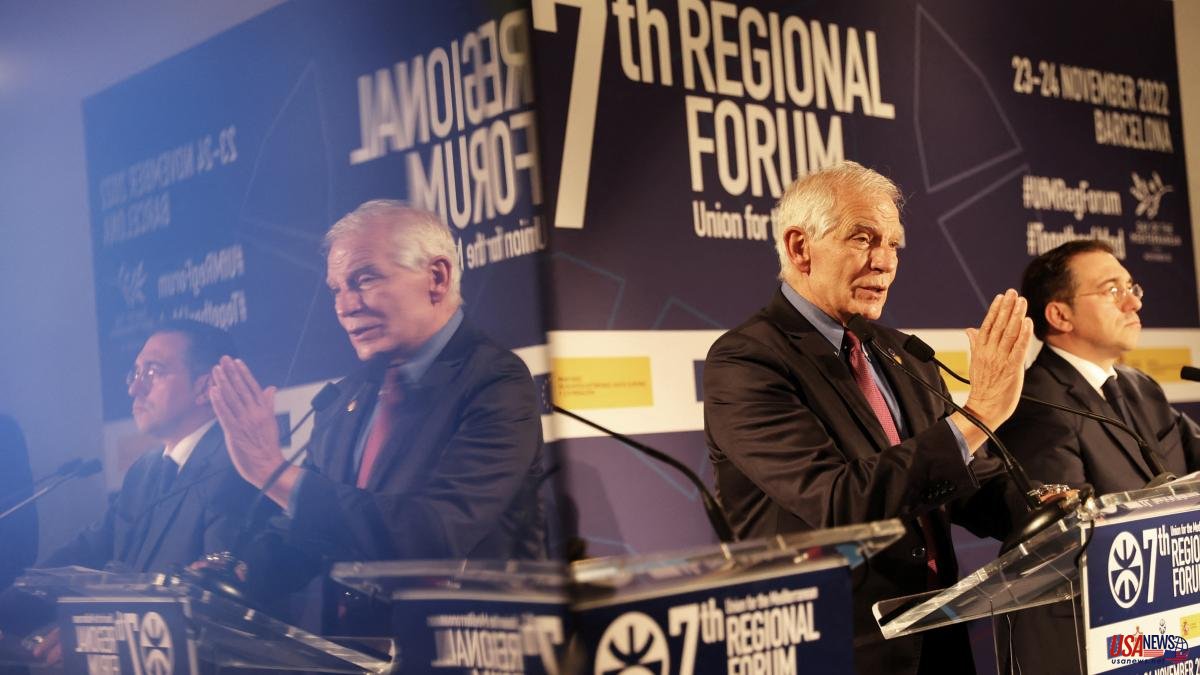 The Spanish Minister of Foreign Affairs, José Manuel Albares, has assured that for peace to return to Ukraine as soon as possible "Russian soldiers must return to the borders of the Russian Federation, which they never had to leave". During the press conference offered at the end of the VII ministerial forum of the Union for the Mediterranean (UPM), held this Thursday in Barcelona, ​​the head of Spanish diplomacy warned about the effects of the Russian invasion on the citizens of the Mediterranean.

“Spain's desire from the beginning is that diplomacy and dialogue be the channel through which any conflict is resolved. Everything that the government of Spain and its European partners do has only one objective: that peace return to Ukraine as soon as possible, and for this the Russian soldiers must return to the borders of the Russian Federation, which they never had to leave”, Albares has maintained.

The war in Ukraine has been one of the main points of the regional meeting, where the energy and food crisis derived from the conflict is of particular concern. The High Representative of the European Union for Foreign Affairs has drawn a not very encouraging scenario during his speech when he affirmed that the war "has caused a food and energy crisis that affects the whole world, in particular the southern Mediterranean, it is laying the foundations for a financial crisis, more inflation, less growth and more human suffering”.

Borrell has admitted that the EU is focused on the Ukrainian crisis, but has assured that although Brussels is "concerned and busy" with Ukraine, it does not lose sight of its "attention and commitment" to its southern neighbors. "If you look at a map of Europe at night, you will see it illuminated and you will see a big black shadow, it is Ukraine, where there is no light," he said, adding that "Russian bombing threatens to destroy the country's energy infrastructure in the dead of winter." . However, “this does not diminish our attention and concern for the friends of the south. And this forces us to recognize that the gap between the two sides of the Mediterranean is growing”.

In this sense, Albares has announced that Spain wants a summit of leaders of the EU and the Mediterranean partners to be held during the second half of 2023, the period in which he will occupy the rotating Presidency of the bloc, at which time the Spanish Government wants "Place the Euro-Mediterranean agenda at the center of your Presidency".

The UPM is made up of 43 countries as of today, after the entry of North Macedonia. Thus, at today's meeting at the Miró Foundation, the 27 member states are present, along with fifteen other Mediterranean countries --Albania, Algeria, Bosnia, Egypt, Israel, Jordan, Lebanon, Morocco, Mauritania, Monaco, Montenegro, Palestine , Tunisia, Turkey and Libya--. In the case of the Southern Neighborhood, it includes Algeria, Egypt, Israel, Jordan, Lebanon, Libya, Morocco, Palestine and Tunisia.

The Jordanian Foreign Minister, Ayman Safadi, who co-chairs the UPM together with the EU High Representative for Foreign Policy, Josep Borrell, recalled that "everything that happens in one part of the Mediterranean reverberates in the other" and urged solutions to be found global refugee crises. "Refugees cannot be the responsibility of only the states that host them," he said. Subsequently, he has assured that migration crises are not resolved by "closing borders" but by creating opportunities in the countries of origin.