It does not loosen the tension on the Korean peninsula. 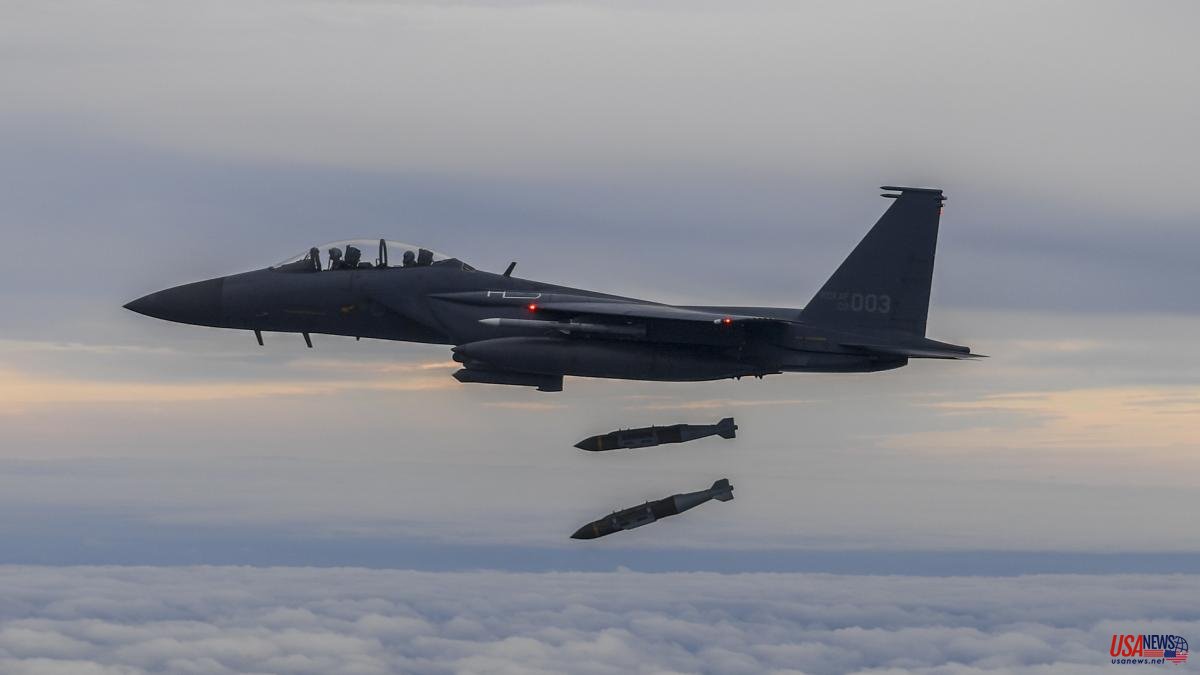 It does not loosen the tension on the Korean peninsula. This Wednesday, the armies of South Korea and the United States fired four missiles in response to the launch of a North Korean ballistic missile that flew over Japanese territory the day before and pushed its residents to seek refuge in buildings or underground.

Each of the allies fired two ATACMS surface-to-surface ballistic missiles into the waters of the Sea of ​​Japan (called the East Sea by the two Koreas). Although at first it was reported that all of them had reached the marked targets, hours later it was learned that one of them, a South Korean Hyunmoo-2 missile, had failed and fell on the grounds of the air base from which it was launched, near Gangneung City.

Although the missile did not explode, the subsequent noise and fire made some residents think that Pyongyang had launched an attack against them, according to some local media reports. Images recorded by residents of the area, many furious at the lack of information, showed the fire unleashed at the base.

Military sources consulted by the Yonhap state agency indicated that no casualties had been recorded and that the fuel that the missile was carrying burned, but that the payload did not explode. The Army also said it is investigating the reasons for the "abnormal flight" of the projectile.

On Tuesday, North Korea fired an intermediate-range ballistic missile that flew over Japan for the first time in five years and landed some 3,000 kilometers off Japan's shores without causing damage. It was the fifth North Korean test in the last ten days, which coincided with the visit to South Korea by the US Vice President, Kamala Harris, and the carrying out of joint military exercises in which troops from Seoul, Tokyo and Washington participated.

After the shot, Japanese Prime Minister Fumio Kishida and US President Joe Biden had a telephone conversation in which both condemned "in the strongest terms" the North Korean shot.

Likewise, Washington called an extraordinary meeting of the UN Security Council to address what it considers a "clear violation" of the resolutions issued by this body. However, given the divisions that prevail among its members -Russia and China have already blocked in the past any message condemning the Kim Jong Un regime-, nothing suggests that the meeting will offer tangible results.

For his part, the South Korean president, the conservative Yoon Suk Yeol, also condemned his neighbor's launch on Tuesday and promised a quick response. Hours later, four South Korean F-15 fighters accompanied by four other US aircraft successfully fired several precision bombs at a mock target in the Yellow Sea.

In addition, the South Korean army announced on Wednesday that the US aircraft carrier USS Ronald Reagan will soon return to the area, where it already carried out military exercises last week with the South Korean and Japanese navies. This new deployment shows "the determination of the alliance" between Seoul and Washington in responding to threats from the North, they said in a statement.

Talks on North Korea's denuclearization have been stalled since the rapprochement between then-President Donald Trump and dictator Kim Jong Un failed in 2018. Since Joe Biden became president, Pyongyang has turned a deaf ear to any proposal for a US dialogue, demanding as a precondition that it end its "hostile policies."

In order to strengthen its weapons program, the country has vigorously resumed the path of military threats and missile tests, including that of its intercontinental ballistic missile. Last month, its authorities confirmed that they do not plan to abandon their nuclear weapons and enshrined in law their right to carry out preventive attacks if their government or atomic arsenal is threatened by a foreign power.

Now, many experts believe that the fact that one of its projectiles flew over Japanese territory could point to an intensification, in number and scope, of North Korean weapons tests. That is what happened five years ago, when the launch of two intercontinental missiles was followed by their last nuclear test to date.

For months, satellite images have suggested that the regime is preparing a new detonation in Punggye-ri (northeast). Now the question is whether he would act before the 20th congress of the Communist Party of China, which will start next week, or would he prefer to wait for its conclusion so as not to interfere on such important dates for his greatest and staunchest ally.