According to authorities, Jeffery David Powell (36), was the suspect gunman. He boarded a plane shortly after the shooting. 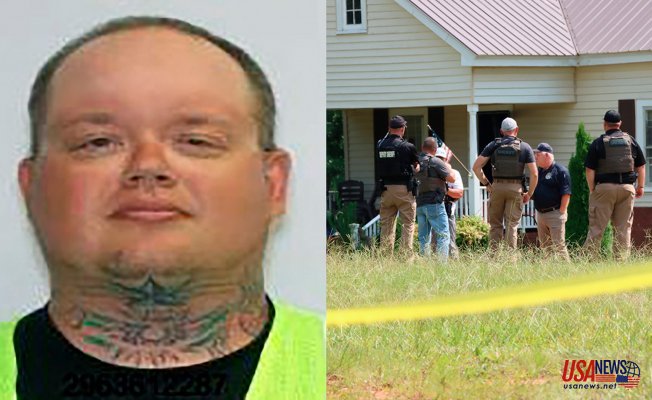 Authorities in Florida have arrested a suspect in the shooting deaths of three people and injury to a child that occurred in South Carolina on Monday.

The shooting took place at 3:00 p.m. in a rural Greenwood County home, 50 miles from Greenville. Greenwood County Sheriff Dennis Kelly said that deputies discovered a man, woman and girl inside the house.

According to authorities, Jeffery David Powell (36), took a commercial flight shortly after the shooting. U.S. Marshals arrested him hours later. Marshals found him at a Jacksonville, Florida, hotel, according to the sheriff's office.

Kelly didn't provide details into how Powell made it to the airport or how officers learned of his whereabouts, the Index-Journal of Greenwood reported. The sheriff said Monday night that the investigation was still ongoing.

Kelly stated that there is a relationship, but Kelly did not reveal the details of how they knew each other.

According to the newspaper, the child who was injured in the shooting was stable as of Monday night. Kelly stated that the child was able to escape the house and asked a neighbor for help. Someone called 911.

Sheriff said that authorities are holding back on releasing any more information about the suspect's relationship to victims until the Greenwood County Coroner's Office can notify the next-of-kin.

During the course of the investigation, the sheriff's office said Powell's status was upgraded from a person of interest to a suspect.

The State Law Enforcement Division was called in to assist with the investigation. Police dogs were also seen looking around the area where the shooting took place.

Court records show that Powell was convicted in 2013 and 2014 of domestic violence.

The sheriff's office did not say what charges Powell faces after the shooting or if he had a lawyer.