The painter of the light of the Mediterranean, of bright colors and whites of infinite shades. 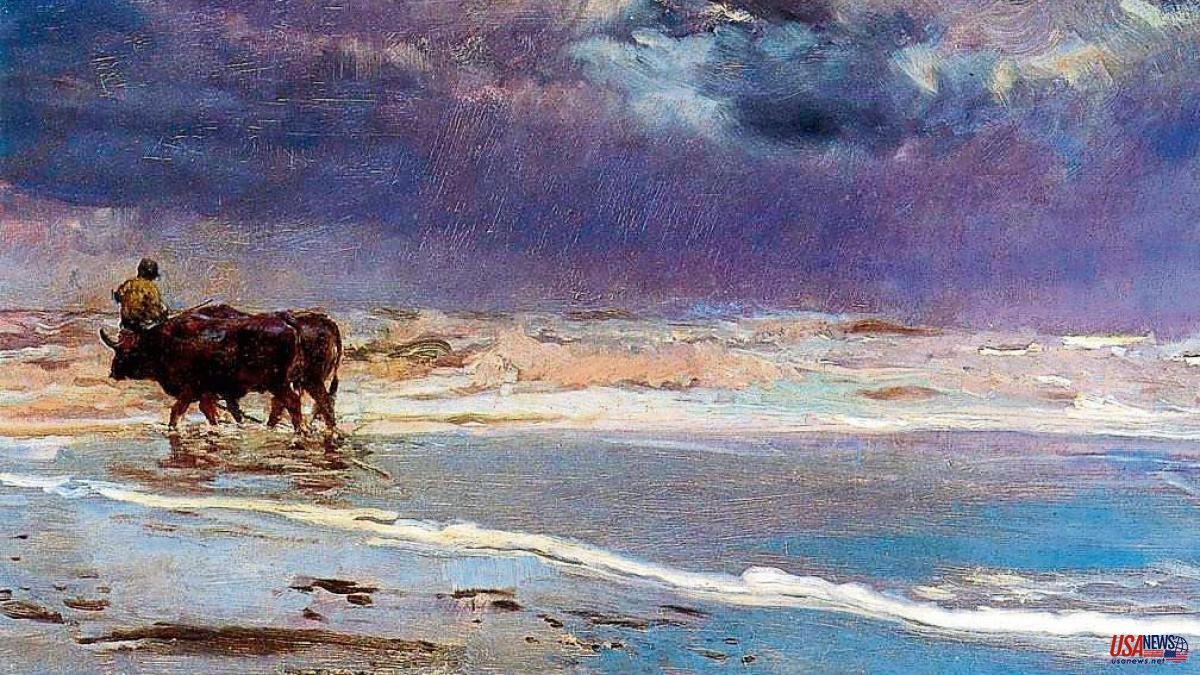 The painter of the light of the Mediterranean, of bright colors and whites of infinite shades... he also used black. And the Sorolla Museum in Madrid presents Sorolla in black until November 27, sixty works that show that he was present in his palette and that question whether he was at odds with his poetics. A black that in theaters translates into rainy beaches, portraits of girls and personalities and painful social themes, such as women arrested for having abortions or the trafficking of young people for prostitution.

"It seems like an oxymoron, a contradiction, we associate Sorolla with colors, lights, luminosity, and yet black is a very important color for him," says the curator, art historian Carlos Reyero, who points out that " he does not use it to darken other colors or in the shadows, he uses it pure, bright, looking for chromaticisms, harmonies, with grays or in contrast to other colors”. And that he points out that his black comes from three places: “First from reality, in which there is black. Distinguished gentlemen dress in black, and he, as a painter of reality, observes and paints in black. The second source is the Spanish tradition, present in him throughout his life, not only in the early days, as is often said, and where blacks were used. Above all, El Greco, which is why Sorolla's portrait of Manuel Bartolomé Cossío has a special aesthetic value in the exhibition, it is the starting point. They are the brilliant blacks of El Greco, the blacks of Spanish fashion, those of Velázquez or Goya. And the third source is the great international painting, French, like Manet, Americans like Whistler, and even the Nordics, who, due to the rediscovery of Spanish painting, use black ranges. And Sorolla is cosmopolitan, he knows international painting well”.

Reyero emphasizes that "it is not an informative exhibition, it requires sensitivity towards painting, I want to return the idea of ​​a painter painter, that you can enjoy the pictorial surface", and points out that the first room, full of portraits of personalities and family members, “It is a space of calm, I would like the viewer to be immersed in it with these characters who do not pose in tension, sitting, smoking cigarettes, as if they were passing by, and with portraits of relatives dressed in gray shades, as if they were not needed the dressing of color to express affection to his children and wife”.

The exhibition also examines black as a symbolic color, although, he points out, "Sorolla is not a symbolist, but all cultures give colors a symbology and black in the West is still today associated with the dark, the sinister, the tortuous, the death, evil Sorolla is permeable to reality and in the painting of the matchmaker, the trafficker is dressed in black, something sinister as if she were guilty of the lurid issue of girls who prostitute themselves”. And, he continues, "although she is associated with white, bright, cheerful Spain, Sorolla was also interested in bitter types who resemble Zuloaga's themes, drinkers, alcoholism as a form of personal degradation."

But also Sorolla, a great fan of Japanese prints, which he collected, uses black to intensify contrasts in powerful paintings such as La mocita andaluza and Las tres madrileñas, where white and red collide almost decoratively. And of course, Reyero concludes, although the painter does not like gray days because if it rains he cannot paint outdoors, he is interested in variations in light and one of the masterpieces of the exhibition is Gray Day on the beach of Valencia, where the bluish gray of the storm dominates and you can see even the gusty raindrops.