someone will swallow a toad

It was already presumed that it was not going to be easy for Pere Aragonès to govern with the support of only 33 deputies out of the 135 that Parliament has. 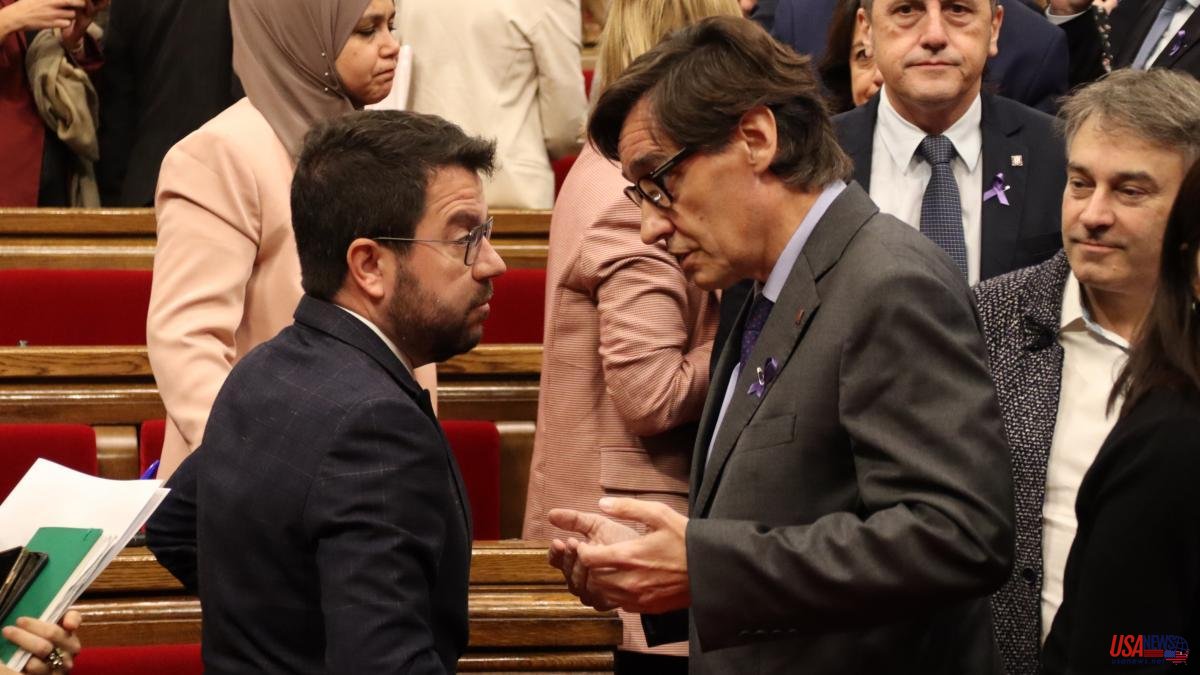 It was already presumed that it was not going to be easy for Pere Aragonès to govern with the support of only 33 deputies out of the 135 that Parliament has. The departure of Junts has allowed the Government to gain internal cohesion, but if parliamentary support is not guaranteed, all its efforts could end up being an exercise in futility. That is why it would be important for him to reach a stability agreement with other parliamentary forces to promote the government's work. If with Junts and the CUP it is impossible, because both formations have understood that their place is to be in the opposition, ERC only has the recourse of the commons and the socialists. With the former, he has already reached an agreement in principle to approve the budgets, but, as happened to Leo Messi at Barça, it is not enough, and he needs the PSC.

Esquerra has a peculiar way of negotiating. If you need to agree with two forces so that the numbers come out, you prefer to agree first with the minority. He did it with the CUP for the investiture of Aragonès and then it was very difficult for him to close the agreement with Junts. Now he has repeated it with next year's accounts. There is agreement with the commons, but it is very far with the socialists, who get more stupendous as the days go by.

Salvador Illa's strategy involves ERC making an obvious concession to his party. That is to say, that it is noted that the Republicans assume a swallow. That is why they have put on the table three iconic issues such as the expansion of El Prat airport, the Hard Rock project in Salou or the fourth ring road in El Vallès. If Aragonès does not accept it, he can run out of budgets. There was already a precedent in 2011 with Artur Mas at the helm of the Generalitat. At that time, the PSC abstained from the investiture of the convergent leader and put the inheritance tax as the only condition to approve the budgets. As it was an electoral promise, Mas refused to do so and had to approve the budgets with the support of Alicia Sánchez-Camacho's PP. Eleven years later, the story is revived with other actors. It would be nice if ERC and PSC made an effort of realism and approved the budgets. Someone must swallow a toad. The sooner you do it, the better.