Some The Strokes at half throttle at Primavera Sound

A crowd filled the esplanade called Mordor, where the two main stages are located, not to miss a detail of the expected performance of The Strokes. 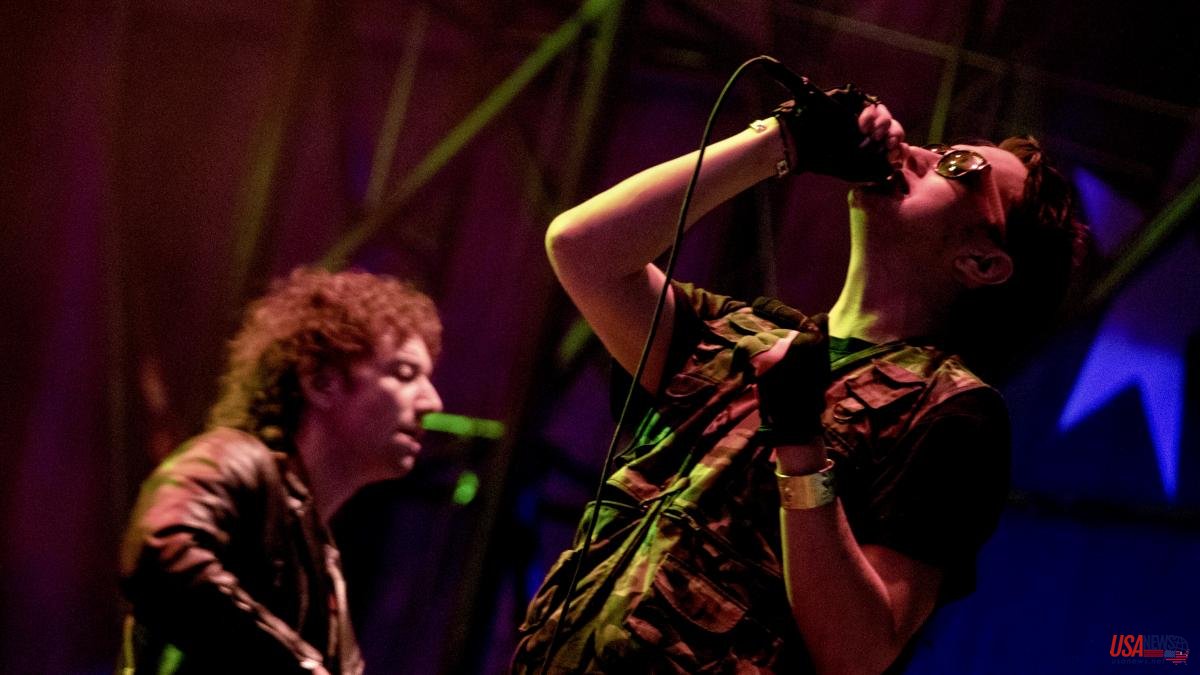 A crowd filled the esplanade called Mordor, where the two main stages are located, not to miss a detail of the expected performance of The Strokes. The New York quintet finally arrived at Primavera Sound after canceling their first scheduled performance last week. And it is already known that when the expectation is very high it is easier to feel disappointed.

It also didn't help having to watch the concert from far away, given the impossibility of getting close to the stage, where the sound is excessively muffled. But that was not the biggest problem. The worst was the self-indulgence of its singer Julian Casablancas, who seemed to be performing in a club rather than before a huge audience. His continuous jokes slowed down the rhythm of a concert of barely an hour, encore included, in which they only played fourteen songs and on top of that, leaving Last nite, the most famous and expected song of his, in the inkwell.

They started well with the intense Bad decisions. The singer then apologized for his cancellation due to Covid before addressing Hard to explain. The Selfless halftime served to bring him to his knees and emphasize the song's lyricism. In the prelude to the hard rocker Juicebox he blurted out “there are no people from Barcelona here, the crowd is international”. He also spoke about the Catalans, without us really understanding what he was referring to.

After acting as a sociologist came Someday, the big hit of the night, catchy and pop, rescued from his first album Is this it, which is now over 20 years old. Another highlight was Reptilia, with razor-sharp guitars and plenty of chants. From there the thing was deflating and even came to apologize for his jokes, before addressing the shrill and accelerated Under control.

Guitarists Nick Valensi and Albert Hammond, Jr. were impeccable and the latter even took a few steps on the keyboard in the introduction of Brooklyn bridge to chorus, before another date to his city in the form of New York City cops. At this stage of the concert, the public was already parading to other stages, without waiting for the nondescript finale with Threat of joy.

Then it was time to take a long walk to the opposite end of the festival, where the Tous stage is installed, to be able to see a piece of the concert by Burna Boy, a Nigerian afropop star who, as he said, was the first time he played in our country. . He arrived, after having achieved the milestone of filling the mythical Madison Square Garden in New York, with a greased band in which there is no lack of a populous choir and metal section, to offer a repertoire in which he mixes hip hop, pop and african music.

Shortly before, it was the turn of The Jesus and Mary Chain, the Scottish group of brothers Jim and William Reid, legends of alternative rock who continue to offer their mix of distortion and melody in a repertoire that highlights Some candy talking, Darklands and on all Just like honey. After them it was the turn of The Smile, a trio made up of two members of Radiohead, Thom Yorke and Jonny Greenwood, plus drummer Tom Skinner, who had worked in jazz since he was a member of the group Sons of Kemet. His quirky tracks have groovy moments and experimental phases, incorporating bowed bass and even a harp. In addition, the characteristic voice of Thom Yorke is constantly reminiscent of what he does in Radiohead.

Her performance overlapped with that of M.I.A. that's why we could only see the final stretch. This British rapper, singer, producer and activist of Tamil origin, who returns to the stage after being absent for a long time, became a benchmark in the first decade of the new millennium thanks to her first two albums, Arular and Kala, an explosive mix of rap, dancehall and electronic that is still absolutely current. She demonstrated it in a repertoire that culminated her classic Paper Planes, surrounded by a choir of fourteen women and four dancers, all in pristine white and with a large white dove projected on the screen, in what became for the chronicler one of the moments to remember from the festival.