At least 200 tourists trapped for ten, of the 622 registered -according to local authorities-, in the famous tourist destination, Machu Picchu, due to protests throughout Peru, were evacuated at dawn this Sunday, according to the AFP agency. 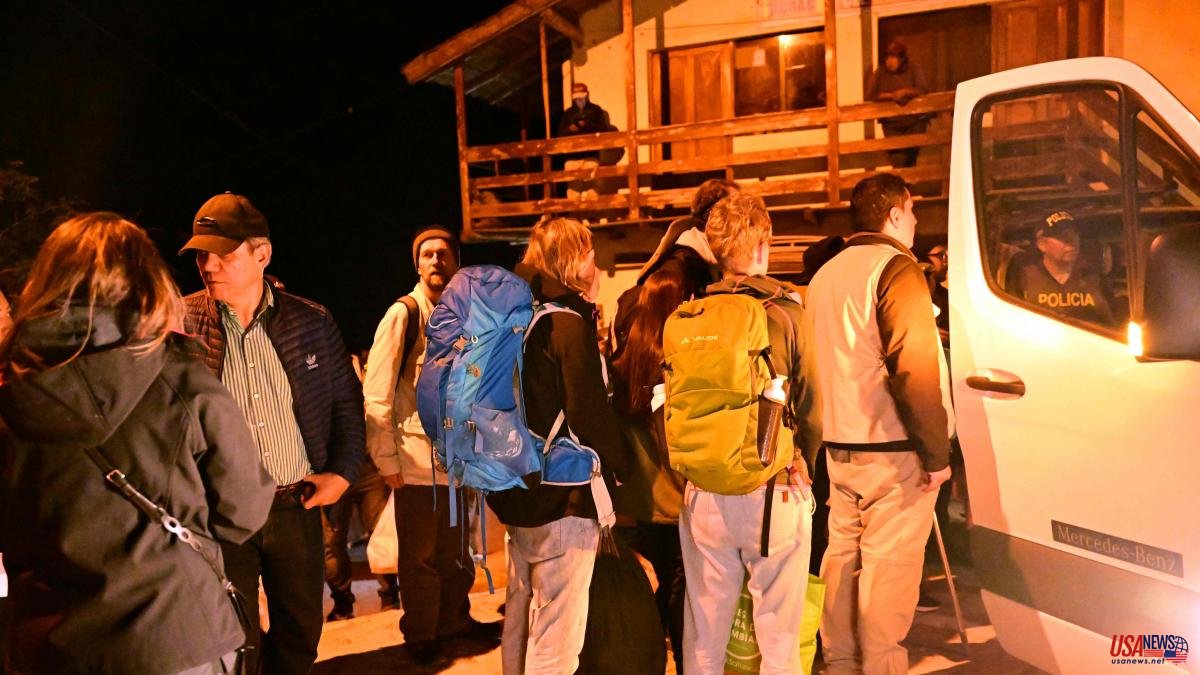 At least 200 tourists trapped for ten, of the 622 registered -according to local authorities-, in the famous tourist destination, Machu Picchu, due to protests throughout Peru, were evacuated at dawn this Sunday, according to the AFP agency.

On board a train they reached the outskirts of Piscacucho, in the Cuzco region, where a huge rock blocked their way. From there, the tourists - including North Americans and Europeans - walked two kilometers to board buses bound for the city of Cuzco, which has an international airport.

The mayor of the town near Machu Picchu, Darwin Baca, told international agencies that about "5,000 tourists" remain trapped in the Cuzco region.

The train travels once a day part of the route that connects the monument to Cuzco due to the detachment of large stones on the tracks since Tuesday, this is the only modern way to reach the citadel, the ancient capital of the Inca Empire, 110 kilometers of distance.

The Peruvian Army promised to send a helicopter on Saturday to provide "four humanitarian flights for the transfer of tourists" from Machu Picchu to Cuzco, according to local authorities, which specifies that families with "children and vulnerable people" will be given priority. .

The airport of Cuzco, the tourist capital of the country, reopened this Friday afternoon, allowing the start of the evacuation of tourists, according to images released by the Peruvian Ministry of Defense.

Peru has been rocked by protests, which have left at least 19 dead and 569 injured, sparked by the impeachment and arrest of President Pedro Castillo on December 7.