After hours of intense gunfire near the capital's presidential palace, President Alpha Conde was detained by mutinous soldiers from Guinea. Then, state television announced that the government was dissolved in an apparent coup. 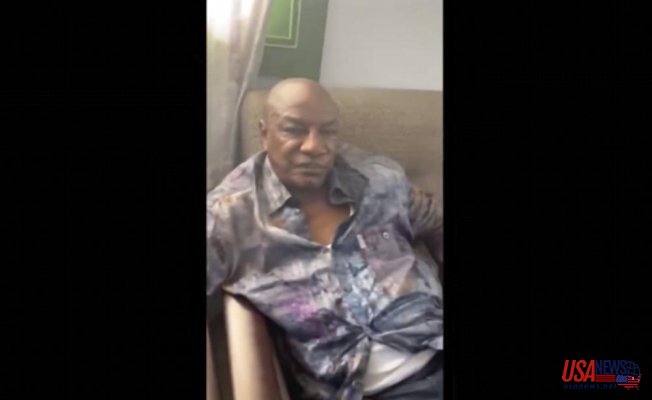 In an announcement made on state television by Army Col. Mamadi Doumbouya (army), the announcement declared the country's borders closed and invalidated its constitution. He said to Guineans that "The duty of a soldier was to save the country."

However, it was not immediately clear how much Doumbouya received from the military, or whether any other soldiers who have been loyal to the president for more than a decade might try to take control.

Conde's location was unknown for several hours following the fighting in downtown Conakry on Sunday. However, a video showing Conde in military custody showed him tired and disoriented. Although it was not immediately clear when or where the video was shot, a soldier can be heard asking Conde if the putschists had ever hurt him.

Doumbouya, commander of the army's special force unit, addressed the nation later from state television headquarters. He was draped in a Guinean flag and accompanied by about half a dozen soldiers.

"We won't entrust politics anymore to one man." Doumbouya stated, but did not mention Conde.

France 24 television later confirmed that Conde was in a secure spot and had seen a doctor.

The Associated Press was informed by a former U.S. diplomat in Conakry that the president had been taken prisoner by the putschists. Due to the sensitive nature of the matter, the diplomat was in touch with Guinean officials.

Conde, who has been in power for over a decade, saw his popularity drop since last year when he sought a third term. He claimed that term limits didn't apply to him and that term limits were not applicable to him. Sunday's dramatic developments highlighted how discontent had also been building within the military.

Doumbouya urged other soldiers to "put themselves on the side the people" by staying in their barracks during Sunday's speech. According to the army colonel, he was acting in national best interests and cited a lack in economic progress since 1958 when the country became independent from France.

He said, "If you look at the state our roads and hospitals, you will see that it has been 72 years since we last woke up." "We must wake up."

However, observers believe that tensions between Guinea's President and its army colonel resulted from a proposal to reduce some military salaries.

Heavy gunfire erupted near the presidential palace on Sunday morning and continued for hours. This sparked fears in a country that has already seen numerous coups and attempted assassinations. Although the Defense Ministry initially stated that the attack was repelled by security forces at first, there was more uncertainty when Conde did not appear on state television or radio.

The events that followed were very similar to other military coups d'etats. The army colonel and his fellows seized control over the airwaves and declared their commitments to democratic values.

This was a devastating setback for Guinea where many had hoped that the country would turn the page on its military power grabs.

Many had hoped Conde’s victory in 2010's election -- the country's first ever democratic vote -- would bring a new start to a country that has been ravaged by decades of corruption, authoritarian rule, and political turmoil. However, Conde's opponents claim that Conde has failed to improve the lives and well-being of Guineans in the years since. Most of them live in poverty despite its vast mineral wealth of bauxite, gold, and other minerals.

After his first election, gunmen invaded his home and attacked his bedroom with rockets. He narrowly survived the assassination attempt. One of his bodyguards was also killed when rocket-propelled grenades were launched into the compound.

After Conde organised a referendum to amend the constitution, violent street protests broke out last January. After Conde won the October election, the unrest grew and opposition claimed that dozens of people were killed in the crisis.

Guinea has a long history with political instability. After the death of the first leader post-independence, Lansana conte assumed control in 1984. He was in power for nearly 25 years until his death in 2009.

Soon after, a second coup followed, leaving Army Capt. Moussa "Dadis" Camara in charge. After being assassinated, he went into exile. A transitional government organized the landmark election of 2010 won by Conde.