Former NATO Secretary General Javier Solana attributes the current disagreement between the Western world and Russia to the fact that diplomatic relations with Vladimir Putin were neglected during the years that followed his coming to power in 2000, replacing Boris Yeltsin . 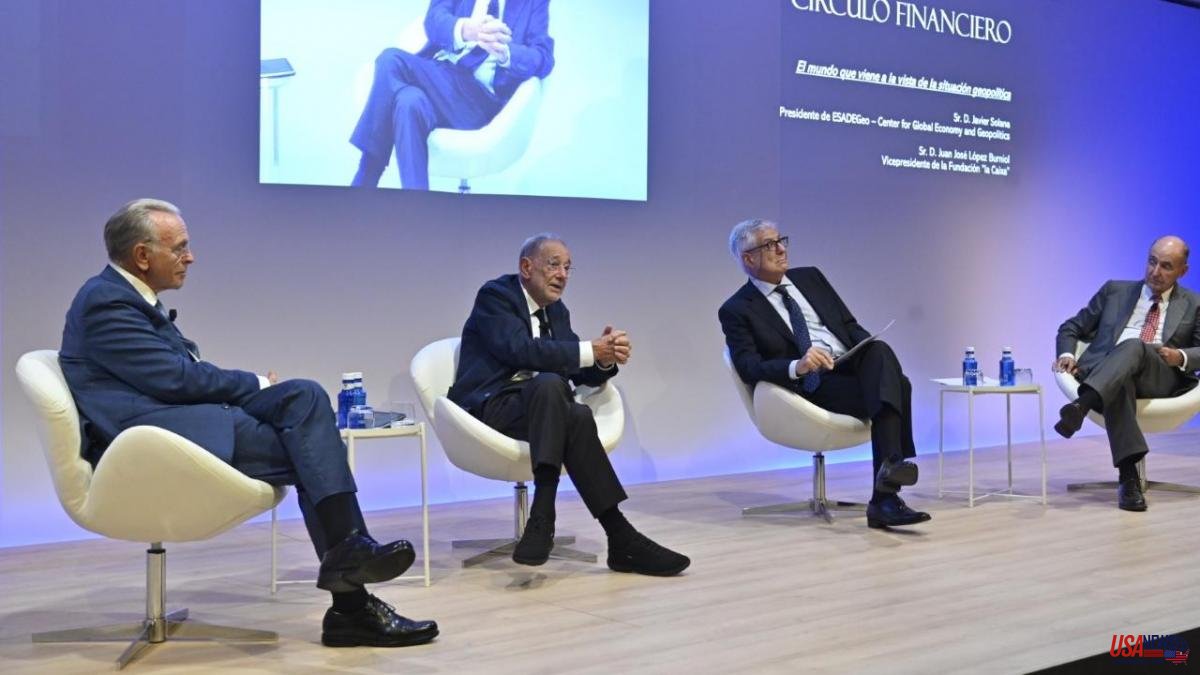 Former NATO Secretary General Javier Solana attributes the current disagreement between the Western world and Russia to the fact that diplomatic relations with Vladimir Putin were neglected during the years that followed his coming to power in 2000, replacing Boris Yeltsin . "We had moments of lack of approach, of affection, to Vladimir Putin, and he turned on his side," Solana said so graphically.

The also former head of European diplomacy participated yesterday in Barcelona in the first meeting of the Financial Circle after the pandemic, under the slogan "The world that comes in view of the geopolitical situation". Javier Solana, president of EsadeGeo, held a discussion with the vice president of Fundació La Caixa, Juan José López Burniol, where they both analyzed the geopolitical situation created by the war in Ukraine.

Solana reiterated his regret that the EU and NATO were not able to maintain "the proximity that should have been had" with Putin, after the signing of the Founding Act between the Atlantic Alliance and Russia, which Yeltsin and Russia ratified in 1997 in Paris. the then US leader, Bill Clinton, laying the foundations for what should be a new global security architecture.

That same year, NATO approved at a summit in Madrid to create a commission between the Alliance and Ukraine, a country that was already predicted as one of the main sources of conflict for Russia. “(Putin) really wanted Ukraine to return to Russia,” Solana said, going back to the early years of the Russian leader's rule.

However, the former socialist minister assured that “Europe is doing well” regarding the crisis in Ukraine, applauding the termination of the Nord Stream gas pipeline contracts.

On the other hand, Solana warned that "the greatest tension we have at the moment is between the United States and China" and warned that "it would be really crazy" a break between the two powers. "What has disappeared from this debate is China," he added, and asked to follow very carefully the names of the small group of leaders who will be at the top of the Asian giant at the next congress of the Communist Party and who will support the election of the president. Xi Jinping for an unprecedented third term.

Solana did not have kind words for former US President Donald Trump, whom he said his only interest in NATO was to "sell weapons" and balance his trade balance. "Trump is alive and we still don't know if he's going to come back," she warned.

The event was held in the auditorium of Fundació La Caixa, whose president, Isidro Fainé, is also president of the Financial Circle, integrated in the Barcelona Economic Society of Friends of the Country (Sebap), chaired by Miquel Roca. Among the attendees were José Montilla, former president of the Generalitat; Xavier Trias, former mayor of Barcelona and possible mayor of Junts; Javier Godó, count of Godó, president-editor of La Vanguardia; José Ignacio Goirigolzarri, president of CaixaBank; Josep Oliu, president of Banco Sabadell; or Eugeni Gay, former vice-president of the Constitutional Court.