The Social Democratic Party of Germany (SPD) of Chancellor Olaf Scholz won this Sunday over the center-right in the elections of the land of Lower Saxony, according to the exit polls of the public television stations ARD and ZDF. 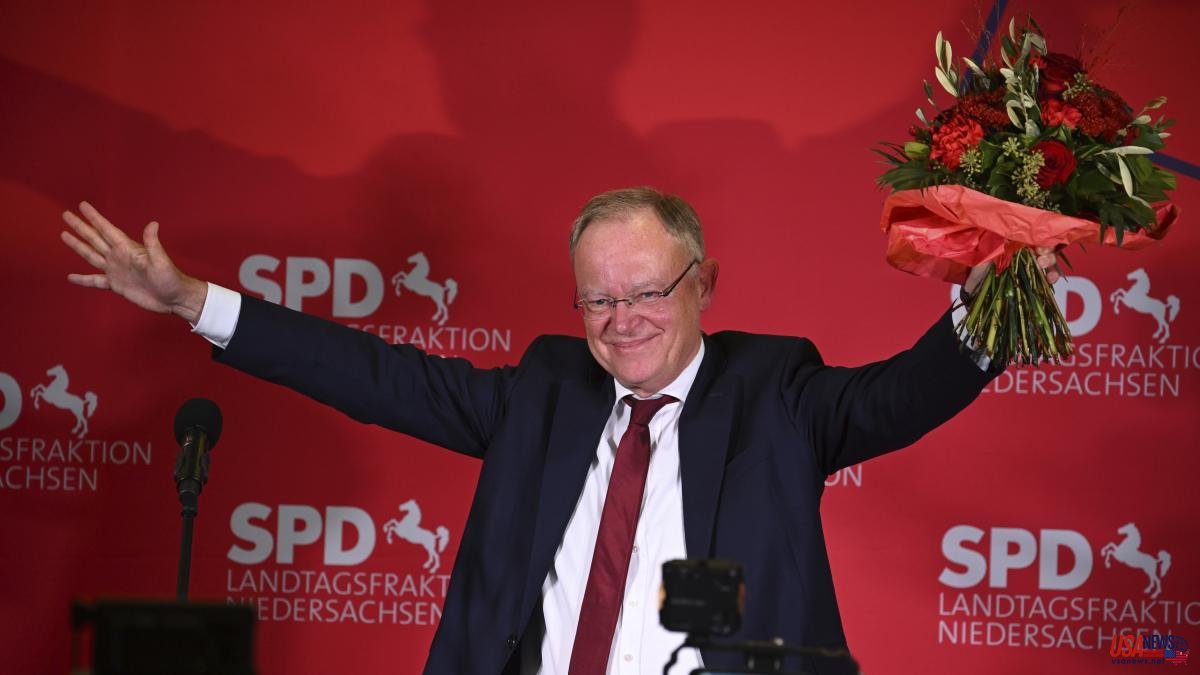 The Social Democratic Party of Germany (SPD) of Chancellor Olaf Scholz won this Sunday over the center-right in the elections of the land of Lower Saxony, according to the exit polls of the public television stations ARD and ZDF. The Social Democrats of regional president Stephan Weil were in the lead with around 32.5% of the vote, with the other major federal party in contention, the Christian Democrat CDU, with around 27.5%.

Already in the campaign, polls indicated that voters preferred the social democratic regional president, Stephan Weil, who has governed Lower Saxony since 2013 in coalition with the CDU. In fact, his rival for the post was the current vice president of the land, the Christian Democrat Bernd Althusmann, who announced last night that he would not stand for re-election as regional party leader after "a bitter afternoon for the CDU in Lower Saxony ”.

Despite the fact that analysts call not to extrapolate the regional elections in a federal key, the defeat of the Christian Democrats in Lower Saxony is bad news for the president of the CDU, Friedrich Merz, elected to office in January 2022, and represents a respite for Chancellor Scholz at this time of public unease over inflation and the cost of energy.

Both the SPD and the CDU had lower results than in the elections five years ago. The Greens received around 14.5% of the vote; the far-right Alternative for Germany (AfD), 12%; and the liberals of the FDP, 5%. About 6.1 million voters were called to the polls in this wide land in the northwest of the country.

The current head of the regional Executive, the Social Democrat Stephan Weil, celebrated the victory of his party. “After all the figures and polls, the SPD is by far the strongest party, the voters have given a clear government mandate to the SPD and to no other; that's the result,” he said in Hannover, the capital of Lower Saxony. Weil expressed his desire to form a government coalition with the Greens, like the one he already had between 2013 and 2017, although he admitted that it will be necessary to wait to know "if the results will be sufficient for a red-green government."