The President of the Government, Pedro Sánchez, will open the political course next Monday, September 5, in an act of unprecedented format in Moncloa surrounded by fifty citizens who will raise their concerns and proposals directly and publicly, as reported by the Executive. 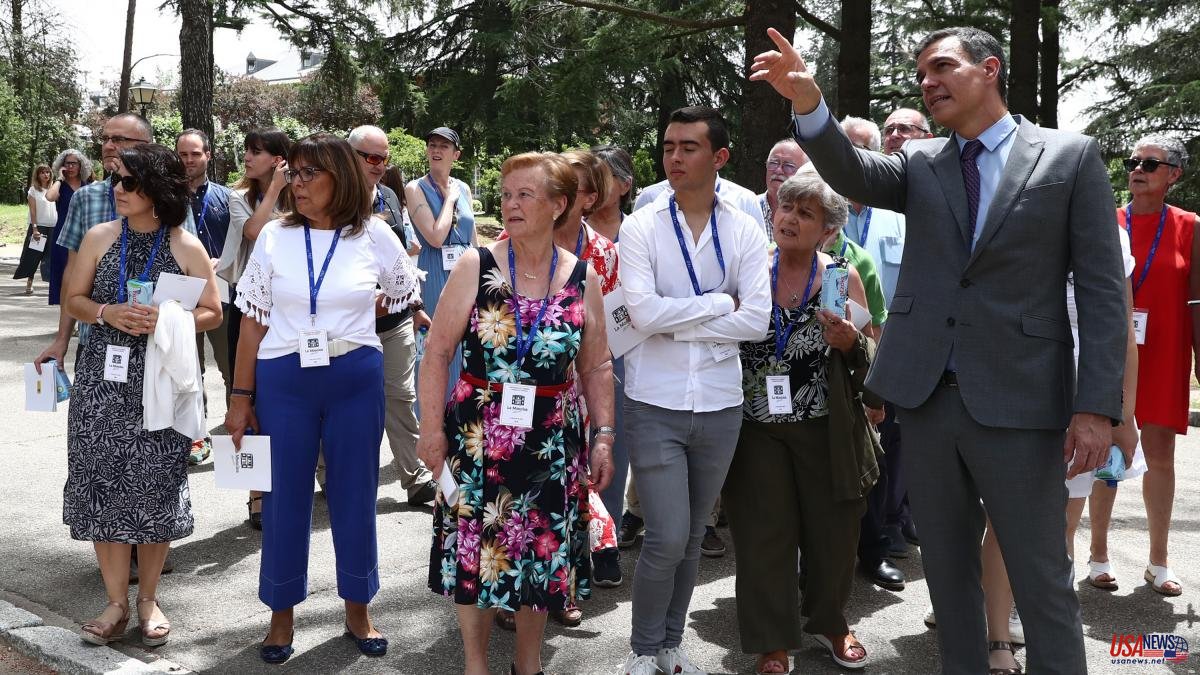 The President of the Government, Pedro Sánchez, will open the political course next Monday, September 5, in an act of unprecedented format in Moncloa surrounded by fifty citizens who will raise their concerns and proposals directly and publicly, as reported by the Executive.

The act, which will be moderated by the journalist Carmen Chaparro, will take place the day before the appearance of the Chief Executive in the Senate to report on the Government's energy saving plan and which will be the first face-to-face meeting with the leader of the PP , Alberto Núñez Feijóo, beyond a question that the president of the PP could formulate in a control session in the Upper House.

The 50 people who will accompany Pedro Sánchez in this act have been selected from among people who in recent years have written to the president, raising questions, doubts, complaints or requests, or who have participated in visits to the president's residence within the framework of the Open Moncloa program.

According to Momcloa, the writings that the citizens transfer to the president constitute "an advance thermometer of the mood of public opinion and help to identify problems, tendencies and also possible solutions." Since the arrival of Pedro Sánchez at La Moncloa in 2018, 250,000 communications of this type have been received, including congratulations, doubts, complaints, requests and also suggestions and initiatives.

Next Monday, some of these written communications will gain voice and it will be their own authors who will present their reflections to the president, who will intervene explaining the Government's priorities for the coming months.

In parallel, the PSOE has started a campaign that, under the slogan "The Government of the people", aims to bring the President of the Government closer to the citizens ahead of the municipal and regional elections of 2023 at a time when the polls are not favorable to the socialists after the arrival of Feijóo to the presidency of the PP and the incontestable victory of Juanma Moreno in the Andalusian elections in June.