Pedro Sánchez has already warned that what most demobilizes the left and prevents a cataract of progressive measures and social conquests from penetrating the citizenry and obtaining electoral gains, to the delight of the right is that the government coalition between the PSOE and United We Can air more their differences and conflicts than their agreements and harmony. 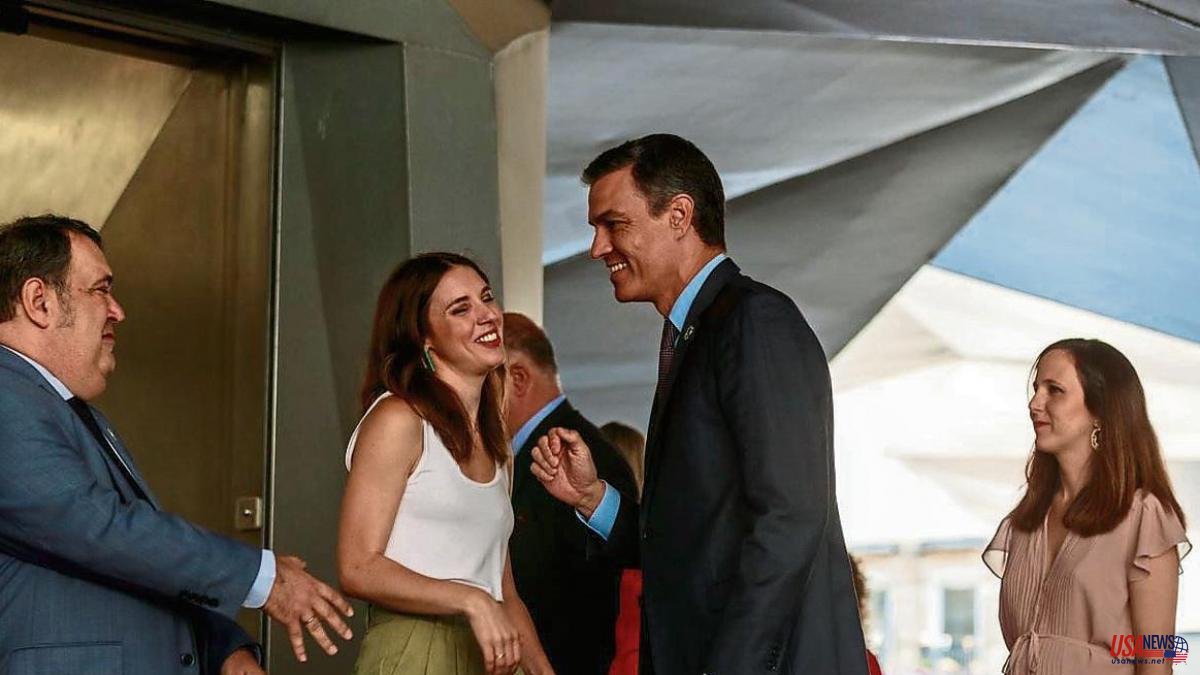 Pedro Sánchez has already warned that what most demobilizes the left and prevents a cataract of progressive measures and social conquests from penetrating the citizenry and obtaining electoral gains, to the delight of the right is that the government coalition between the PSOE and United We Can air more their differences and conflicts than their agreements and harmony.

This last Tuesday, without going any further, the Council of Ministers approved the rule that will allow more than 67,000 temporary health professionals to be permanent, or the action plan against child poverty. But everything was overshadowed, from the political point of view, by the credit of almost 1,000 million euros authorized for the Ministry of Defense to meet the extraordinary expenses for the war in Ukraine. The second vice president, Yolanda Díaz, showed notable irritation, United We Can expressed its strongest opposition – “more hospitals and fewer tanks” – and Alberto Núñez Feijóo rubbed his hands.

After the tense meeting of the Council of Ministers and the fact that the umpteenth clash in the coalition was resolved in public, all the parties rushed yesterday to lower the decibels of the confrontation, without however giving up their positions. In Moncloa they appeal again to "normalize the differences" in the coalition, with the call demanded by Yolanda Díaz of the monitoring commission of the pact between the PSOE and United We Can to "smooth rough edges". Sánchez's claim, they say, is to "compensate" the higher defense spending in the budgets committed to NATO and the EU, and which they see as fully justified in the face of the war in Ukraine, with more social spending.

The President of the Government, in this sense, yesterday put all the lights on the social agenda by starring in an act on the plan against child poverty approved the day before, together with the ministers of Podemos, Ione Belarra and Irene Montero. The three were lavish in displays of affection and harmony and thanked each other for their work. Belarra herself, Minister of Social Rights and General Secretary of Podemos, stressed that the plan against child exclusion will have an investment of almost 1,000 million euros, that is, the same figure as the controversial credit for Defense that reopened the savings bank. the thunder in the coalition.

In addition to those additional 1,000 million against child poverty, Sánchez listed the avalanche of investments in the matter, with the deployment of the minimum vital income and the supplementary aid to children -more than 3,000 million-, or education from 0 to 3 years –671 million–, among other programs. "Never before has such an investment been dedicated to the fight against child poverty," the president celebrated.

Belarra yesterday insisted on the need to "reorient the course of the Government and recover the pace of social progress." But he also thanked Sánchez for his commitment. "We have worked hard and we will continue to do so," he assured. "There is much to be done, but we have already come a long way," Sánchez agreed. And, without giving up their positions, they all yesterday claimed the coalition of the PSOE and United We Can.

"Of course, sometimes we have different visions," recognized the Minister of the Presidency, the socialist Félix Bolaños. "And we solve it with dialogue, sitting down at the table, with a common goal, which is to improve the lives of our fellow citizens," he said.

Neither the date nor the composition of the delegations for the meeting between the PSOE and United We Can were closed yesterday. But both parties agree that the meeting should be held before the debate on the state of the nation starts next Tuesday. Other coalition sources point out that said meeting between parties could be previously put on track at the highest level in the Government, with a meeting between Sánchez, Díaz, Bolaños and Belarra.

Diaz herself spoke in this regard, yesterday from Rome: "I am sure that both the president and myself will reach a meeting point," she said, after the clash over defense spending. The vice president wanted to send a message of calm and, although she admitted that the budget negotiation will be "more intense than normal" this time, she was convinced that "all the imaginative formulas to reach an agreement" will be sought. "Now more than ever our coalition is essential, there is no alternative to the progressive coalition," she stressed.