Indignation, irritation, disappointment and a strong distrust towards Alberto Núñez Feijoo, whom he accuses of having broken an intolerable red code by leaking a conversation that he considered private. 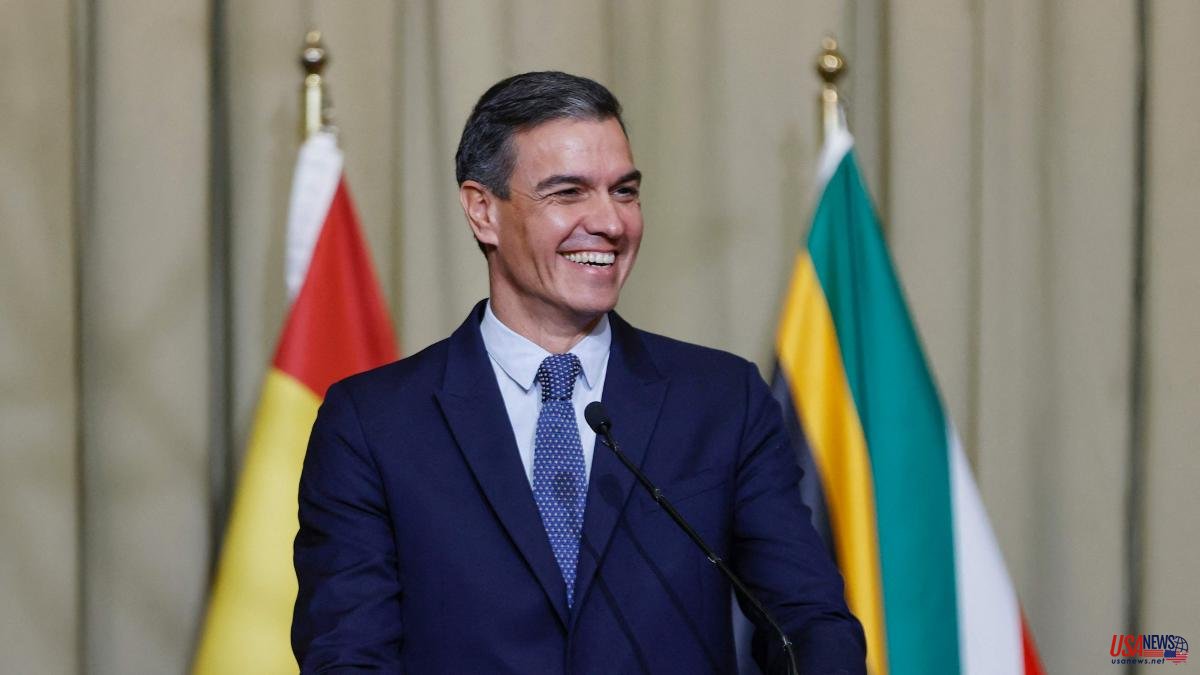 Indignation, irritation, disappointment and a strong distrust towards Alberto Núñez Feijoo, whom he accuses of having broken an intolerable red code by leaking a conversation that he considered private. And all this coupled with what he considers more serious: the deep concern about an unprecedented institutional and constitutional crisis in democracy with a headless Judiciary after the resignation of Carlos Lesmes. This is the feeling of the President of the Government, Pedro Sánchez, after the abrupt break in negotiations with the Popular Party to renew the judicial leadership in Spain after almost four years of unsuccessful attempts.

The head of the Executive, in the middle of a tour of Kenya and South Africa while the Congress of Deputies was debating and giving the definitive green light to the processing of the third consecutive project of general State budgets, had already scheduled a new contact with the leader of the PP to agree on the staging of the judicial agreement that implied the renewal at the end of the governing body of the judges, the new presidency of the Supreme Court, the appointment of the pending magistrates of the Constitutional Court and the purpose, among other issues, of closing the revolving doors of politics and the judiciary. But a first warning set off the alarms.

The president was thus informed that the PP was using the reform of the Penal Code to reduce the penalties for the crime of sedition, for which the procés leaders were later pardoned by the Council of Ministers, as an element that seriously threatened the agreement judicial. Despite the fact that the PP had already unlinked both issues, just as Esquerra Republicana had unlinked its agenda for the dejudicialization of the political conflict in Catalonia from the budget negotiation.

So Sánchez telephoned Feijóo on Thursday, taking advantage of a journey from Johannesburg to Pretoria, in South Africa. The leader of the PP confirmed to him then that he could not have an agreement. The President of the Government insisted that they had to see each other, even this Friday, as soon as he landed back in Madrid. But Feijóo couldn't, because he already had his agenda closed for today and he couldn't change it. Sánchez, who this Saturday plans to travel to Seville to commemorate together with Felipe González the 40th anniversary of the electoral victory of the PSOE in 1982, proposed to see him in any case as soon as possible. The telephone conversation between the two was delayed for an hour.

Already on the long trip back to Madrid, on a stopover in Angola, Sánchez is informed of the statement issued by the PP on Thursday night, which revealed the conversation held with Feijóo and the announcement of the suspension of the negotiations, justified because the The President of the Government would have confirmed that his legislative agenda includes the reform of the Criminal Code, to reduce the penalties for the crime of sedition, and that he was not going to renounce this modification. For Sánchez, he supposes that Feijóo thus filters what he considered a private conversation.

For Sánchez, the judicial agreement negotiated in the last fifteen days between Félix Bolaños and Esteban González Pons was practically closed, at 98%. For example, all the names of the new members of the General Council of the Judiciary were agreed upon. And even the names of the substitutes. And everything was blown up again, at the last moment, for what the Prime Minister considers a new excuse. The twentieth, according to the calculation that they have in Moncloa, of those wielded first by Pablo Casado and then by Feijóo in the last almost four years.

The conclusion reached by Sánchez is very descriptive: "Feijóo's legs have trembled." The strong pressures from the right, in his opinion, the most reactionary and ultra, and from its media terminals, in addition to the economic powers that the PP leader assures that he serves, have finally had their effect. In Moncloa and in the leadership of the PSOE, in addition, they had been warning in recent weeks that the so-called Feijóo effect, which implied that the leader of the PP would assume the presidency of the Government after the next general elections almost without getting off the bus, was deflating at high speeds. And, with his decision to break off the negotiations, in Sánchez's opinion, this most reactionary right would not have doubled his pulse, but Feijóo's own.

But Sánchez puts his foot on the wall, and warns that he cannot accept being blackmailed, in the terms that either he meets the conditions imposed by the PP or there is no agreement to renew the Judicial Power, in compliance with the constitutional mandate. The President of the Government thus casts doubt on the autonomy and leadership capacity of Feijóo, whom he sees as bending to other interests than those of Spain's generals, despite his claim to consolidate a moderate and pactist image with which he tried to distance himself from the profile of his predecessor at the head of the PP, Pablo Casado.

For the President of the Government, the ultimate reason is the same as always: the inability of the PP to accept the result of the 2019 elections, which makes Sánchez, in his opinion, the first president of democracy in Spain to be it denies its legitimacy, despite the damage that this does to the institutions and to democracy itself. Sánchez thus assumes that he can no longer trust Feijóo at all.