Sánchez warns of populism by embracing it

Look for the devil in the details of the state of the nation debate. 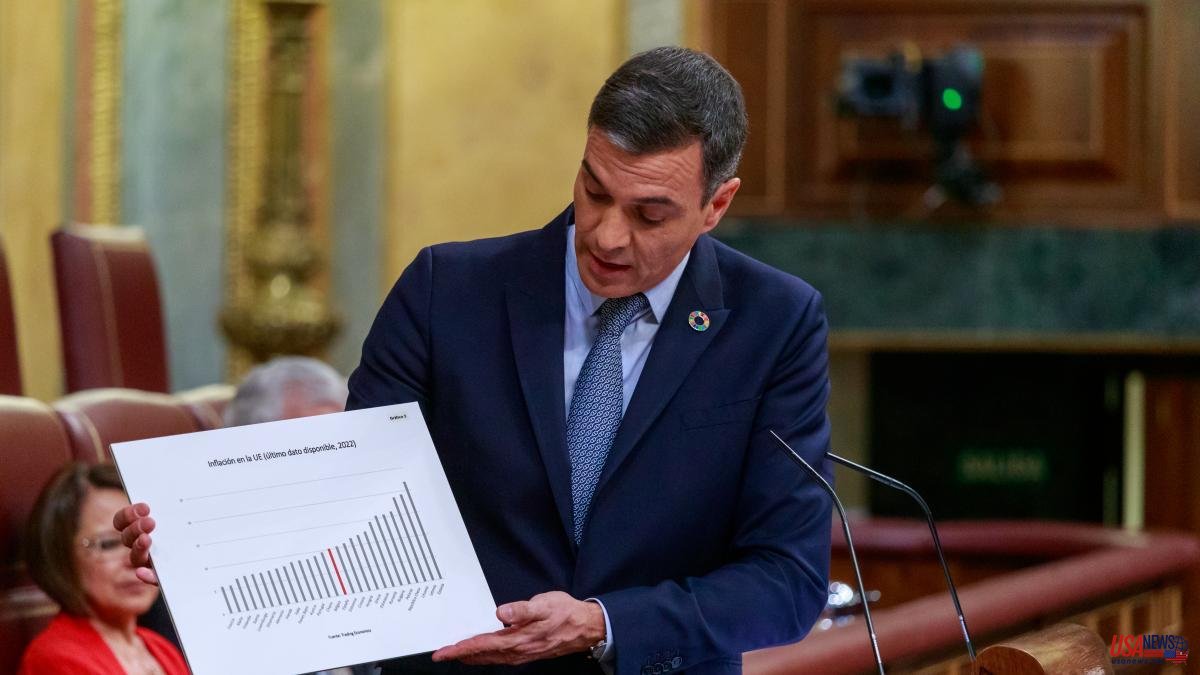 Look for the devil in the details of the state of the nation debate. So many warnings from Pedro Sánchez to citizens not to fall into simplistic and populist political temptations in the near future anticipates serious clouds of truth. Not only in Spain, of course. The impression – rather, the certainty – is that the Government is aware that the rise in prices is beyond its control and that all the ingredients – the euro traded below the dollar for a few hours yesterday for the first time in twenty years – that are added to the dressing are to harm it even more. As much as government circles want to attribute part of the blame to the spoilers, the battle between pessimists and optimists has ceased to make sense. Only the discussion about how pessimistic to be at the moment is related to reality.

In this context, Pedro Sánchez does what any ruler does: try to come back in the polls. And to do it the best way is always to get on the train of improvisation and, if possible, sit on the wagon of ideological warfare. The Spanish president has done both. He has presented measures haphazardly and has done so in a way –vocabulary and expressions– that fits perfectly with the electoral spirit of resurrecting in Spain a simulacrum of war between rich and poor. The measures are more typical of a demoscopic advisory council that has replaced the naps on Saturday and Sunday for a weekend than those of a working group that is serious about trying to curb inflation. Sánchez has turned left is the general reading. It may also be that he has decided to drive without mirrors.

Let's go to the taxes, to the bad guys. The president has preferred to present them more as an imposition on the “powerful” than as an invitation –even if it ended up being forced– for two strategic economic sectors to participate in the collective sacrifice that is required at this time. Many countries in Europe have similar taxes and they are not exactly Venezuela. But the way of proclaiming them – Podemos and the rest of the left had to be satisfied after the militarist uncorking – is self-interestedly populist. Another thing is how these new tax figures are going to materialize. That of the bank, appears already nuanced in the resolution proposals. It is no longer a tax on profits, but on the "profits obtained from increases in interest rates on their loans." It doesn't matter. Because for the political surfer what is relevant is the headline and this is already won. Take as an example – these are data from the General State Intervention (IGAE) – that when the Google rate was announced, a theoretical collection of 1,200 million was foreseen, which has finally ended at 166 million, 14% of what was anticipated. The same with the tax on financial transactions. The forecast was to raise 1,000 million and the final figure was 295, 30%. As in politics, accountability is nothing more than a utopia, one can announce what they want without fear of turning red in the future. Filing taxes without working in detail the reports that accompany them is as common as it is frivolous.

The same populist substance has the trains. Today the decree by which public transport was subsidized at 50% that the Government took just fifteen days ago is validated in Congress. What has happened in these two weeks so that, even though the previous text has not been validated, 100% free state-owned rail transport is already announced? Well, the Moncloa panic button demanded that in the debate it be clear that Pedro is very, very leftist and that he has put on his battle suit, which is the same as that of improvisation. By the way, to choose a line at random, if the measure succeeds -which will be like everything that is paid by everyone- from September we will travel to Tortosa as in India: hanging from the doors and on the exterior ceiling of the convoys. Free, yes. Yup!