A deaf dialogue with the two main actors, Pedro Sánchez and Alberto Núñez Feijóo locked in their positions, without giving one iota of concession to the other, and disqualifying each other, even with the same words used by the two: "You have come too far far". 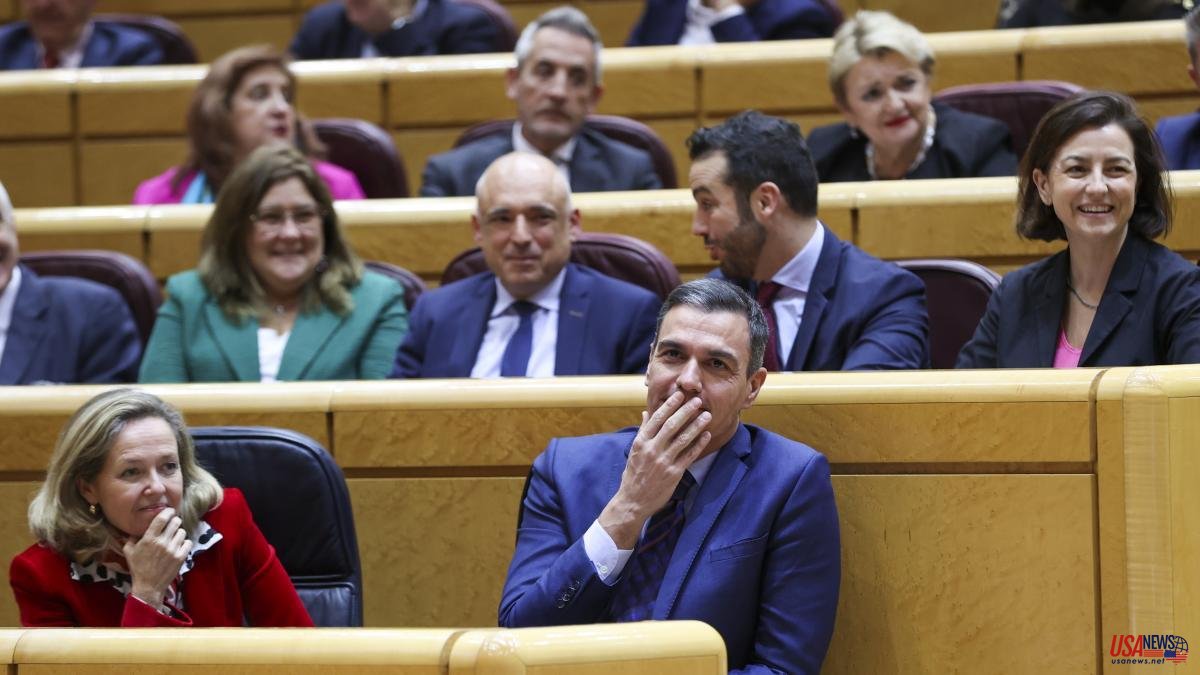 A deaf dialogue with the two main actors, Pedro Sánchez and Alberto Núñez Feijóo locked in their positions, without giving one iota of concession to the other, and disqualifying each other, even with the same words used by the two: "You have come too far far".

The Prime Minister, Pedro Sánchez, made it clear to the PP leader that "we are not going to allow it." The what, "preventing the laws from going forward through the back door", that is, resorting to the Constitutional Court, as it did last week, which caused the guarantee court to prevent the amendments from being debated and approved in plenary session by the Upper House that modify the form of election of the Constitutional magistrates.

Sánchez was very hard with Feijóo: "Despite the fact that he tries to stop Parliament from speaking, it will speak loud and clear", no matter how much he tries to "mute" it, he told a PP president who reproached him for having ceased to be the who was, the one who stood for the general elections in 2019 and who asked what will be the last assignment", although he himself answered, and he has not the slightest doubt that it will be "the consultation" that ERC is already asking for.

The new face-to-face between Sánchez and Feijóo, was a dialogue of the deaf, where the leader of the PP spoke of the transfers of Sánchez to the independentistas, and of the "degradation of the institutions" to which, in his opinion, Sánchez has submitted with his eagerness to intervene in all of them. "They are going for all the institutions, but do not underestimate the intelligence of the Spaniards" that he is convinced that they will remember everything that the Government has done when they go to vote.

A harsh face to face, where each one accused the other of insulting, but not recognizing the coarse words that the two dedicate to the contrary, up to limits that border on disrespect, and that show that the understanding between the two, for whatever thing, and less so for the renewal of the institutions whose mandate has expired, is impossible.

Feijóo accused Sánchez of legislating "to favor the independentistas", with sedition, with embezzlement, "with which one does not fight against corruption", and how the independentistas are already asking him for "a consultation" and the Government is preparing the ground for it to be "even to some members of the Government it seems legitimate", for which he asked him if "it already has a date".

The response made no allusion to the question. The President of the Government recalled that with the PP two referendums were held in Catalonia and there was "a declaration of independence", but from his position on a consultation in Catalonia, nothing, because Sánchez preferred to refer to the institutional crisis caused by the appeal for amparo raised by the PP before the TC.

"Parliament has spoken freely for 44 years", but since the PP filed the appeal, "they have achieved a milestone, taking away the power of the Senate and the Cortes Generales to propose, debate and legislate". For the President of the Government "they have gone too far", the same thing that Feijóo tells Sánchez every time he has the opportunity. And there came the warning: "Despite the fact that they try to keep Parliament from speaking, it will speak loud and clear."

Feijóo continued to do his thing and charged the president: "Those of us who disagree with you, you accuse us of putting democracy at risk," stressed the PP leader who asked that "let the Spaniards be fooled, stop provoking" and to call elections, because "the institutional architecture of democracy cannot be reduced to ashes."

Sánchez, with a distant and complacent attitude towards Feijóo, who during the PP president's speech sometimes laughed, other times shook his head, and most often spoke to his first vice president, Nadia Calviño, complained about the "particular way to understand the Constitution", with good Spaniards, those who vote for the PP, and the anti-Spanish, those who do not vote for him.