The President of the Government, Pedro Sánchez, defended the tax reform announced this week by his cabinet during his speech this Saturday at the closing ceremony of the IV edition of the La Toja Vínculo Atlántico Forum. 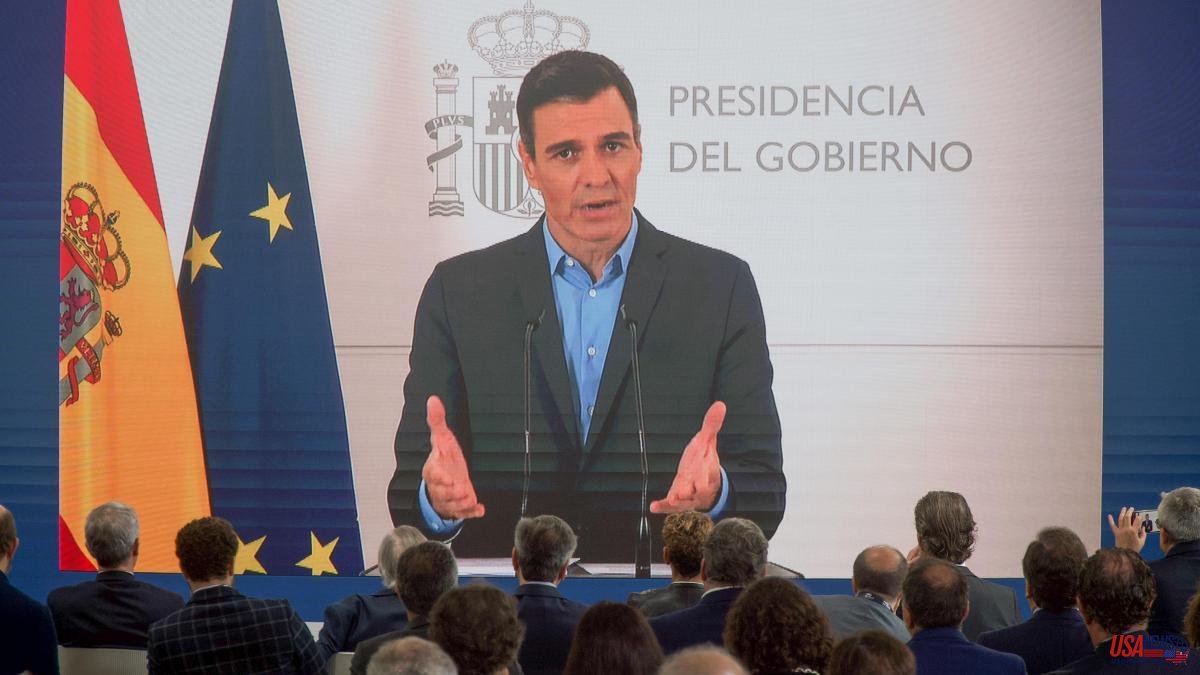 The President of the Government, Pedro Sánchez, defended the tax reform announced this week by his cabinet during his speech this Saturday at the closing ceremony of the IV edition of the La Toja Vínculo Atlántico Forum. In a recorded message from Moncloa for his positive in Covid, the chief executive has contrasted his model with that of the communities governed by the PP, which have come together to open a fiscal battle that Sánchez has described as unsupportive. "The sorcerers who rescue their failed recipes and proclaim that the money is better in the pockets of the citizens reappear among us," he said.

Sánchez has stated that his proposal combines "social justice with tax justice" and has claimed taxes as a way to pay for a welfare state from which all citizens benefit, he stressed. "What good is wealth when you live surrounded by sharp social differences?" She asked businessmen and politicians attending the event. "What we cannot pretend is to have a welfare state like the Nordic countries with tax revenue levels typical of less advanced countries," she has settled.

These public services that Sánchez has praised must be maintained with the efforts of all citizens, especially "those who have the most". The president has demanded a "solidarity effort" from the rich, so that they contribute to the public coffers based on their economic level. "The Government is clear that any tax relief must focus on the social majority. Not on benefiting a few, who are always the same: powerful and minority", he continued. "This time it will be the wealthiest who put their shoulders to the wheel to move the country forward."

The numbers, he considered, support his tax reform. Sánchez has exposed several examples and has affirmed that the "linear deflation" approved by the autonomous governments of the PP lacks progressivity and hardly benefits low salaries. For a worker with a salary of 18,000 euros, it represents a saving of 23 euros, while with the changes proposed by the Government it is "746 euros".

As an example of what should not be done, he has cited the United Kingdom, which after the announcement by the Liz Truss government of a tax cut has seen the pound sink.