Sánchez, to 10,781 soldiers abroad: "You are the guardians of stability"

The President of the Government, Pedro Sánchez, this Saturday thanked the 10,781 soldiers deployed abroad for their "professionalism, self-denial and dedication", with a special mention for the troops that contribute "to the aid of the Ukrainian people", whose work is "at rise to this enormous challenge". 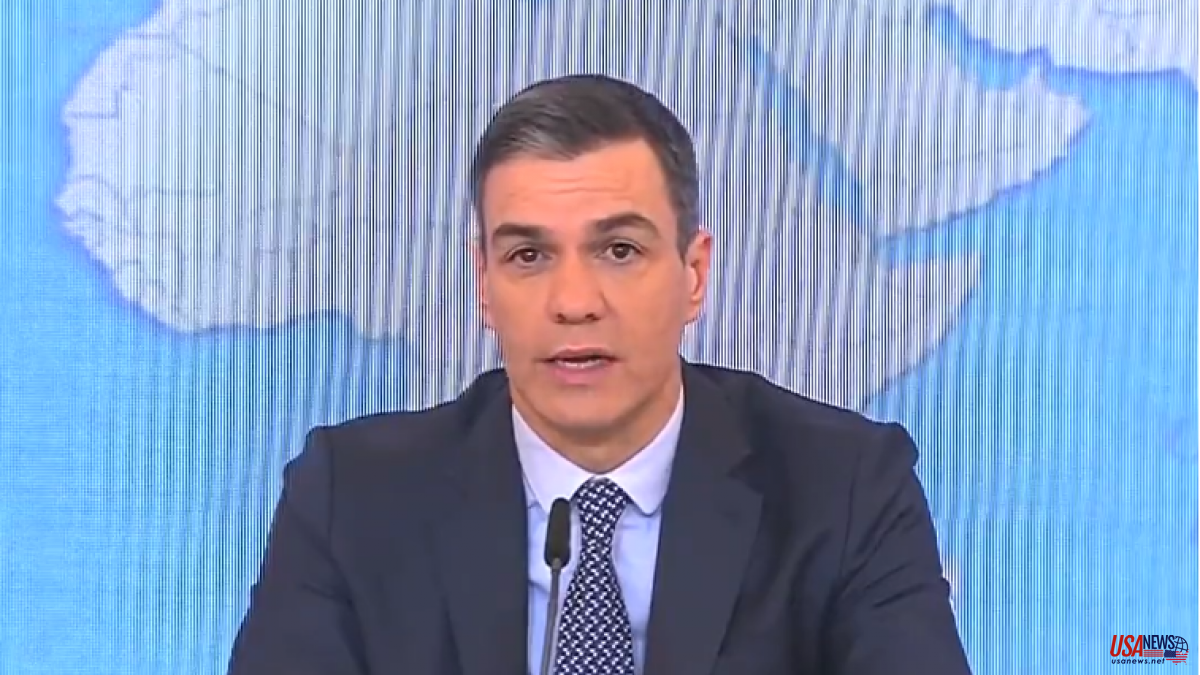 The President of the Government, Pedro Sánchez, this Saturday thanked the 10,781 soldiers deployed abroad for their "professionalism, self-denial and dedication", with a special mention for the troops that contribute "to the aid of the Ukrainian people", whose work is "at rise to this enormous challenge".

In his traditional message on Christmas Eve morning, the Chief Executive, accompanied by the Defense Minister, Margarita Robles and the Defense Chief of Staff (JEMAD), Teodoro López, congratulated the military present in different countries of the world such as Lebanon, Iraq, Somalia, Djibouti, Mali, Romania, Latvia, Mozambique, Bosnia or Antarctica.

"You are worthy representatives and guarantors of the values ​​of peace, freedom and democracy and the best image that a country like ours can project in the world", said Sánchez, highlighting Spain's "unavoidable commitment" to defending this work.

The leader of the Executive recalled in his speech that "2022 has brought back the specter of war to the European continent" with Russia's "unjustifiable aggression" against Ukraine that began a "brutal conflict" that has lasted for more than 300 years. days.

In this regard, he expressed his "pride" because "in this difficult and complex context", the work of the Spanish armed forces "has risen to this enormous challenge" in which "Spain has responded to the call for help of the Ukrainian people".

In this sense, Sánchez has underlined the contribution of Spain to the defense of Ukraine with military material and equipment "whose transfer has involved great human and logistical work" to our armed forces.

And also with the military deployment of Spanish troops in the missions of the Atlantic Alliance for the protection of land and air space on the eastern border of Europe, in countries such as Latvia, Bulgaria and Romania.

"We have projected ourselves as a country firmly committed to world peace and a reliable partner in the collective defense of our values ​​that Putin is calling into question right now," added Sánchez, who has cited the "transcendental" NATO summit as an example. in Madrid.

After listing the missions of the Spanish contingents abroad, the President of the Government has valued the "monumental effort" of "the best ambassadors of our country".

The head of the Executive, who has announced a trip to a Spanish mission abroad "within a few days", ended his message by remembering the 189 military men and women who gave their lives in 33 years of missions abroad. "It is our duty to keep alive his legacy of service and dedication to Spain until the end."

The same gratitude has been sent to them by the minister: "Spain is very proud of the work that you carry out defending peace and security in the world with professionalism, generosity and dedication".

Robles wanted to remember "all those colleagues who have left us this year" stressing that "this great family that is the Armed Forces does not forget them" and sending their support to all those who have suffered significant injuries.

From different parts of the world, the heads of Spanish contingents abroad have participated, giving an account of the situation of their troops and how they live these dates in their missions with San Silvestre races and Spanish food or, even, teaching as they say nougat and shortbread to Iraqi citizens.