The President of the Government, Pedro Sánchez, spoke this Tuesday with the President of Ukraine, Volodímir Zelenski, to show his support for the European Commission's concession to recognize the country as a European Union candidate. 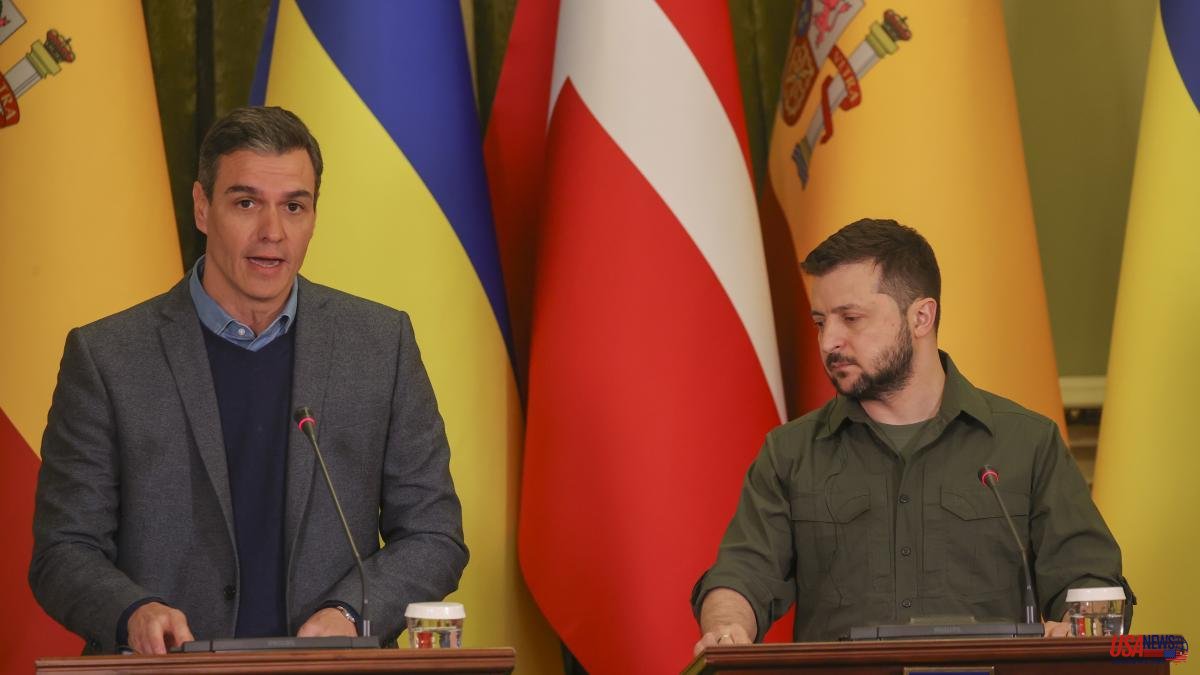 The President of the Government, Pedro Sánchez, spoke this Tuesday with the President of Ukraine, Volodímir Zelenski, to show his support for the European Commission's concession to recognize the country as a European Union candidate.

Sánchez has published a tweet announcing this contact: "This afternoon I spoke with President Volodímir Zelenski, and I have conveyed our country's support for granting Ukraine the status of candidate for the European Union. It is a historic moment. Spain is by your side," he wrote on his Twitter account.

Last week in Brussels, the College of European Commissioners adopted this historic decision recommending that the Heads of State and Government of the Twenty-seven grant the long-awaited status to Kyiv, which presented its formal request a few days after the start of the Russian invasion .

For his part, the Ukrainian president, also through the same social network, has informed his followers that he had spoken with his counterpart: "I spoke with the president of the Spanish government, Pedro Sánchez. He thanked the support for the decision of the European Commission on the status of a candidate for Ukraine.Possible outcomes of

The next 28, 29 and 30 June, the NATO summit will take place in Madrid, coinciding with the 40th anniversary of Spain's accession to the North Atlantic Treaty Organization. The event will bring together nearly 40 heads of state and government.