Sánchez replies to the right-wing offensive: "Spain was close to breaking with the PP"

The first parliamentary clash between the Government and the Popular Party, once the negotiations to renew the General Council of the Judiciary have been blown up again, has shown that the main opposition party is going to focus its political offensive on denouncing a reform of the crime of sedition negotiated with ERC to "stay in power at any cost". 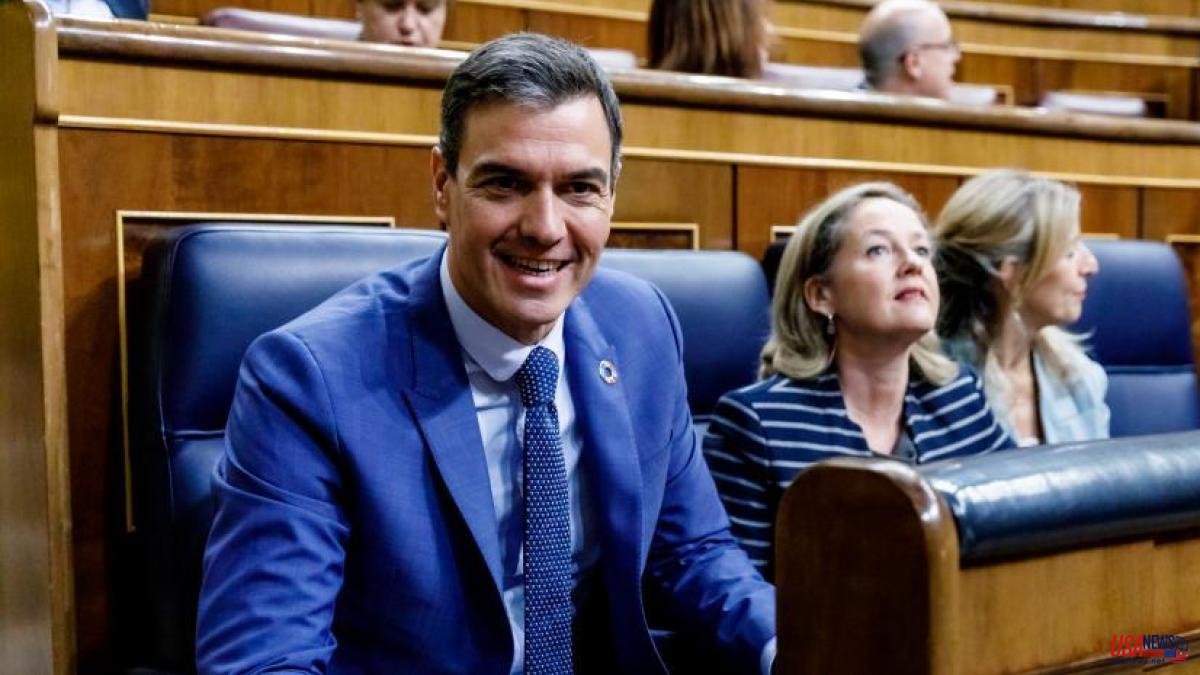 The first parliamentary clash between the Government and the Popular Party, once the negotiations to renew the General Council of the Judiciary have been blown up again, has shown that the main opposition party is going to focus its political offensive on denouncing a reform of the crime of sedition negotiated with ERC to "stay in power at any cost". "They have no arguments," replied Pedro Sánchez, who considers that the PP is once again clinging to any extreme that affects the open dialogue agenda with Catalonia to try to destabilize the Executive.

The head of the Executive, before the broadside received by the PP spokesperson, Cuca Gamarra, in the control session in Congress, has lamented that the formation led by Alberto Núñez Feijoo is "distributing cards of Spanishness and constitutionalism", when precisely it was during the mandate of Mariano Rajoy when "Spain was close to being able to break", in reference to the unilateral declaration of independence proclaimed in Catalonia in 2017. Sánchez has denounced, at the time, that the PP has now spent four years in the opposition "bypassing its obligation to comply with the Constitution", by blocking the renewal of the Judiciary.

"I understand that it is difficult, because they have no arguments," Sánchez warned the PP. And he has assured that all the positions that Feijóo has defended have turned against him, from the commitment to a generalized tax cut, which cost the British Prime Minister, the conservative Liz Truss, his position, to his refusal to support what which they described as an "Iberian scam", in reference to measures to contain the increase in the price of energy that the European Commission now wants to extend. "They have no arguments, and the only thing they do is disqualify", lamented the leader of the PSOE.

Sánchez has criticized that the right leads to the conclusion that "there is only a legitimate government when it is from the PP, that the Constitution is fulfilled at its convenience and that a Spaniard is a good Spaniard if he is from the PP." "Enough is enough and comply with the Constitution!", The President of the Government has summoned the conservative caucus.

The general secretary of the PP, Cuca Gamarra, has accused Sánchez of generating opportunities only for his parliamentary partners. “And well they take advantage of them, given their weakness. You need them, and they know it”, warned Gamarra. "His pacts with the independentistas disable him to seek the general interest today," she assured. “He has too many mortgages with all those who despise coexistence. Whenever he has had the opportunity to choose, he has preferred populism, radicalism and independence to the general interest, the sense of state and moderation”, she insisted.

The PP spokeswoman has precisely emphasized recent statements by Carles Puigdemont, according to which some unspecified socialist emissaries would have offered him a way out of his personal situation, as he found himself on the run from justice in Spain. “Who is that new Mr. X from the PSOE who went to see Puigdemont? Who has gone to negotiate the Penal Code tailored to the coup leaders? Who has offered that the laws in Spain be drawn up at the headquarters of the Esquerra Republicana de Catalunya? Whoever it was, they did it following his orders, ”Gamarra denounced. And he has urged Sánchez to "renounce, here and now, the modification of the crime of sedition to lower the penalties." “Feijóo has a word, political principles and conscience. You, no”, she has settled.

In Moncloa they have claimed to see the PP "thrown to the mountain." “Radicalized, without arguments, without a project, without a team and without a leader”, they have warned. "They have completely lost their papers," they lamented.