Sánchez plays with fire to keep his allies

The greatest risk for the Government of Pedro Sánchez is not that it be labeled illegitimate, as the PP did. 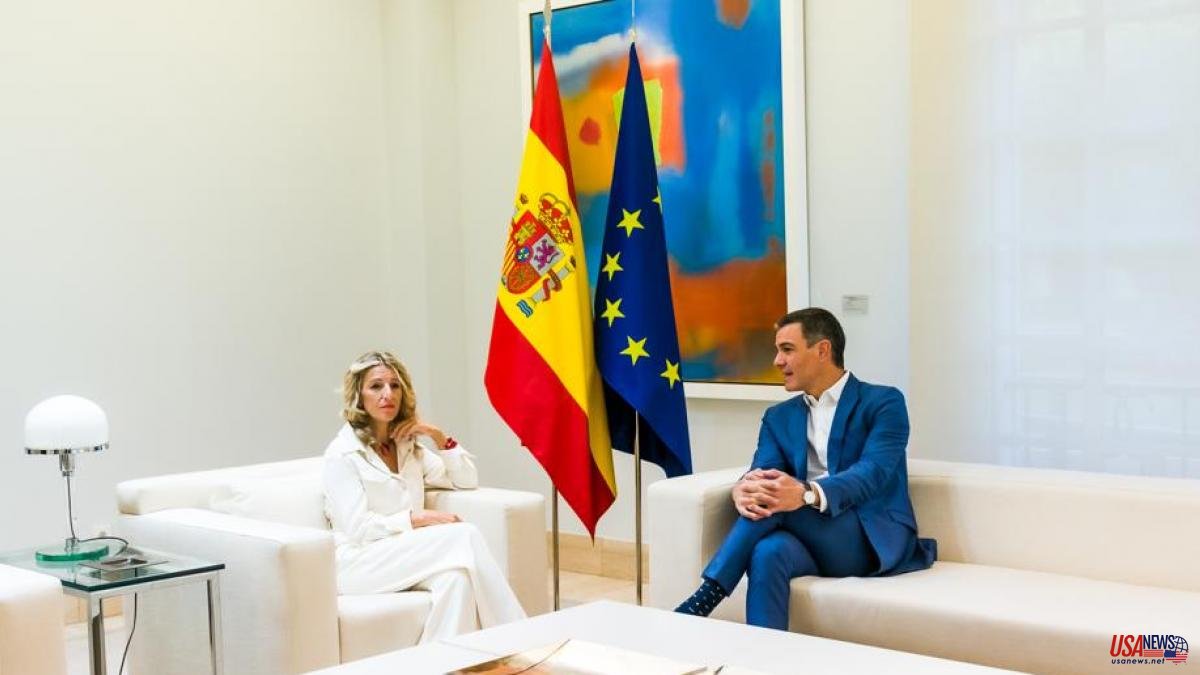 The greatest risk for the Government of Pedro Sánchez is not that it be labeled illegitimate, as the PP did. Nor the noise of friction between partners. The worst thing is that he is described as incompetent. And that is what is leading to the application of the so-called law of only yes is yes.

The unification of the crimes of abuse and sexual assault in this last type – with the increase of sentences in the most serious cases and decrease in the least – has opened a gap that favors some convicted. The Government sees it as a matter of judicial interpretation (and machismo, according to Minister Irene Montero), but many voices consider it a full-fledged legal mess. Be that as it may, society is astonished at how sexual offenders who were in prison are released earlier than expected and that is very difficult to explain.

Sánchez can afford to have his measures criticized for being insufficient or ideologically biased, but for the street to accuse his government of ineptitude is something else. The trickle of cases in favor of sex offenders will continue, even as the Supreme Court feels case law. The eventual release of one of the convicts of La Manada would be a before and after, a blow to the credibility of the Government. It will not be easy for Sánchez to cauterize a crisis with derivatives that go beyond this law.

In any other circumstance, the president could remove one or two ministers. He has the perfect excuse, since in a few weeks the heads of Industry and Health will leave the Government to be candidates in the municipal elections. But a remodeling would create problems with Podemos, not only for him, but also for Yolanda Díaz, who would have to intervene in choosing a replacement for Irene Montero.

The relationship between the vice president and the purples is on the surface. Pablo Iglesias is tightening the rope to pressure Díaz to negotiate the conditions of the candidacies for the municipal and regional elections in May. Díaz will remain impassive until announcing, possibly in January, that he aspires to the presidency of the Government. A government crisis with Irene Montero at the center would be very difficult to handle in these circumstances.

To make matters worse, the scandal of the law of yes is yes has jumped just when the elimination of the crime of sedition is being processed, which must be approved in Congress next Thursday. This reform of the Penal Code is seen by the Supreme Court, which has to apply it, as a botch job that could leave the fugitive independence leaders unpunished. In fact, Carles Puigdemont will be able to argue before the European courts that the disappearance of the crime of which he is accused shows that he was subjected to political persecution.

It would be a true irony if a penal reform sponsored by ERC to promote the return of Marta Rovira and the lifting of the disqualification that weighs on Oriol Junqueras ended up favoring the European courts to grant a victory to Puigdemont that allows him to return to Catalonia and appear for some elections. It is a Machiavellian scenario, but the intricacies of the process are inscrutable.

The court that tried the leaders of the process, headed by Manuel Marchena, will have to apply the sedition reform. And, if there are doubts about how he will do it, they are even more open when embezzlement reform is put on the table. ERC thus wants to prevent leaders like Josep Maria Jové or Lluís Salvadó, close collaborators of Junqueras, and others who are about to go to trial, from ending up in prison for 1-O. This reform would also favor Puigdemont.

The Republicans will maintain their support for the State budget even if the Government does not dare to touch embezzlement now, since they need the sedition pact to go ahead. After what happened with the law of only yes is yes, it is more difficult for Sánchez to agree to modify the embezzlement, something that lends itself to the discourse that the corrupt are being favored. If only one saw his sentence reduced, the scandal would be huge. It is one thing to play with fire on the political board and quite another to burn in the street.