The President of the Government, Pedro Sánchez, has taken a giant step to reach the end of the legislature with his third General State Budgets approved after Congress rejected the amendments to all of them presented by seven parties: PP, CS, Vox, JxCat, CUP, Foro Asturias and former UPN deputies. 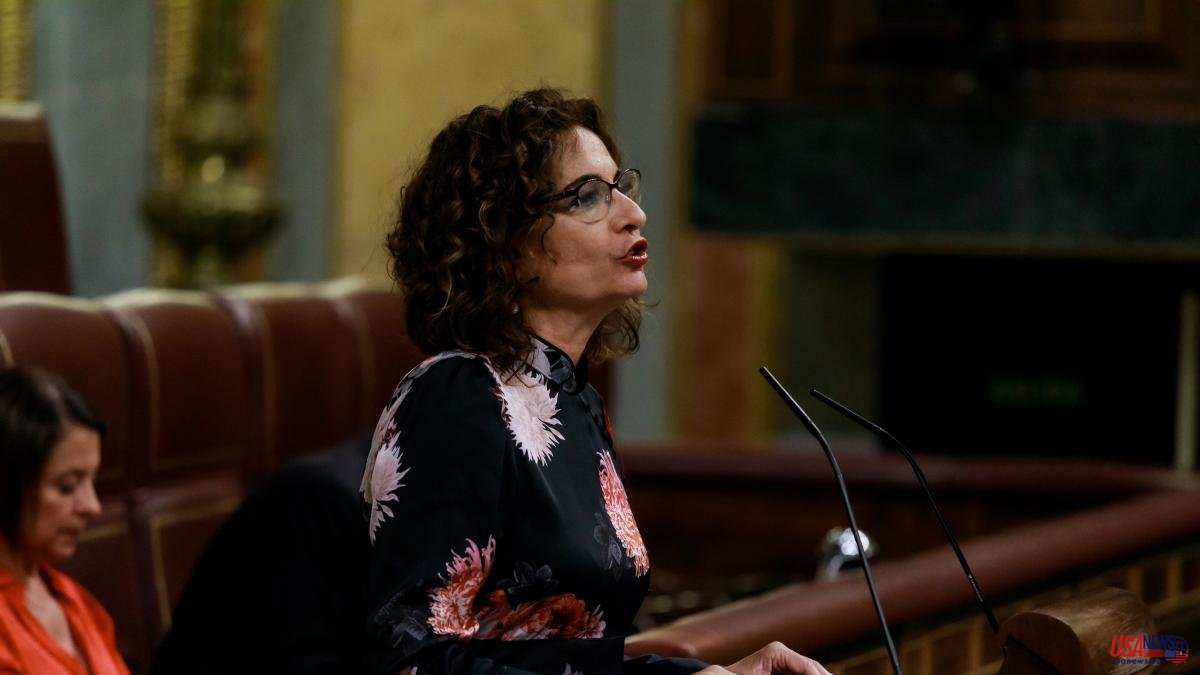 The President of the Government, Pedro Sánchez, has taken a giant step to reach the end of the legislature with his third General State Budgets approved after Congress rejected the amendments to all of them presented by seven parties: PP, CS, Vox, JxCat, CUP, Foro Asturias and former UPN deputies. The amendments that requested the return of the accounts have been rejected with the majority that has supported the Executive since the investiture of Sánchez, that is, the PSOE, United We Can, ERC, PNV, EH Bildu, PDECat and other deputies attached to the plural group and mixed.

In this way the amendments have been rejected by 186 votes and had the vote in favor of 159 deputies, and three abstentions. To achieve its final approval, the Government has four weeks ahead to tie the votes of its partners in the decisive votes, scheduled for the week of November 21.

In any case, the vote confirms once again a deep division between the two political blocs, the one on the left and the one on the right, unable to understand each other.

There will be processing of the general State budgets, although there is still time to find out how they will finally turn out, since, as the PNV budget spokesperson said, "the negotiation is at the point of departure", and as the Minister of Finance admitted at the close of the debate, "the negotiation will be tough".

But the result also shows that in this division of Spanish politics into two blocks, the left-wing block continues to be in the majority, which did not present an amendment to the budgets and maintains support for the coalition government formed by the PSOE and United We Can.

But the investiture partners also made it clear that support for the accounts to be processed not only does not mean support for the current budgets, they will have to be negotiated, but above all they do not mean a blank check, and there will be conditions, many conditions, the majority that have nothing to do with economic numbers, but with politics.

It was confirmed during the last day of the budget debate, when almost everything was discussed, and the least, or almost the least, of the public accounts. The ERC spokesman, Joan Margall, who took the floor instead of the usual spokesman, Gabriel Rufián, spoke about 1-O and the political "solution" that it requires, and that involves the reform of the crime of sedition, which led to the Minister of Finance, María Jesús Montero, to make the announcement that the Government will submit to Congress the reform of the crime of sedition, despite the fact that only two days ago the Minister of Justice, of whom she defends the reform of the Penal Code, ensure in the Senate that there was no consensus to address that consensus.

Also in the debate with the PNV, the spokeswoman, Idoia Sagastizabal, since Aitor Esteban did not intervene, spoke of politics, of the latest movements of the Government, which may lead to a recovery of trust between the two. She was referring to the commitment to expand the quota law, to grant the Basque baseball and surfing teams, or to transfer the railway to the Basque Country, which Montero confirmed in the debate that will take place.

The spokesman for EH Bildu, Oskar Matute, also reminded the government that his party "is not due to this government, nor does it have a legislature pact that binds them to anything" while reminding him that the votes of his five deputies " They have not been and will not be captives."