Sánchez loses steam but slightly recovers the distance with Feijóo, according to the CIS

The Feijóo effect seems to have peaked while waiting for the results of the Andalusian elections according to the June barometer of the Center for Sociological Research (CIS) published this Monday. 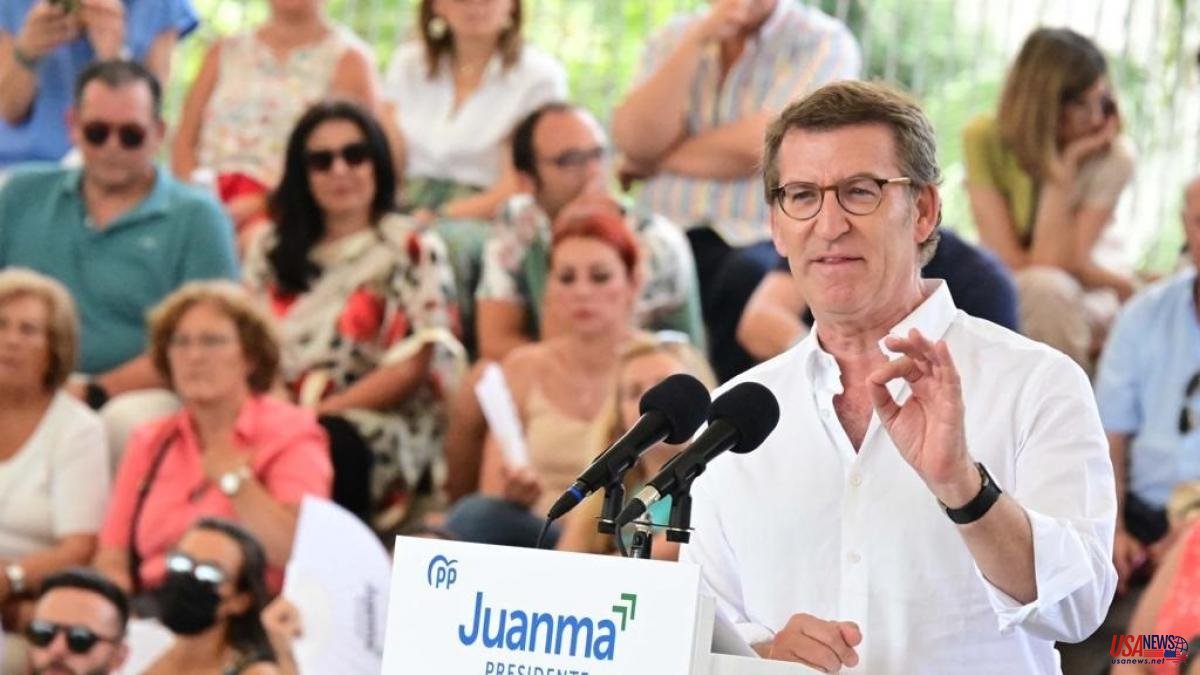 The Feijóo effect seems to have peaked while waiting for the results of the Andalusian elections according to the June barometer of the Center for Sociological Research (CIS) published this Monday. According to the body led by José Félix Tezanos, if general elections were held now, Pedro Sánchez's PSOE would suffer a slight fall but would manage to recover a little distance from Alberto Núñez Feijóo's PP, which in May fell to just 1.6 points in estimation of vote. Now this distance would be extended to 2.2 points, according to the CIS.

In any case, the CIS survey confirms the change in trend that caused the crisis and subsequent change in the leadership of the PP. In February, in the midst of the party's crisis due to the fall of Pablo Casado, the CIS gave the PP 21.3% and four months later gave them 5.7 more points. In March, on the eve of formalizing the replacement of Feijóo by Casado, the CIS already scored a rise of two points to the first opposition party and in April, once elected president, the PP rose to 27.2%, its record until then and only 3.1 points behind the PSOE, which marked 30.3%, the same as in May.

Despite the fact that the CIS poll subtracts 2.8 points in vote estimates from the two main parties, it does not distribute this loss in gains for other formations, so that for the rest of the parties the situation remains very stable. Thus, Vox would lose only one tenth compared to May and with an estimated vote of 16.5%, it would exceed the results of the 2019 elections by 1.3 points.

In contrast, United We Can improves its expectations by two tenths compared to May, standing at 9.8% in voting intention but still 3.2 points behind the results of November 2019. The opposite of what happens to Más País Compromís , which lost 0.2 points compared to the previous poll and is 0.4 points behind what was obtained in the last elections.

For its part, Ciudadanos would recover one tenth and obtain 1.9% of the votes, which remains in doubt about its survival in Congress after obtaining 6.9% in 2019.

Regarding the Catalan parties, ERC lost one tenth in the last month and would win 2.4% of the votes, 1.2 points below the last elections, while JxCat remains at a vote estimate of 1 .2%, to an integer of 2019.

Another noteworthy fact of the study is that it does not approve of any leader. Not even the second vice president Yolanda Díaz who, although she remains the best valued, goes from May 5.05 to 4.91. She is followed by the leader of the opposition, Alberto Núñez Feijóo, who repeats in second place, with a 4.75. The Prime Minister is third with a 4.31. The table is closed by the leader of Vox, Santiago Abascal with a 2.83.