Sánchez launches for the comeback

Pedro Sánchez faces the last stretch of the legislature until the general elections of 2023. 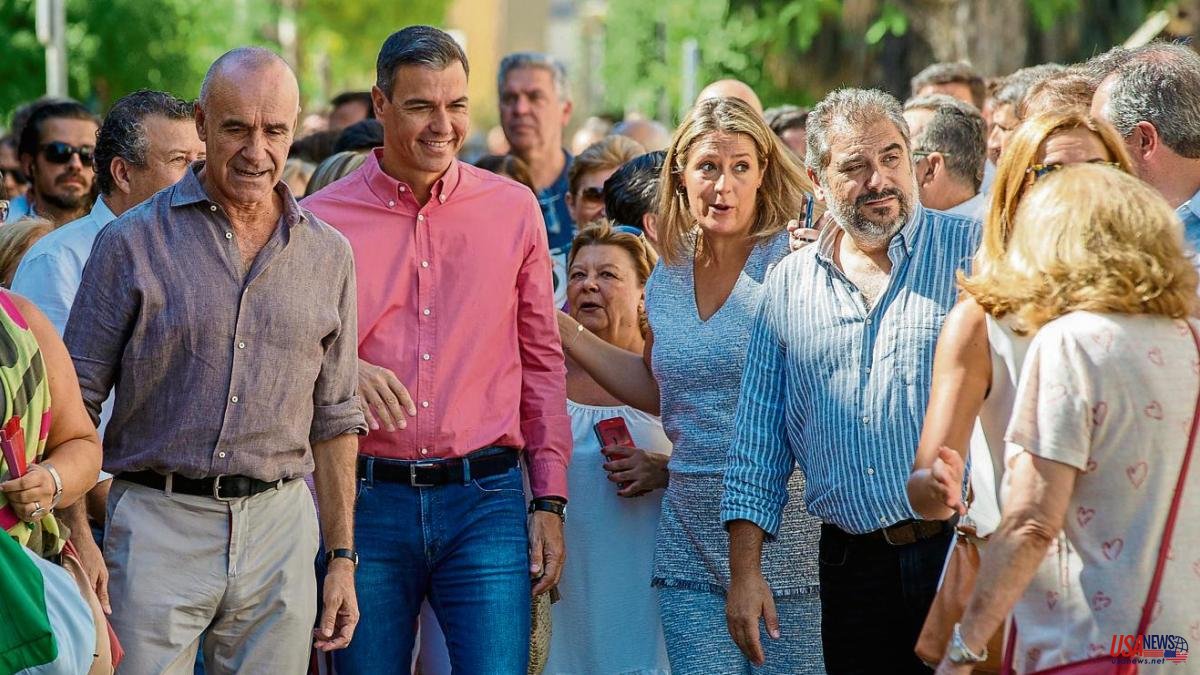 Pedro Sánchez faces the last stretch of the legislature until the general elections of 2023. If it was difficult for him to reach Moncloa, it will not be less difficult to reverse the sign of the polls when economic clouds accumulate over our heads. The president, whose competitive spirit no one disputes, goes on the counterattack to seek a comeback. These are the obstacles and his recipes to overcome them.

The polls reveal that the leftist voter is unmotivated. The first task is to put the PSOE in tune. Hence the changes made before the summer. Sánchez's concern is Andalusia, where the elections were a blow. Like in Madrid. This is not raised by Juan Espadas in a few months, so Sánchez has placed the Andalusian María Jesús Montero as deputy secretary of the party to relaunch this decaying front, while the mission of Patxi López, an empathetic and recognized figure within the PSOE, is to reconnect the leadership with the bases, in addition to the northern front, that is, to counteract the message that the socialists have forgotten the pain caused by ETA in exchange for Bildu's votes.

But it will be Sánchez who will take on the task of raising the spirits in the PSOE. He will star in the campaign "The Government of the people", which aims to bring the president closer to the street. Tomorrow he will receive a group of citizens in Moncloa (selected from among those who have sent him letters over the years) to chat with them. He will do the same for other cities. They are acts of controlled risk, looking for a photo of the closest ruler. Yesterday Sánchez was already seen testing public transport in Seville.

The president will tour Spain, as Yolanda Díaz will do to promote his Sumar project. Sánchez wants to put an end to the puyas between socialist and UP ministers. He and Díaz met when they returned from vacation and agreed that the objective is to be united, to help each other, beyond the clashes that will undoubtedly occur between the probable candidate and Podemos. Sánchez does not want to compete with Díaz, but he does want to be the benchmark of the left. For this reason, he will opt for the presidency of the Socialist International.

Economic uncertainty is the big hurdle. Nobody knows how long the war in Ukraine will last and its effects on energy and prices, but the government already admits that a difficult winter is ahead. The crisis is not going to be denied, as happened with Zapatero. On the contrary, his reasons will be explained (as Sánchez did in the debate on the state of the nation), measures will be approved and hope will be appealed to. Something similar to the story of the pandemic.

With mortgages and rents more expensive, inflation in the shopping basket and heating through the roof, the outlook is not encouraging. And tougher restrictions may have to be adopted to save energy. The recipe is to sponsor palliative measures (as was done during the pandemic with the ERTE, although of a different type) and lead that debate in Europe, as has happened with the gas bill. Sánchez will take advantage of the vacuum in Italy, the arrival of a Social Democrat at the head of Germany and the complicity of Ursula Von der Leyen in the European Commission to play that role. The Government believes that another European aid package will be necessary along the lines of cohesion funds after the pandemic or other measures that prevent a social disaster. And Sánchez wants to champion that line.

The Government will also have to face the probable disagreement between employers and unions on wage increases that, if confirmed, will lead to demonstrations and strikes towards November. Both Pedro Sánchez and Yolanda Díaz have been careful to call on businessmen to negotiate to make it clear that these possible protests will not be directed against the Executive, but against the employers. The objective is that the left-wing voter perceives the Government on behalf of the middle and working classes, pointing to the PP and Vox as champions of the interests of the companies.

In this context of crisis, the president is convinced that his allies will approve the last budgets of the legislature. Sánchez wants to convey the message that, although some did not give a penny for this "Frankenstein Government", he has managed to approve the accounts until the end, without extensions. First you have to agree with United We Can, which has just sent its proposal to the Treasury, and then with the PNV and ERC. It is possible that Bildu supports them, which makes it easier for peneuvistas to do so. With Esquerra "it always costs more", but the president is sure of achieving it.

The relationship with CKD seems to be on track. The Government will speak with the Republicans in the coming months about the reform of the crime of sedition, one of the implicit commitments derived from the dialogue table with the Generalitat. The president has been thinking about this matter since he arrived at Moncloa. He is aware that the PP will use it against him, but he considers that this story has already given everything possible. That is to say, those who reproach him for his alliances with the independence movement already decided not to vote for him a long time ago. He is discounted. And his conclusion is that he does not have to hide the pacts with ERC. Moreover, in Moncloa they believe that relations with the independence movement do not add up, but they are no longer such a heavy burden. Even Sánchez will boast of having placated a problem that the PP increased.

But one thing is to dialogue with ERC without so many complexes and another is to approve the legal change of sedition on the eve of the elections and that it monopolizes the campaign. So it would have to be addressed before Christmas.

The reform of sedition to reduce penalties (which now range from eight to fifteen years in prison), was already contemplated by Sánchez, but in the end he opted for pardons. The measure may benefit those who live abroad, such as Carles Puigdemont (Junts) and Marta Rovira (ERC). It is a crime with a difficult correlation in other European countries, at least in regard to its punishment, very harsh in Spain.

But the problems come when it comes to translating the modification of the Penal Code into a specific project. The previous Minister of Justice defended a reduction in penalties for sedition, but compensated with the creation of a crime of aggravated disobedience punishable by imprisonment (now disobedience involves fines or disqualification). ERC would not support it.

Although Sánchez denies any change of government, he admits that some ministers may be candidates in May, so there could be replacements and reduction of portfolios, something that Alberto Núñez Feijóo always criticizes him for. By the way, the relationship with the leader of the PP shows no sign of improving. There is no tune. Sánchez left his meeting with Feijóo disappointed and believes that the popular leader does not have a clear project or intention to reach agreements. But the truth is that this rival is more difficult to beat than the previous one.