Pegasus continued to ride wildly through the chamber of Congress, during the five hours of debate in which Pedro Sánchez, amid harsh criticism from both his allies and the right, reported yesterday on the initiatives he will launch to try to deflate the scandal from espionage to independence that threatens the course of the legislature. 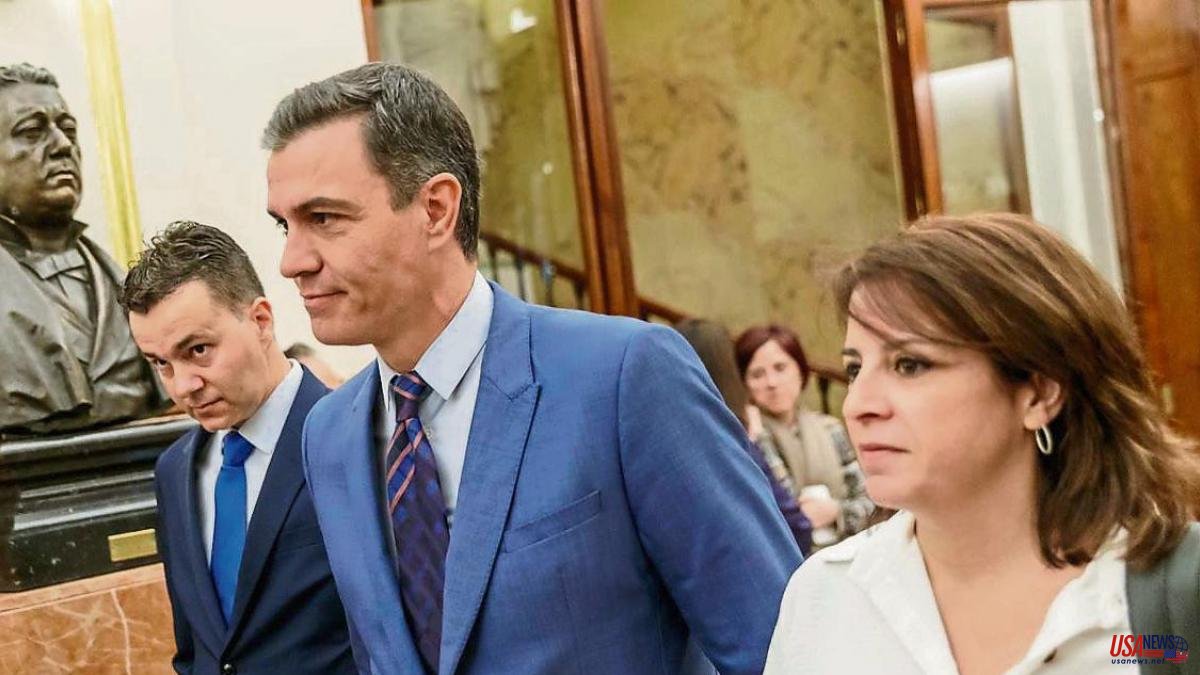 Pegasus continued to ride wildly through the chamber of Congress, during the five hours of debate in which Pedro Sánchez, amid harsh criticism from both his allies and the right, reported yesterday on the initiatives he will launch to try to deflate the scandal from espionage to independence that threatens the course of the legislature.

After the dismissal of the previous head of the CNI – who did not placate the ERC and the PNV and set the PP, Vox and Cs on fire – Sánchez confirmed the two legislative reforms with which he will try to embarrass Pegasus. In the first place, a new law on Official Secrets that will replace the one in force since 1968, in the midst of the dictatorship. “It cannot be postponed that the norm adapts to democratic and constitutional principles,” he assured. Second, a reform of the organic law that regulates the judicial control of the CNI, in line with the recommendation of the Ombudsman.

The objective, he explained, is "to reinforce the guarantees of judicial control, in addition to ensuring the maximum respect for individual and political rights." In addition, it will update the Government's national security and cybersecurity strategies. With all this, he assured him, "the necessary changes will be undertaken to prevent these security breaches from occurring again in the future."

But Sánchez did not clear up the unknowns of the Pegasus case and disassociated himself from the CNI wiretaps with judicial endorsement of 18 pro-independence leaders, including Pere Aragonès, as well as the rest of the activists whose cell phones were also infected, according to Citizen Lab. The Government sets the priorities in terms of risks to national security in its intelligence directive. But neither knows nor decides on the operational decisions of the intelligence services”, he alleged. The final decision, he justified, corresponds to the judge.

“I can't, I shouldn't decide whose phones should be tapped. But my duty is to safeguard the constitutional order”, he insisted. And he thus justified the legal listening of the CNI before the altercations of 2019 in Catalonia, after the sentence of the procés. Not only a few containers were set on fire, he alleged, but "there was an attempt to take over El Prat airport and daily sabotage on commuter trains." “There was an obvious national security problem,” he warned. And he pointed out about the rest of the wiretaps without judicial endorsement that "the Citizen Lab report itself recognizes the impossibility of knowing who is behind it."

“I can guarantee that no abuse has been tolerated nor will it be in the future,” warned Sánchez, however, who denounced “the democratic, political and economic corruption” of the governments of Mariano Rajoy. “It is fair to recognize that with this government there is no room for the illegal action of state services, nor for their undignified use, as happened in the past, or to try to cover up the shame of corruption,” he stoked the PP. "There are reserved spaces, subject to confidentiality, but always acting within the law," he defended.

Sánchez insisted on betting on dialogue to overcome the conflict in Catalonia and agreed with Aragonès that it is by no means resolved. "There is a lot of work ahead," he admitted. But he promised to devote "all my energies and political determination" to reviving this now-battered path of dialogue. "My bet is to resume the dialogue," he said at a negotiating table with the Generalitat that he demanded "to meet as soon as possible", but whose call does not materialize, just like his appointment with Aragonès. And he vindicated "the bravery and courage of those of us who are committed to dialogue, against those who want to break everything and return to 2017", alluding both to Aragonès and ERC and to Carles Puigdemont and Junts. "We are not going to retrace that path, we are going to persevere," he warned.

But Sánchez's announcements and arguments did not convince his allies in the legislature. “What have you come here to do today?” Gabriel Rufián (ERC) replied. "Why do you promise greater judicial control when you are the biggest controller of the CNI?" Aitor Esteban (PNV) was also alarmed: "I don't know what makes me more uneasy, knowing it or not knowing it," he said about the wiretapping of the independence movement. And he revealed that "the judge did not know exactly what he was authorizing." “A democratic government must know what the secret services are doing, not use them,” he warned her.

“We support the multinational majority and you spy on us”, concluded Mertxe Aizpurua (EH Bildu). "The situation has not improved, it has worsened it," warned Ferran Bel (PDECat), who said he was "absolutely disappointed."

Cuca Gamarra (PP) accused Sánchez of “kneeling” before the independence movement, and the leader of the PSOE stirred up the right: “In the government, corruption; and in the opposition, tension”. But he further irritated the right by assuring that he "respects, but does not share" that Miriam Nogueras (Junts) or Mireia Vehí (CUP) cry out: "We will do it again!" "Respecting is not endorsing," Sánchez insisted.

The chief executive denied that ideas are being pursued in Spain or that a "deep state" continues to exist, which Jaume Asens (UP) also warned about. “These practices ended with me as president,” Sánchez settled.