Sánchez is strengthened to be able to face the autumn storms

"Mission accomplished, another one", they celebrated yesterday in Moncloa after the second session of the debate on the state of the nation that will culminate today with the vote on the 138 resolution proposals from all groups and the validation of the last anti-crisis decree and others legislative initiatives of the Government, such as the Memory Law or the new judicial reform, which are already "tied up" by a sufficient parliamentary majority. 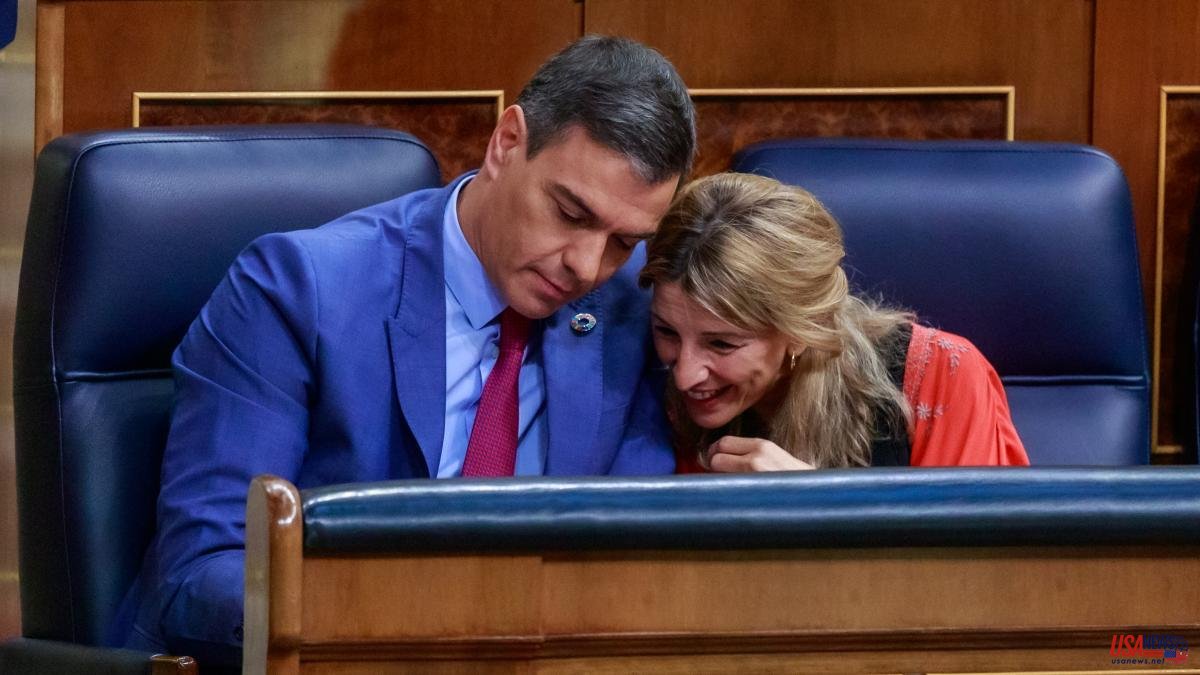 "Mission accomplished, another one", they celebrated yesterday in Moncloa after the second session of the debate on the state of the nation that will culminate today with the vote on the 138 resolution proposals from all groups and the validation of the last anti-crisis decree and others legislative initiatives of the Government, such as the Memory Law or the new judicial reform, which are already "tied up" by a sufficient parliamentary majority.

"This is unstoppable," they warn La Vanguardia. Pedro Sánchez thus left Congress yesterday “very happy”, according to his team, despite the political turmoil and economic uncertainties that paint a black picture. In the first place, they assure, due to the impact of the economic and social measures that he announced on Tuesday – new taxes on the profits of banks and electricity companies, free commuter subscriptions or more scholarships for students –, in his opinion “very brave and committed”, to “cushion the blow” of inflation. And that they assure that they convey to the public a message of “protection and security” in the face of the uncertainties and turbulence of a crisis that threatens an economic recession. In this way, Sánchez promotes high-impact initiatives that, in Moncloa's opinion, will benefit a "broad social majority." The middle and working class to which the chief executive appeals, as they explain, represents 95% of the citizenry.

The taxes on the profits of banks and energy companies to alleviate the effects of the crisis, according to the Government, also left the PP "misplaced". "24 hours later, we still don't know what Alberto Núñez Feijóo thinks, who is unable to establish a position," they warn in Moncloa.

And they add that neither did the leader of Ciudadanos, Inés Arrimadas, clarify her position yesterday. Turn to the left? Sánchez himself warned Arrimadas that the Belgian Executive of the liberal Alexander de Croo – from the same political family as the orange formation – announced precisely the day before a tax on the margins of energy companies to face the increase in inflation.

Turn to the left, yes, Pablo Echenique (Unidas Podemos), Íñigo Errejón (Más País) or Mertxe Aizpurúa (EH Bildu), while Aitor Esteban (PNV), who once again reproached "unilateral" announcements and without prior consensus, agree –“How do you intend to reach the Government and maintain a majority in the next legislature?”, he warned Sánchez–, he also did not show a frontal opposition to the new taxes.

The new measures also act as a balm, even momentary, to appease the discrepancies in the government coalition between the PSOE and United We Can. "The coalition comes out very cohesive," they say in Moncloa. They also represent a "revulsive" for the socialist ranks, saddened after the electoral debacle in Andalusia. And, despite all the misgivings of the allies, Sánchez continues to have parliamentary support to support the legislature. "Most of the investiture is still alive," they say.

They thus recognize that the PNV "always acts responsibly in times of difficulty." And that, despite the clash recorded between Sánchez and the ERC spokesman, Gabriel Rufián, on account of the bullets exhibited to disprove his immigration policy, the normalization of the institutional relationship with the Generalitat will be staged again this Friday with the meeting with Pere Aragonès .

Yesterday, Sánchez defended reactivating "as soon as possible" the dialogue table with Catalonia, "to begin to advance in concrete and tangible results." And despite the fact that Míriam Nogueras questioned his new measures and his real willingness to negotiate –“a fiscal reform is not urgent, the independence of Catalonia is urgent to stop coming here to beg”, he warned–, the chief executive urged Junts to “ get out of the freezer” and join the negotiation between governments without maximalism and with “much more pragmatic positions, in order to resolve the conflict”.

The economic uncertainty, they assume in Moncloa, demands unity. "The context requires strengthening parliamentary majorities," they acknowledge. But they assure that these majorities will be evidenced again today in the votes of Congress and in the course of the legislature. Sánchez reiterated his intention to exhaust the legislature and run for the next general elections in December 2023. "And I aspire to win them," he challenged, given the change in the political cycle promoted by Feijóo. But the important thing is not that the president showed his determination in this regard, they point out in his team, but rather that the depth of the announced measures, and the legislative agenda committed -Sánchez announced yesterday that the Government will approve the draft of the new Official Secrets Law this same July– “they justify exhausting the legislature.” "We have done a lot, but much remains to be done," they allege.

In Moncloa they highlight that the PP was "the great absentee" of the debate, even physically yesterday, since Feijóo did not attend. “The president spoke of the problems of the people and provided solutions, while the PP clung to ETA. Stirring up a non-existent problem was a miscalculation. It was not possible to contrast two programmatic or political models because the PP did not make any proposal”, they criticize.

Facing a right that in their opinion "does not know how to interpret the moment and lives anchored in the past with its partisan use of terrorism", they instead highlight the "gesture" of EH Bildu, since Mertxe Aizpurua admitted "the damage caused" by ETA terrorism. And Sánchez replied to the PP's strategy. "I have bad news to tell the right-wing bench: ETA no longer exists," he settled.