Since his current term began in January 2020, after threading a precarious simple majority for his investiture, Pedro Sánchez has assumed that carrying out each new law or initiative would cost him blood, sweat and tears. 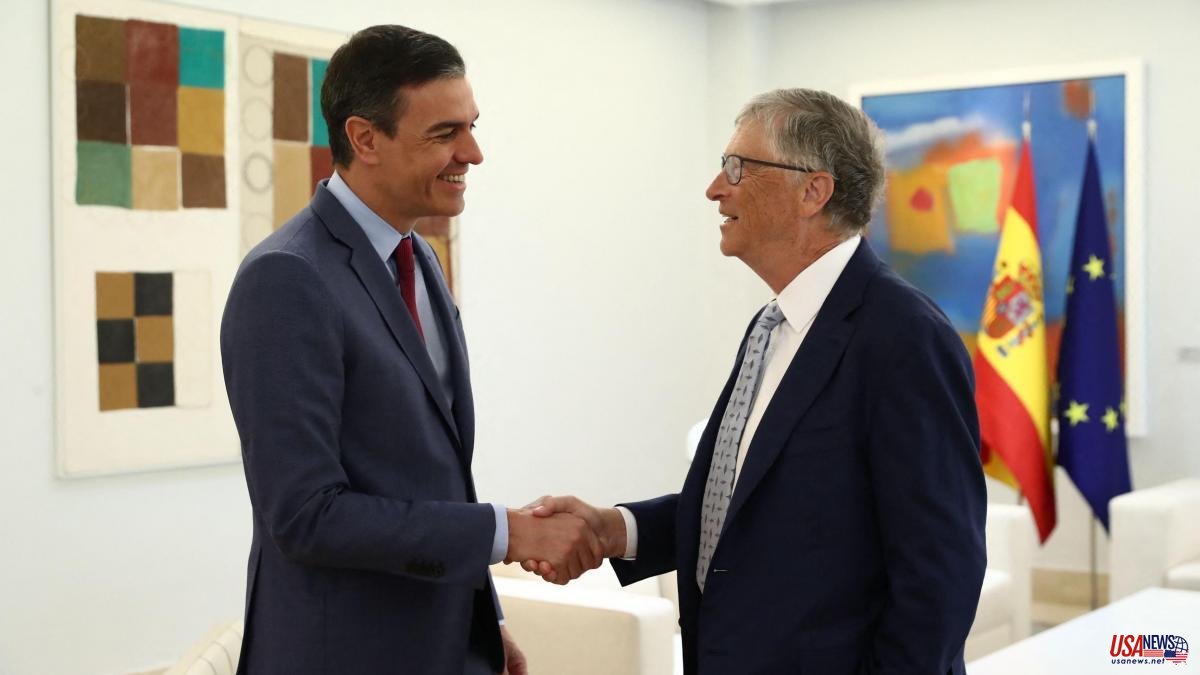 Since his current term began in January 2020, after threading a precarious simple majority for his investiture, Pedro Sánchez has assumed that carrying out each new law or initiative would cost him blood, sweat and tears. A constant vertigo, due to his parliamentary minority.

The first coalition government of democracy, between the PSOE and United We Can -with the PNV as a "priority partner", despite the fact that the Jeltzales deny such qualification-, started with that fragile majority of the investiture of 167 yeses against 165 noes, thanks to the 18 abstentions of ERC and EH Bildu. But, despite the storms of the pandemic and with the huge European recovery funds, Sánchez managed to add robust absolute majorities of up to 189 and 188 seats, to approve two consecutive general state budgets, those of 2021 and 2022, “in time and shape” for the first time in years.

These large budgetary majorities offered an image of stability to the Government -despite the constant friction between the PSOE and United We Can- that guaranteed that Sánchez exhausted his term, as he intends and in the face of the "destructive opposition" of the PP, in December 2023.

In the midst of continuous turbulence, Sánchez is now heading for his third budget. The Minister of Finance, María Jesús Montero, is already at work again with the accounts project, now for 2023. First of all, to bring "very soon", as she announces, the so-called spending ceiling to the Council of Ministers. These third budgets will also benefit, once again, from the suspension of the fiscal rules agreed in Brussels. The objective, therefore, is to once again comply with the formal calendar, in order to have the accounts approved before the expiration of this year.

But the political gorge through which Sánchez travels narrows every day, as was proven last Thursday in another exhausting, tense and dizzying session in Congress. The debate on the scandal of the Pegasus case once again tightened the seams of the majority of the legislature, while the relationship between the PSOE and the ERC is going through its most critical moment in the face of the unknowns not cleared up by the espionage of independence. Other regular partners, such as the PNV, EH Bildu or the PDECat, reiterated their serious warnings to Sánchez.

And then the voting, on another day of infarction, again offered a very confusing picture of the support that the Government is seeking or is forced to seek to save its initiatives. Once again, as they showed their chests in Moncloa and in the PSOE, the four laws under examination were approved. The Audiovisual law went ahead thanks to the PP and Ciudadanos, it was registered as the first rule from the Council of Ministers that broke the voting unit between the PSOE and United We Can, and the ERC insisted on getting out of the equation, as it already did with the labor reform or the anti-crisis plan for the war in Ukraine.

The majority of the legislature broke again, and last-minute variable geometries once again saved the Executive's furniture. In Moncloa and the PSOE they celebrate that the formula, despite the headaches caused by the squeezing of parliamentary arithmetic in each vote, is settled successfully. "The laws come out, which is the important thing," they allege. “Variable geometry will be a daily agony, but it approves laws. All laws!”, they highlight. "It's what governing in the minority has to do," they acknowledge, in the face of the sweat caused by having to save each game ball at the last minute. Although they assume that they are already used to this non-living: "This is how it has been from the beginning, and this is how it will be until the end", they resign themselves.

Faced with the misgivings and resentments of partners and allies, Sánchez is thus doomed to a very dangerous variable geometry, because any day it can fail. In Moncloa they cling to Sánchez's "proven ability to forge majorities." And the laws come out, yes, but in the PSOE they also admit that "we are leaving hairs in the cat flap" in each of these dizzying votes, which end up reflecting an image of "fragility and instability". From a chief executive, as always, walking the wire.

The imminent legislative agenda of the Government predicts new storms, in a panorama of uncertainty, to be able to approve the Housing Law, the reform of the Gag Law, that of Democratic Memory, that of the pension funds... and the next budgets such as colophon.

After the tensions and fractures of the day before, however, Sánchez yesterday wanted to stage the inexhaustible resistance of his "progressive coalition government", as he repeatedly called it, in an act together with Yolanda Díaz and ministers of the PSOE and United We Can, whom he defined as a "great team". "We have done a lot, but we still have a lot to do, above any adversity," he assured.