Pedro Sánchez has charged against the Popular Party at the PSOE municipal meeting held today in the City of Arts and Sciences in Valencia. 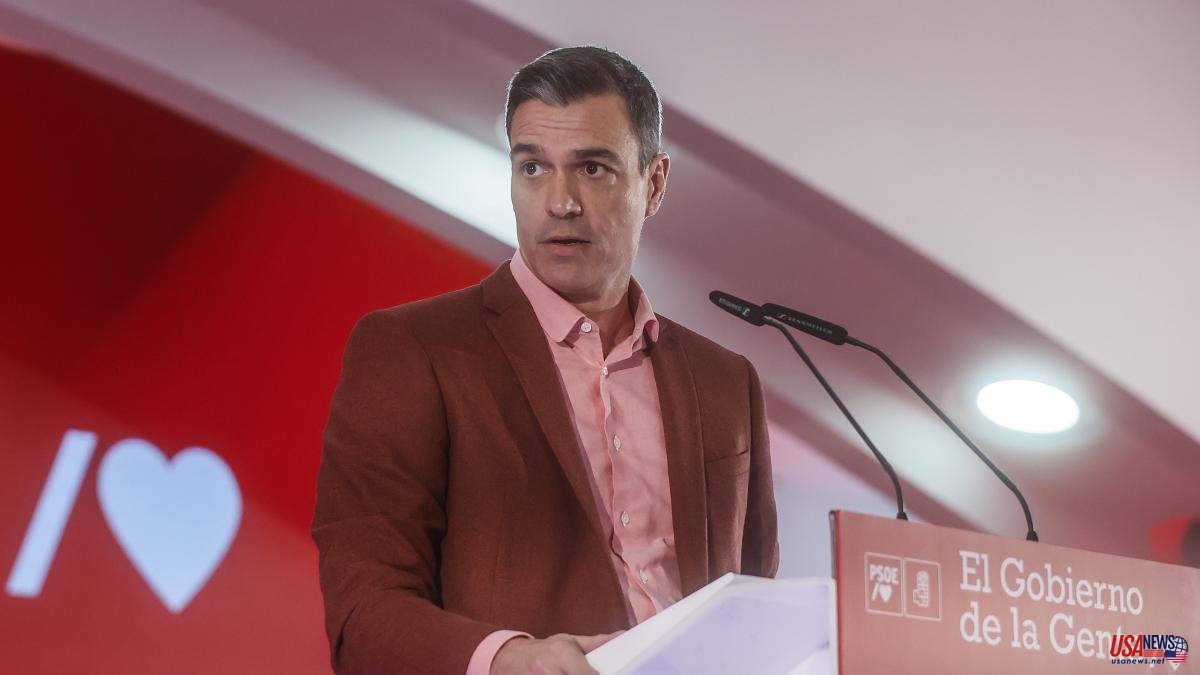 Pedro Sánchez has charged against the Popular Party at the PSOE municipal meeting held today in the City of Arts and Sciences in Valencia. The President of the Government has insisted on the "blockade" of the Constitutional Court and the General Council of the Judiciary by the PP, thus "breaking" the Constitution.

Sánchez has wondered "why this climate, this tension, this degree of insults" that the PSOE receives in Congress. He has highlighted that, in these last four years of government, the PP "has only had one approach to government": early elections. Faced with crises such as the pandemic, the volcano in the Canary Islands or "Putin's", the PP has proposed "early elections every day and for everything", according to the president.

“When they win the elections, what they have to do is keep those they name in the posts, even if it is for life, and that is what they are doing in the General Council of the Judiciary, in breach of the Constitution, and now in the Constitutional Court", he remarked. “And if for that they need to block parliament, they don't cut a hair, they go and do it. This is how the right and the extreme right understand democracy in this country ”, he added.

Sánchez has explained the importance of the renovation of the Constitutional Court and has expressed that there are "many people on the street who say that this is a thing for politicians among politicians." To do this, he has given an example of the "decades of feminist struggle" that the US Supreme Court, "a consolidated democracy", has left "behind" saying that the right to voluntary termination of pregnancy in June was unconstitutional of this year.

Sánchez recalled that, right now, in the TC, the labor reform agreed between the government, the unions and the employers is being appealed by the right and the ultra-right. As well as the law of voluntary interruption of pregnancy, the one of equality that Zapatero approved or the one of euthanasia. "The magistrates of the constitutional court make very important decisions for this country", "it is entirely reasonable that these decisions are made with full legitimacy and in full power of their powers and not with an expired mandate, which is what we have today in the Constitutional Court”, he asserted.

In this sense, he has alluded to Feijóo and has wondered "what he paints in all this": "If the interests to which they obey (which are not those of the majority) tell them that they have to use parliament to block the renewal of the Constitutional Court and the government of the judges, because they go and do it”. And he added: "They are not aware that they have a temporary and precarious contract like those before the labor reform and that, if they do not obey, the same thing will happen to them as to Casado and his management."

With this, he has also compared Feijóo's PP with that of Casado. He does not see "a big difference" between the current leadership of the PP and the previous one: "Perhaps before they called me a felon and a traitor and today they call me a dictator and a coup plotter, those who did not come to insult."

Pedro Sánchez has closed the act accompanied by Ximo Puig, the president of the Generalitat Valenciana; Sandra Gómez, vice mayor of Valencia and other socialist municipal candidates from the rest of Spain.