The President of the Government, Pedro Sánchez, has been interviewed tonight by the journalist Xabier Fortes in a special edition of La Noche en 24 Horas, offered simultaneously on La1, channel 24 Horas, Radio 5 and RTVE. 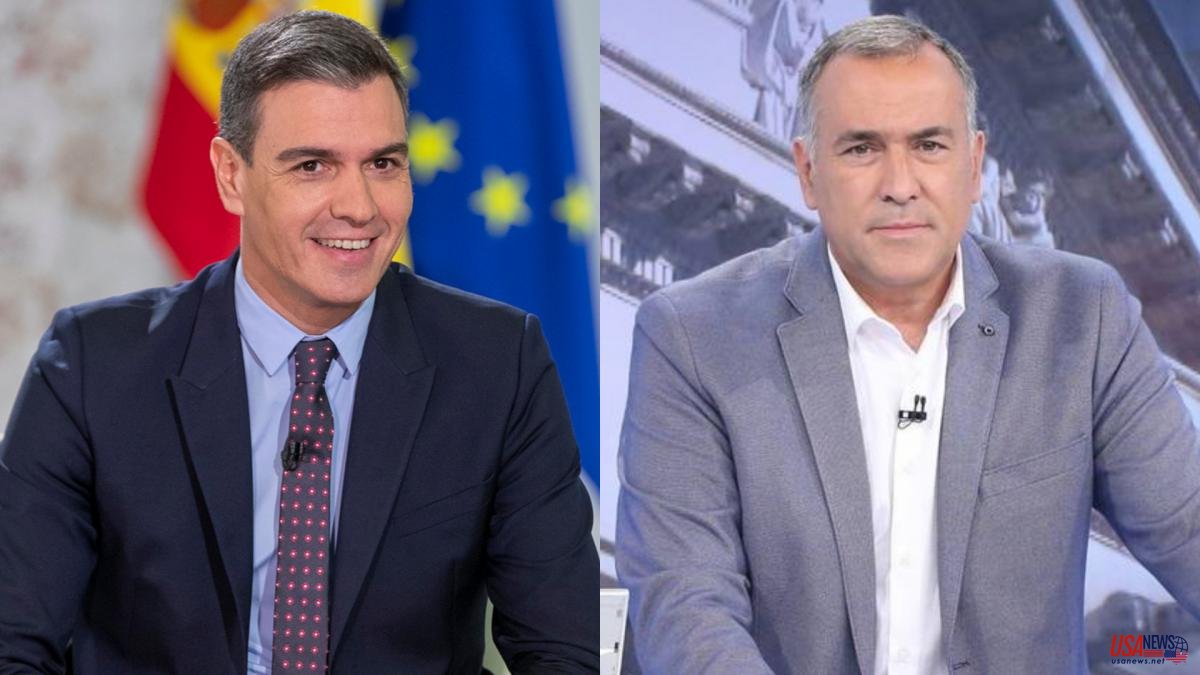 The President of the Government, Pedro Sánchez, has been interviewed tonight by the journalist Xabier Fortes in a special edition of La Noche en 24 Horas, offered simultaneously on La1, channel 24 Horas, Radio 5 and RTVE.es, from the Palacio de la Moncloa, seat of the Presidency of the Government.

The interview began with the economic outlook and inflation. "The high prices are not only in Spain, but throughout Europe", Sánchez pointed out that the Government defends the adoption of measures "to protect the working middle class. We have to ensure that the costs of this crisis are shared equitably" It points to the uncertainty, due to the energy crisis, as a consequence of the war in Ukraine, "it depends on whether Putin completely cuts off gas to the European Union," Sánchez said, assuring that Brussels is assuming measures that the Government has proposed. today, in terms of energy, there is no more credible country in the EU than Spain.

Sánchez hopes to "convince" France of the possibility of increasing gas interconnections with France, referring to the MidCat gas pipeline, and has also stressed that gas from Algeria "is guaranteed" despite the "discord" due to the Western Sahara and that Spain's position is to "be in solidarity" with the partners of the European Union (EU) that most depend on Russian gas, such as Germany, for example.

Asked about the lack of agreement to renew the third of the Constitution that is shared between the General Council of the Judiciary (CGPJ) and the Executive, whose mandate ended today and that supposes a breach of the current law by the governing body of the judges, the President of the Government has asked the CGPJ for "responsibility" so that "as soon as possible" it proposes the two magistrates that correspond to it for the renewal of the Constitutional Court, whose legal term ended this Tuesday without any progress.

The Judiciary, which has been in office for nearly four years due to the lack of a political agreement for its renewal, has failed to comply with the legal term set to appoint the two Constitutional Court magistrates that correspond to it, to whom will be added two new ones it is up to the Government to designate. Sánchez has said that he knows that "there are negotiations" in the CGPJ to appoint the two magistrates of their corresponding quota and hopes that "in a few days" we will have his proposal. "From the Executive Power, respecting the independence of the Judiciary, the only thing I can do is call for responsibility and that as soon as possible we can have the two candidates proposed by the CGPJ," he said.

Sánchez has assured that the renewal of the CGPJ "in five minutes could be unlocked", but has blamed the PP for this not being the case. "Citizens have to know that behind this equidistance in which the PP is hiding to block the renewal there is no shared responsibility. It is solely and exclusively due to a blockade by the PP", he assured.

In his opinion, the PP is causing this situation to "try to repeal advances and social conquests" that the popular have appealed to the Constitutional Court, and has mentioned the euthanasia law, the voluntary interruption of pregnancy law and the Celáa law .

Likewise, he has indicated that he shares the "indignation" of the president of the CGPJ, Carlos Lesmes, since the governing body of the judges "has been in office for too long" and this is "deteriorating a lot" of the Judiciary.

Before ending the interview, Sánchez indicated that the Government is "fully coordinated" with the Royal House and has avoided giving his opinion on the attendance of King Juan Carlos I at Isabel II's funeral. "We care, in the best sense of the word, about the delegation headed by the head of state and the queen"

The President of the Government returns to RTVE after three months without going to any of its spaces. The last occasion was the program La hora de La 1 on June 30, 2022, and interviewed by the journalist Marc Sala at IFEMA. Sánchez analyzed the measures and future strategies that emerged from the NATO Summit in Madrid.

A few months ago, on February 28, Pedro Sánchez answered Carlos Franganillo's questions about the recent war started in Ukraine by Russia.