The reduction of VAT on gas from 21% to 5% was the star proposal of the leader of the PP, Alberto Núñez Feijóo, to face the face to face with the President of the Government, Pedro Sánchez, which will take place next Tuesday in the Senate, where The Chief Executive will appear at his own request to report on the energy saving plan. 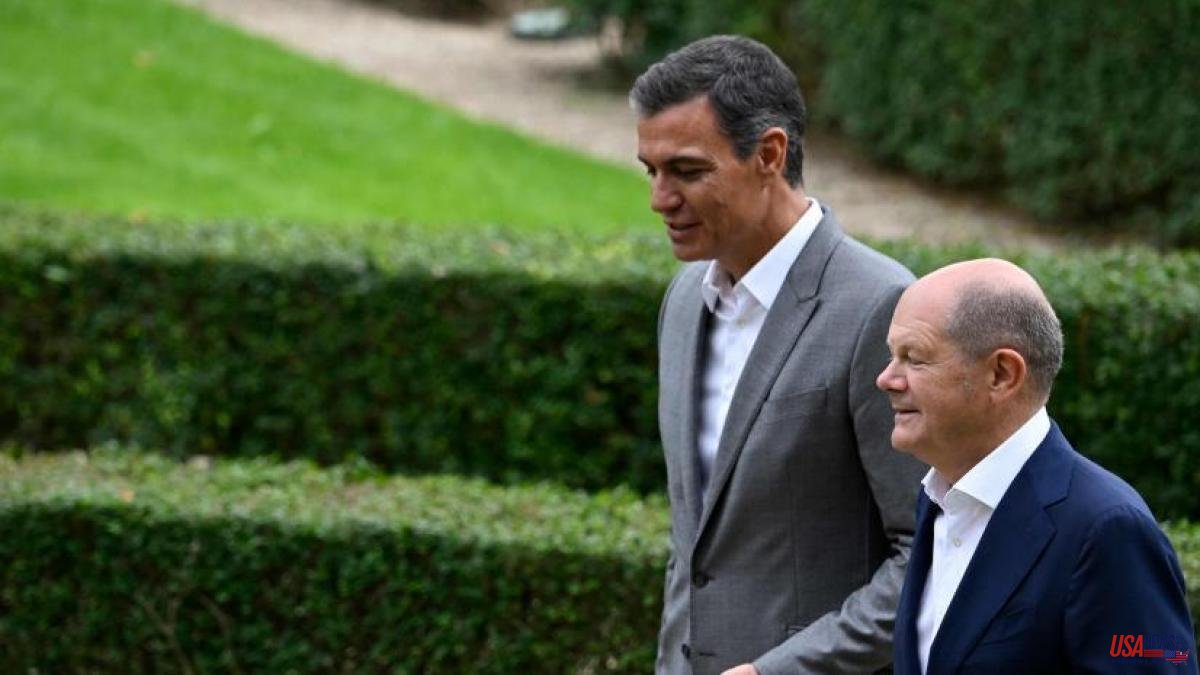 The reduction of VAT on gas from 21% to 5% was the star proposal of the leader of the PP, Alberto Núñez Feijóo, to face the face to face with the President of the Government, Pedro Sánchez, which will take place next Tuesday in the Senate, where The Chief Executive will appear at his own request to report on the energy saving plan. And Sánchez has already made it his own.

In an interview in La Ser, the President of the Government announced this reduction, which, as he explained, will come into force in October and will continue until December 31, although the Executive will try to extend it beyond this year and while it lasts the Ukrainian war.

The head of the Executive, who has conveyed that the Government "works to protect the middle and working class" and "vulnerable groups", has considered it "reasonable" to reduce the price of the heating bill for autumn and winter in such a difficult situation, alluding to the consequences of the war in Ukraine. "The idea is that there is fiscal justice, an equitable distribution of the consequences of Putin's war," he said.

This gas VAT reduction has been raised on several occasions by different PP leaders and was one of the demands that Feijóo wanted to present in the Senate on Tuesday. Precisely, Sánchez will raise the reduction in this appearance "in line with the economic policy that we are deploying at the beginning of the energy crisis", according to what he has stated. Sánchez also recalled that his Executive has promoted a "fair distribution of the cost of the war" with taxes on large energy companies and large financial entities.

The head of the Executive has not been satisfied with appropriating Feijóo's proposal but rather has tried to differentiate a government, his, that "works for the middle and working classes" - an idea that he has reiterated up to nine times - with the political of the PP -reflected in the different votes in Congress- since Feijóo leads it, in his opinion, "quite docile with those interests that put him at the head" of the party.

Since the beginning of the year, the escalation in the price of gas has been transferring to household bills, with revisions that show increases of up to 200% in rates in the most extreme cases. In the wholesale market, gas – the TTF price in the Netherlands is used as a reference – has reached all-time highs in recent days.

The increase in gas has been quieter than that of electricity bills, which have focused attention and the first measures taken by the Executive to curb the impact of the war in Ukraine, with the reduction of taxes and later with the cap algae. In any case, August has been the month with the highest wholesale price in history and the second most expensive invoice, only surpassed by March.

On the problems of gas supply to Europe, Sánchez has confirmed that "he does not contemplate" cuts in Spain: "The context is very uncertain, but we have a safer situation than other countries", highlighted the president, who wanted to show his chest of his management by recalling that during these months of "energy crisis" he has reduced taxes related to the electricity bill by 80%, something that represents "savings for taxpayers of around 10,000 million euros".

Sánchez has defended the management of his Executive to get the so-called 'Iberian exception' set in motion, which despite limiting the price of gas has not prevented this summer from being the most expensive in history. However, this mechanism, which establishes a maximum price for gas used for electricity generation, is serving as a brake to prevent prices from being even higher, and keeps them well below the prices set by the main European economies: "This mechanism is containing the rise in the bill around 15%", he assured.

The head of the Executive has also referred to relations with Algeria, Spain's main gas supplier, deteriorated as a result of the agreement with Morocco for the Sahara. "I have always defended that Spain can have excellent relations with neighboring countries such as Morocco and Algeria", said Sánchez, who acknowledged that "we are working so that relations can be redirected".

In another order of things, Sánchez has accused the PP of making a "spurious and shameless use" of the Government's anti-terrorist policy, after learning yesterday of the transfer to Basque prisons of thirteen ETA members, including the former leaders of the gang Txapote and Parot. At the same time, he recalled that the Popular Party brought ETA prisoners closer to prisons in the Basque Country "while the terrorist group killed and kidnapped people", during the mandate of José María Aznar.

On the other hand, Sánchez has guaranteed that the 2023 Budgets will include the increase in defense spending that he committed to with NATO at the Madrid summit without polemicizing with the second vice president, Yolanda Díaz, whom he has said is "loyal" with the Government and that you feel comfortable with it.